This 2017 video is called Ötzi The Iceman. Film documentary.

Alongside Ötzi the Iceman: A bounty of ancient mosses and liverworts

Buried alongside the famous Ötzi the Iceman are at least 75 species of bryophytes — mosses and liverworts — which hold clues to Ötzi’s surroundings, according to a study released October 30, 2019 in the open-access journal PLOS ONE by James Dickson of the University of Glasgow, UK and colleagues at the University of Innsbruck.

Ötzi the Iceman is a remarkable 5,300-year-old human specimen found frozen in ice approximately 3,200 meters above sea level in the Italian Alps. He was frozen alongside his clothing and gear as well as an abundant assemblage of plants and fungi. In this study, Dickson and colleagues aimed to identify the mosses and liverworts preserved alongside the Iceman.

Today, 23 bryophyte species live the area near where Ötzi was found, but inside the ice, the researchers identified thousands of preserved bryophyte fragments representing at least 75 species. It is the only site of such high altitude with bryophytes preserved over thousands of years. Notably, the assemblage includes a variety of mosses ranging from low-elevation to high-elevation species, as well as 10 species of liverworts, which are very rarely preserved in archaeological sites. Only 30% of the identified bryophytes appear to have been local species, with the rest having been transported to the spot in Ötzi’s gut or clothing or by large mammalian herbivores whose droppings ended up frozen alongside the Iceman.

From these remains, the researchers infer that the bryophyte community in the Alps around 5,000 years ago was generally similar to that of today. Furthermore, the non-local species help to confirm the path Ötzi took to his final resting place. Several of the identified moss species thrive today in the lower Schnalstal valley, suggesting that Ötzi traveled along the valley during his ascent. This conclusion is corroborated by previous pollen research, which also pinpointed Schnalstal as the Iceman’s likely route of ascent.

Dickson adds, “Most members of the public are unlikely to be knowledgeable about bryophytes (mosses and liverworts). However, no fewer than 75 species of these important investigative clues were found when the Iceman (aka Ötzi) was removed from the ice. They were recovered as mostly small scraps from the ice around him, from his clothes and gear, and even from his alimentary tract. Those findings prompted the questions: Where did the fragments come from? How precisely did they get there? How do they help our understanding of the Iceman?”

This Dutch RTV Drenthe video says about itself (translated):

The Roeg! TV show this week is about the spruce forests in our province and a rare moss species in Meppel. In Drenthe, new reserves have been declared; the Forestry Commission and the Mushroom Task Force Drenthe have designated some spruce forests as mushrooms reserves. For in these woods nowadays you can find all kinds of special mushrooms.

Near Meppel grows a rare moss species: slender green feather moss. It grows only there, but abundantly so.

Warden Jitske Esselaar reports from Texel island in the Netherlands about moss research.

Ceres is a small meadow nature reserve close to the Wadden Sea.

During research in Ceres, 31 moss species were found. They included common species, like green silk moss. And rare species, like crisped fork-moss.

One Ceres species was new for Texel: Dicranella varia.

Without oxygen from ancient moss you wouldn’t be alive today: here. 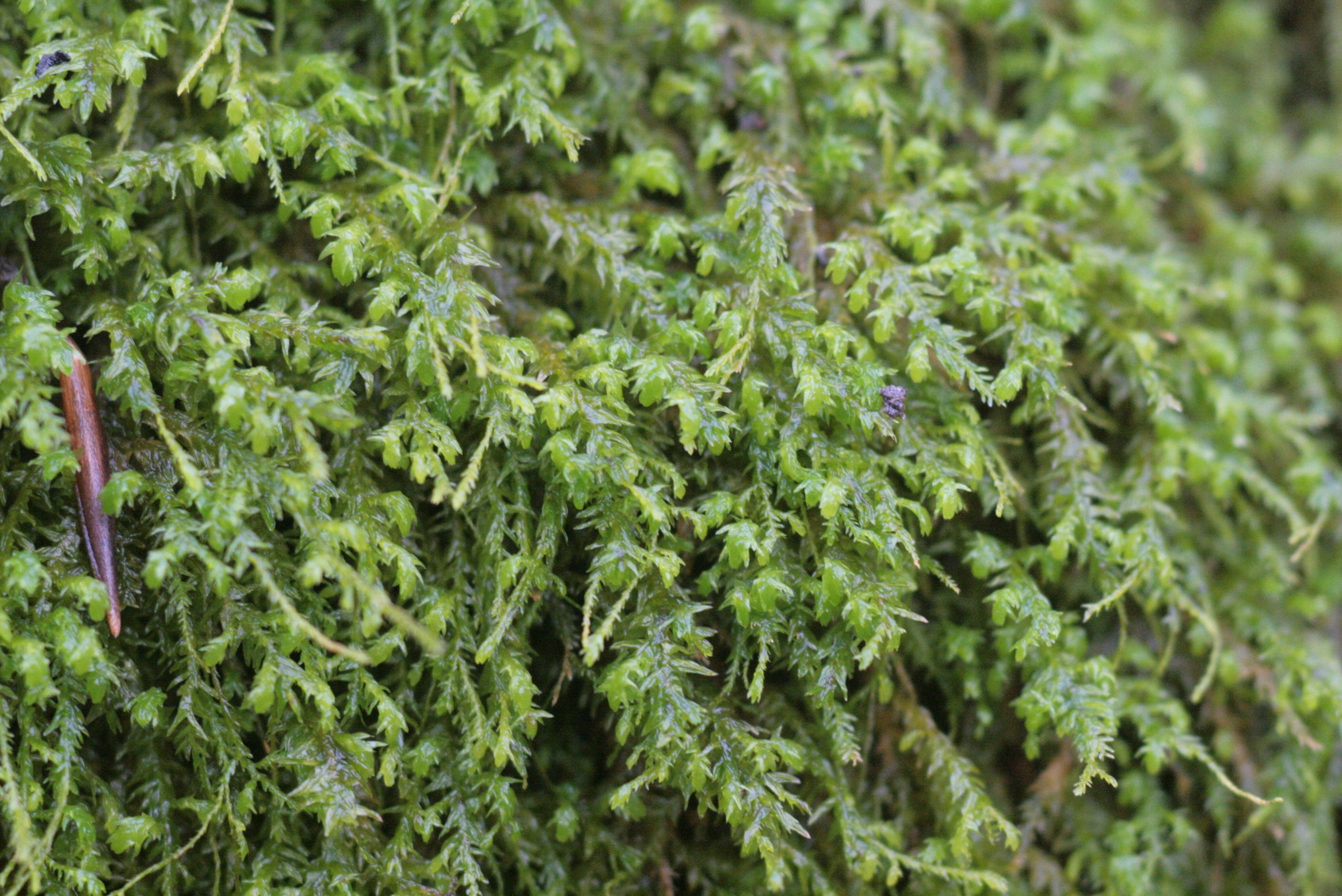 Recently, in nature reserve Beuningse Uiterwaarden, along the Waal river in the Netherlands, a rare moss species was discovered.

The species had been found at a few places in the Netherlands before, but in much smaller quantities.

This video is about a skylark singing on a branch.

After 2 May 2015, 3 May 2015 in Dwingelderveld national park; more especially, its southern Kloosterveld part.

Also some house martins, not as numerous here as barn swallows, come to collect mud for their nests.

A chaffinch sings. A curlew calls.

A skylark sings. Unlike the bird on the video at the top of this blog post, it sings while flying, not from a branch.

A northern wheatear on a pole.

A stonechat on a wire.

At some spots, moss grows.

The sheep are in this nature reserve to prevent it from becoming overgrown. At this time of the year, they have lambs.

And then came the afternoon … with rain, lots of it …

This is part two of my guide to mosses and other bryophytes. Part two provides a general introduction to mosses and how to identify them.

In West Brabant there is a special forest reserve, the estate Mattemburgh. The forest on the estate was planted in 1880. For many decades, there has been no management in the forest, so many fallen trees are found there. On the rotting wood moss experts of KNNV Roosendaal found last year three nationally rare mosses: rustwort, Silesian feather-moss and Riccardia latifrons. Riccardia latifrons is very rare and was so far only known from forests in the Veluwe region.

Walking through the forest, one sees a wilderness of mushrooms, ferns and blueberries. But particularly striking are the many fallen and dead trees, especially pines. Recently, they attracted many mosses.

The common liverwort is a living link to the transition from marine algae to land plants. Biologists have analyzed the genome sequence of the common liverwort (Marchantia polymorpha) to identify genes and gene families that were deemed crucial to plant evolution and have been conserved over millions of years and across plant lineages: here.

Liverwort plants contain a painkiller similar to the one in marijuana. The THC-like substance may have medical benefits minus the same kind of high. By Jennifer Leman, 5:34pm, October 24, 2018.

This video is about mosses.

Translated from Vroege Vogels radio in the Netherlands, 8 March 2015:

At the edge of the blast site of Tata Steel in Velsen two new special moss species were discovered by Henk Siebel: Ceratodon conicus and Didymodon umbrosus.

Probably they came with transport (boat or truck) for Tata Steel, then the two new mosses settled in the industrial area.

These species had never been seen in the Netherlands before.

This is an Orthotrichum comosum photo by Rafael Medina in Spain.

Translated from Dutch VARA radio and the Dutch Bryological and Lichenological Society:

In the center of Hilversum a new moss species has been discovered: Orthotrichum comosum. Never before seen in Western Europe and even worldwide it still is a novice. On Vroege Vogels Radio Henk Siebel of the Bryologische and Lichenologische Werkgroep revealed this unique find. Recently there was a scientific publication on this new moss species. Siebel believed he recognized the moss which he had photographed half a year earlier on a Norway maple in his hometown Hilversum. An interesting finding because the species occurs mainly in Mediterranean mountain areas. It is suspected that climate change now in the Netherlands is creating the right conditions for this species.

This video from Alaska is about Wrangell-St. Elias National Park.

From the Alaska Dispatch News:

A rare type of moss never before spotted on U.S. soil has been discovered growing in Alaska’s Wrangell-Elias National Park, scientists reported in a study published in the journal Evansia.

A routine plant survey, part of a National Park Service program intended to create baseline data about the vegetation in three Interior Alaska national parks, turned up a moss of the species Trematodon laetevirens, the scientists report. That species, so obscure there is no common name, has been found in only one other North American site — in Canada’s Yukon Territory — and is also known to grow in Greenland and Scandinavia, according to the scientists.

The moss was found in a boulder field near the upper reaches of Trail Creek, a tributary of the Nabesna River, according to the study.

The discovery was made during a multiyear vegetation survey in which species growing in various study plots were cataloged, said Sarah Stehn, a Denali National Park botanist who was part of the team that found the Trematodon laetevirens.

“We weren’t looking for these guys at all, beyond the fact that we were recording all the bryophyte species that were in our monitoring plots,” said Stehn, the study’s lead author.

Trematodon laetevirens is distinguished by its long bristle, its straight, smooth-necked capsule and its long, narrow leaves, according to the study. Stehn described it as “a small green moss that grows upright in a little tuft.” The team found it growing in rock crevices, she said.

This video about mosses is called Nonvascular Plants | Biology.

The discoverer of the species, Melchior van Tweel, found the Purple-fringed Riccia (Ricciocarpos natans) during a cycling holiday in Lemelerveld village along the Overijssel canal.