This 26 November 2018 video from Australia says about itself:

‘What we want is more learning in schools and less activism in schools’, prime minister Scott Morrison yells after being asked a question about school students participating in a climate change strike. Greens MP Adam Bandt asked if the PM would ‘listen to these kids, who are demanding your government to keep coal in the ground?’ Morrison’s response was that they should stay in school and leave politics to those ‘outside of school’.

By Oscar Grenfell in Australia:

Morrison’s comments were in the lead-up to a national series of high school “walk-outs for climate action” this Friday, including in Sydney, Melbourne and other capital cities. Protests have already been held involving students in regional and rural areas over the past weeks. The actions have been shared and promoted by thousands of young people on Facebook.

Morrison contemptuously declared, during question time in the House of Representatives, that “kids should go to school.” He stated, “We do not support our schools being turned into parliaments… What we want is more learning in schools and less activism in schools.”

The clear message was the young people should keep quiet and that measures should be taken to discourage students from engaging in political action, and to punish those who do.

Morrison’s comments demonstrated that the Coalition government and the entire ruling establishment are intensely fearful of the entrance of students and youth into political struggle. They are well aware that there is widespread anger among young people over environmental destruction, endless wars, soaring social inequality and a turn to authoritarian and anti-democratic forms of rule.

Every opinion poll of young people has demonstrated growing hostility to Labor, the Liberal-Nationals and the entire political set-up. There is also mounting opposition to capitalism, and an attraction to a socialist alternative.

A report by the Centre for Independent Studies (CIS), a right-wing think tank, worriedly noted in June that the overwhelming majority of Australian young people have indicated that they favour socialism over capitalism.

The parliamentary parties know that their agenda of tax cuts for the wealthy, the destruction of public healthcare and education, an offensive against jobs, wages and conditions, and the ever-closer alignment of Australia with the US-led preparations for war with China, will produce mass opposition.

Amid a slowdown of the property market, acute social inequality and mounting poverty, the ruling class is sitting atop a social powder-keg. Throughout the 20th century, and the first two decades of the new millennium, social movements among students and young people have always presaged mass struggles by the working class. 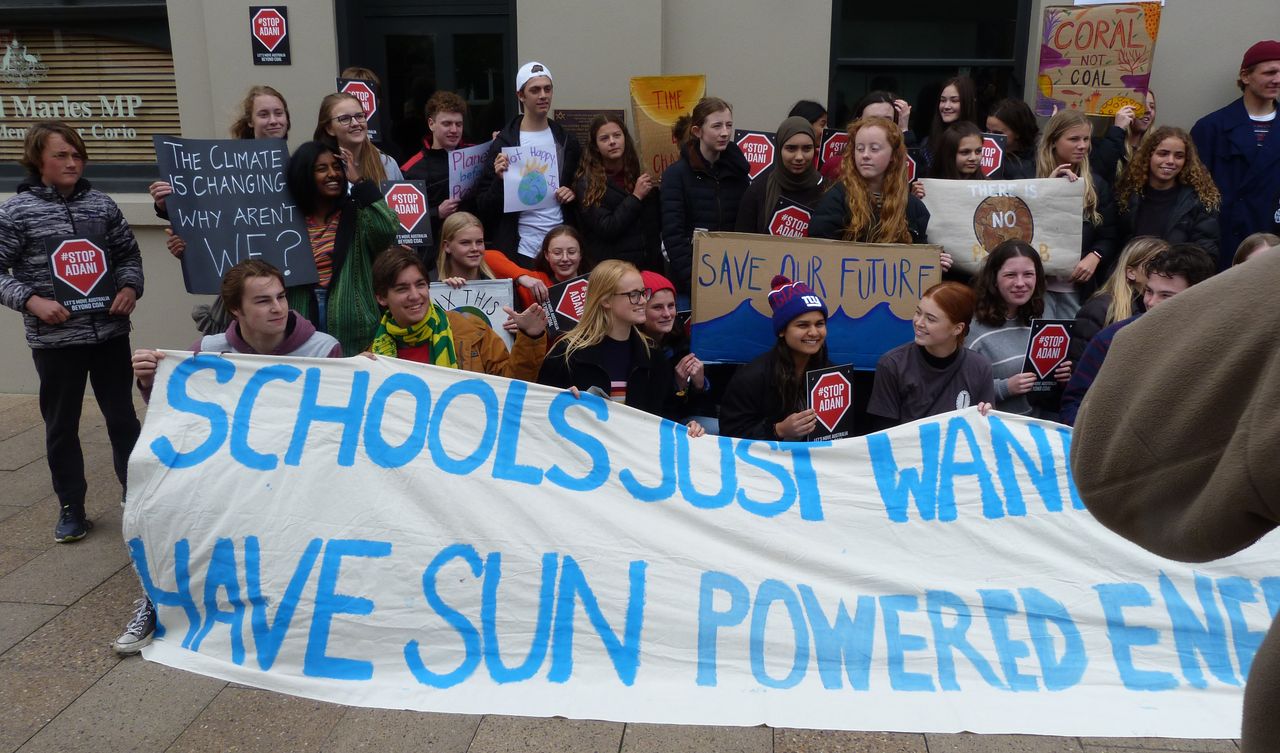 While they have been small thus far, the character of the high school climate protests has no doubt caused concern within ruling circles. They have been organised independently of the official political parties, including Labor and the Greens, as well as the unions, and inspired by similar protests by students in Scandinavia and throughout Europe.

The movement has largely been built through social media, amid an ongoing discussion in ruling circles in Australia, and internationally, on the need to crack down on the dissemination of political information online and the use of the internet to organise the struggles of workers and young people.

The issue of climate change, moreover, points to the urgent necessity for the reorganisation of the world economy in the interests of social need, not private profit.

A report released this week by the US Global Change Research Program found that the impact of climate change is “already being felt” and that it is “expected to further disrupt many areas of life, exacerbating existing challenges to prosperity posed by aging and deteriorating infrastructure, stressed ecosystems, and economic inequality.”

The Coalition government is particularly sensitive to growing concern over the environment. It is dominated by “climate change skeptics” who deny the global consensus of scientists that anthropogenic climate change is a reality, in large part because of the Coalition’s close ties to the coal industry.

What is required is a new political perspective, oriented towards the mobilisation of the international working class, the revolutionary social force that produces all wealth, and whose objective interests are opposed to the dominance of society by a tiny corporate elite, and the irrational division of the globe into competing capitalist nation-states.

Climate change is a product of the private market and is an inherently global issue. It can only be resolved through the abolition of capitalism, and the socialist reorganisation of society by the working class.

Under socialism, the vast productive forces and technological capacities developed by the working class would be harnessed to resolve all social problems, including climate change. Trillions of dollars would be allocated to ensuring the rapid reductions in carbon emissions required to halt climate change. The technologies for carrying this out, which already exist, would be developed on the basis of the collaboration of scientists from all over the world. The subordination of scientific work and research to the profit demands of the corporate oligarchy would be ended.

Australia’s Liberal Party, which is in a federal coalition government with the rural-based National Party, continues to be wracked by bitter factional conflicts in the wake of the August political coup that ousted Prime Minister Malcolm Turnbull and installed Scott Morrison in his place: here.

Allegations of stalking, sexual assault and inappropriate text messages are among a series of complaints against former Liberal National MP Jason Costigan revealed by the LNP in the Queensland Parliament on Tuesday: here.