Australian students have gone on strike from school and have converged on urban and regional centres demanding the government take action on climate change.

Last Friday, around 2,000 high school students in Newcastle, a New South Wales port city 160 kilometres north of Sydney, took part in a national strike against the refusal of governments to address climate change.

Like rallies on the same day in Sydney, Melbourne and other areas, the Newcastle protest was attended by high school students of varying ages, along with parents and teachers.

In addition to expressing their anger over environmental destruction, students spoke out against war, social inequality and the turn to authoritarianism. Newcastle has been hard hit by decades of job cuts, and the closure of entire industries. As in other regional centres, youth face a future of insecure and casual work, unemployment and associated social problems. 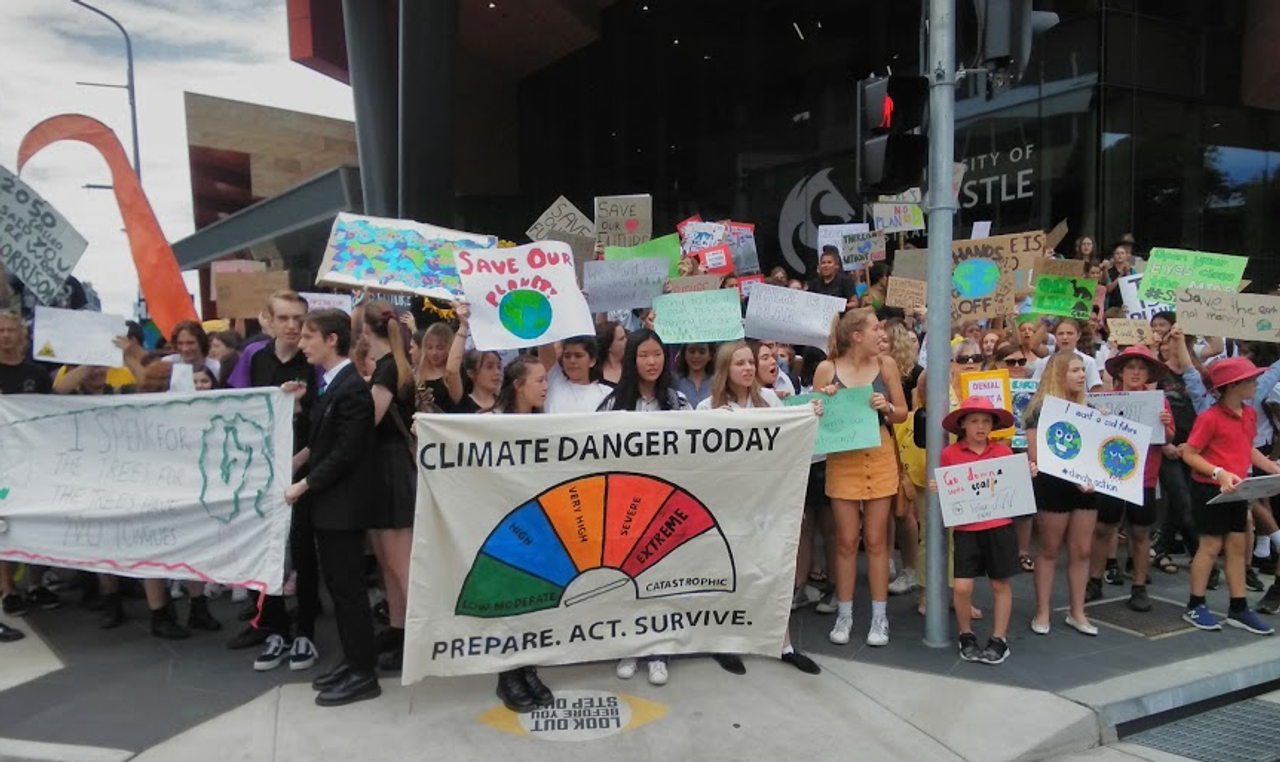 Campaigners from the International Youth and Students for Social Equality (IYSSE) at Newcastle University distributed hundreds of statements at the protest, explaining that climate change is the product of a systemic crisis of the global capitalist system and calling for a turn to the working class.

The IYSSE stressed that the danger of climate change could only be resolved through the socialist re-organisation of the world. …

In Newcastle, James, a year 10 student, told IYSSE campaigners: “We’re here to display a message, to get the word out there. I’m disappointed that the people in charge haven’t taken climate change seriously.

“I had hoped that the people might be able to elect someone who could make a difference, but I don’t think that’s going to happen.

“The people in power aren’t going to do anything to stop climate change, war or inequality. Young and old, students and workers all over the world need to come together, see that there’s a problem and form their own movement to fight to resolve it.” 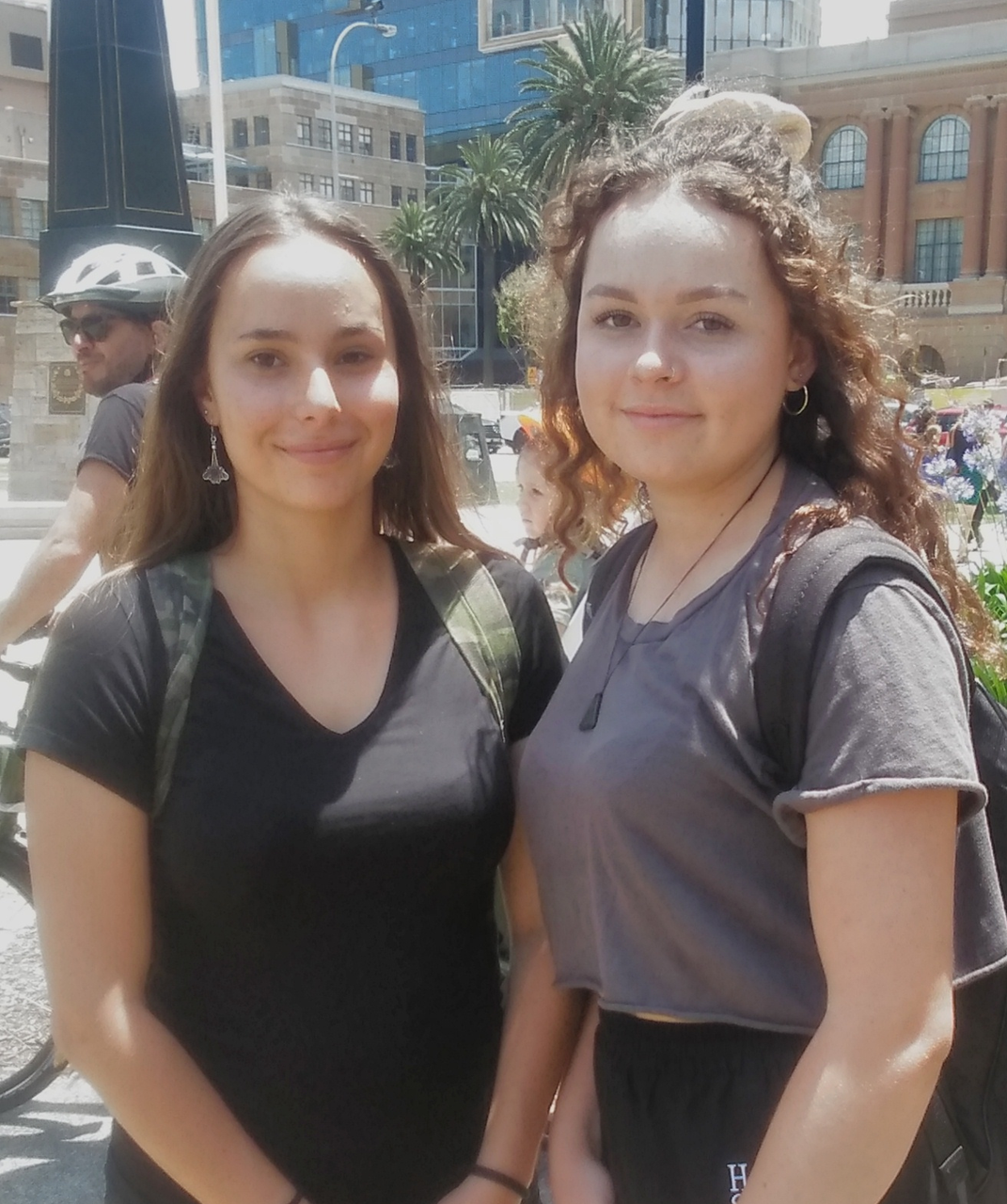 Serina said: “Climate change doesn’t just affect a small group of people in Newcastle, it affects everyone. The government doesn’t respond because they want to make a profit and industries such as coal are profitable for them. The mainstream media pushes the idea that young people are lazy and don’t want to take any action because they want to discourage us from fighting back and speaking out.”

Jessica added: “All the evidence shows that climate change is real and is a problem. It comes back to profit. The government doesn’t have any interest in improving conditions for the majority of people.”

Jayden and Eduardo, year 12 students, said they were increasingly attracted to socialism. Jayden commented: “We debate all the time about socialism. We look at things regarding socialism in our spare time when we aren’t studying for school. We both definitely agree that the capitalist system is not beneficial to the world or humanity, whether in ‘third world’ countries or here.

“It’s because they make money from the use of natural resources. They’re greedy. They do it to benefit themselves and their friends: the CEOs, managers and heads of massive companies that get paid a lot of money.”

Eduardo added: “The richest people in the world are hoarding trillions of dollars, it’s insane. I read a report earlier this year that over half of the world is in extreme poverty. There is a small number of people living with obscene wealth, while so many people are starving without adequate clothes, shelter and medicine”. Imogen, a year 10 student, said: “There’s a massive problem that we have in our society and our political system. We have a right to protest, to protect our generation and our children’s future as well. This is our home, this is our planet and they are not doing anything about it. They are consumed by their own personal ambition, building themselves up and pushing all of us down.

“It’s ridiculous that Jeff Bezos of Amazon has $160 billion. That money could be going to much better sources and providing for people. 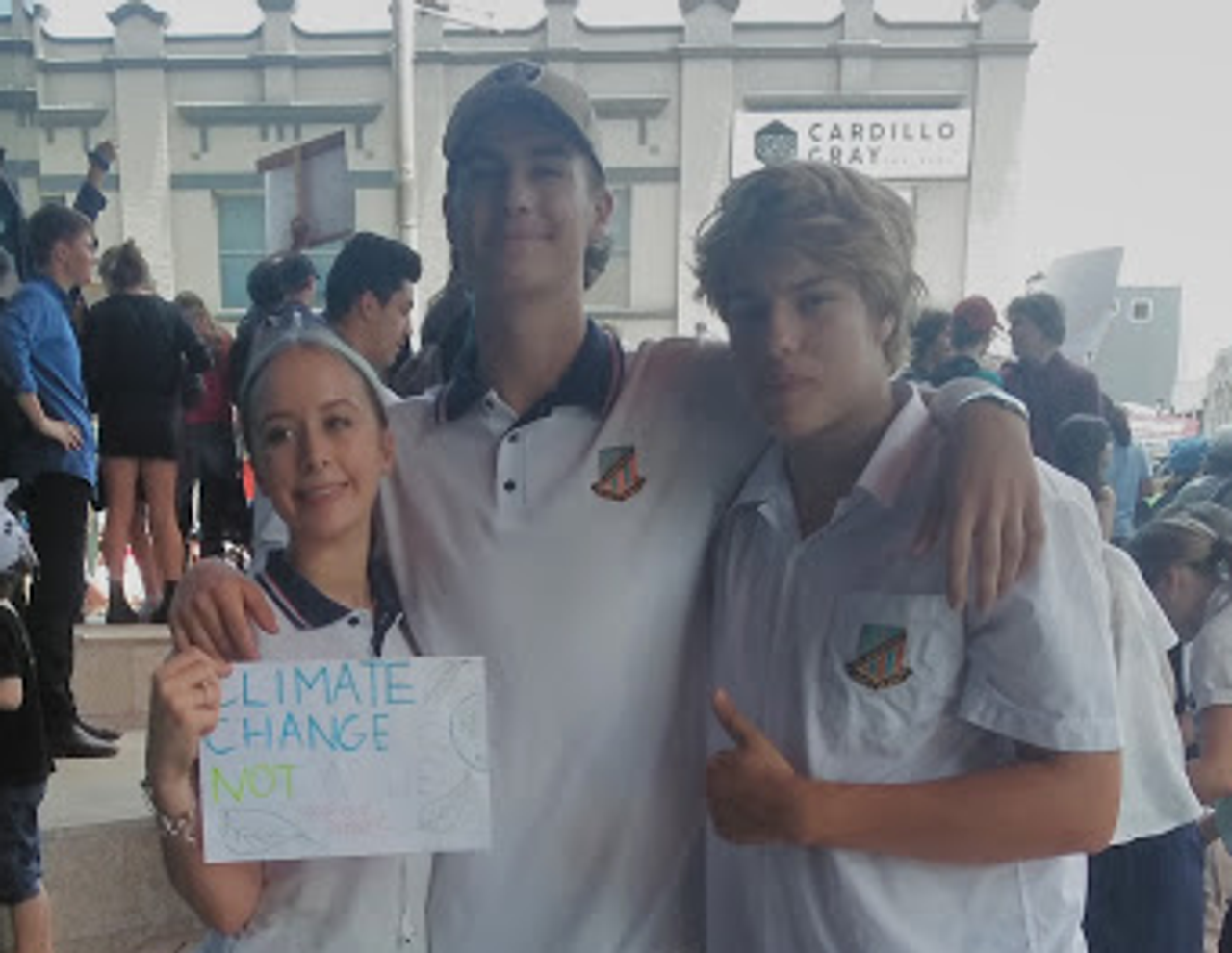 “I think a plan should be put in place to stop using fossil fuels. We have the resources to create renewable energy. Why can’t we have solar panels on the roofs of every single building in the world? The money exists for this to happen.”

Her friend Sam said: “The money owned by the top 10 percent, the wealthiest people in the world could resolve a lot of society’s problems. It could provide decent food, water and shelter for the world population.”

Sam opposed denunciations of the student strike made by senior figures in the federal Liberal-National Coalition government, including Prime Minister Scott Morrison. “Morrison raised that we’re becoming activists, I’m thinking, what’s wrong with us being activists,” Sam said. “This is a major issue. There’s a problem with the environment and we want to speak up about it.”

At a smaller rally in Maitland, close to Newcastle, Steph, a 17-year-old student said she “could not believe” Morrison’s remarks “belittling young people. It was just pure ignorance. The government obviously sees these strikes as a real threat. The mining companies are some of the biggest donors to the Liberal Party.”

Gener, a parent whose child participated in the Maitland rally, said: “The system we live under is pillaging the planet. We used to live in Darwin, and when flying over to the east coast we saw the scarring of the mining. It’s like an open wound. We need to overhaul the whole system. Right now, we’re driven by money values.”

INACTION over climate change will lead to the collapse of civilisations and the extinction of much of the natural world, Sir David Attenborough warned today. The naturalist delivered a message on behalf of people around the world to the United Nations climate talks in Poland, calling on leaders to drive down greenhouse gas emissions: here.

ATTENBOROUGH: CLIMATE CHANGE ‘OUR GREATEST THREAT’ Nature broadcaster David Attenborough told world leaders that climate change could lead to collapse of civilizations, and much of the natural world. Speaking at the opening ceremony of the COP24 UN climate conference, in Katowice, Poland, Attenborough called climate change “our greatest threat in thousands of years.” [HuffPost]

USA: SANDERS HOLDS CLIMATE CHANGE TOWN HALL Bernie Sanders (I-Vt.) packed two rooms in the Hart Senate Office Building for a star-studded town hall meeting on climate change. “Tonight we are dealing with what the scientific community tells us is the great crisis facing our planet and facing humanity,” Sanders said in his opening statement, ahead of a possible 2020 run. “That is climate change.” [HuffPost]