Daily The Morning Star in Britain on 31 December 2019 had this article:

Heroes and villains of 2019 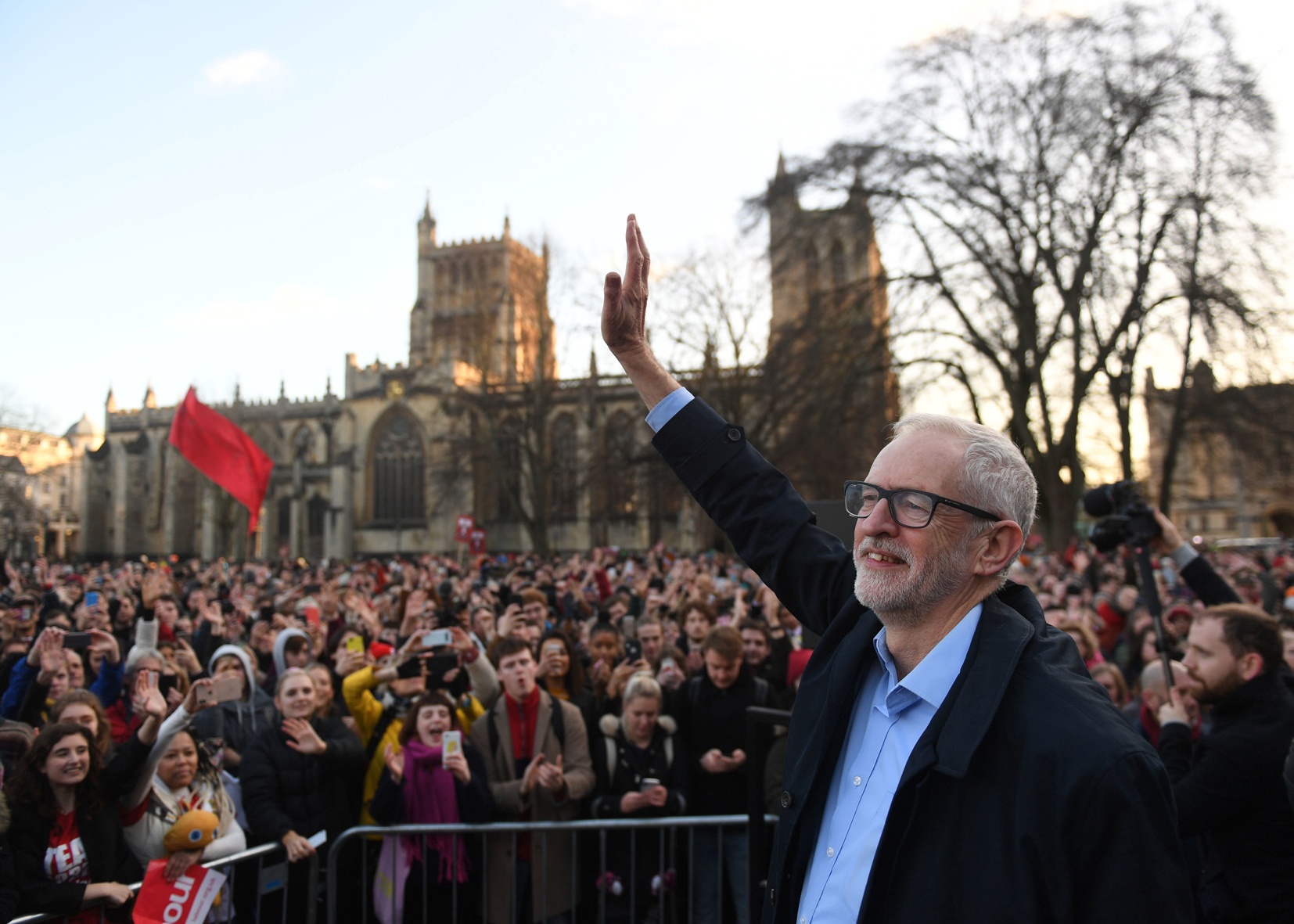 THE Labour leader may be stepping down in the new year but in four-and-a-half years he has done much to change his party and British politics.

Labour is a much larger party than it was, and the revival of socialist ideas has shaken the Establishment and seriously breached the neoliberal consensus that has dominated “official” politics since Thatcher.

His dignified leadership when subjected to sickening slander and abuse by MPs and a shamelessly partisan media demonstrated great strength and if he lost important battles, including ultimately this month’s election, his was often a warning voice against the very policies that damaged Labour.

Defence of Corbyn’s legacy in the party and movement will be an important part of developing a socialist fightback against the Tory government. Rackete struck a blow against fortress Europe this summer when she and the crew of a refugee ship defied Italy’s former interior minister Matteo Salvini by disembarking 40 refugees on Lampedusa.

On June 12 the crew of the Sea Watch 3, a ship operated by German charity Sea Watch, rescued 53 refugees.

The ship was forced to stick to international waters off the coast of Lampedusa for 17 days.

While the ship was stranded and 13 of the rescued were evacuated by helicopter to hospitals, back in Italy Salvini introduced fines of up to €1,000,000 (£852,626) for any ships that brought in rescued non-Europeans into the country without permission.

On June 28, Capt Rackete entered a port in Lampedusa and disembarked the rescued despite Salvini’s ban.

Italian prosecutors charged Capt Rackete with “resisting a warship”, an offence which carries up to 10 years in prison, for colliding with a small police boat that attempted to block the ship while entering the port.

Capt Rackete, the Sea Watch crew and the rest of the civil refugee rescue fleet should not be criminalised for carrying out the vital humanitarian work the EU should be doing.

Their willingness to stand up to the EU’s wretched treatment of refugees and refusal to stand by as hundreds of thousands drown in the world’s deadliest border is truly inspirational. 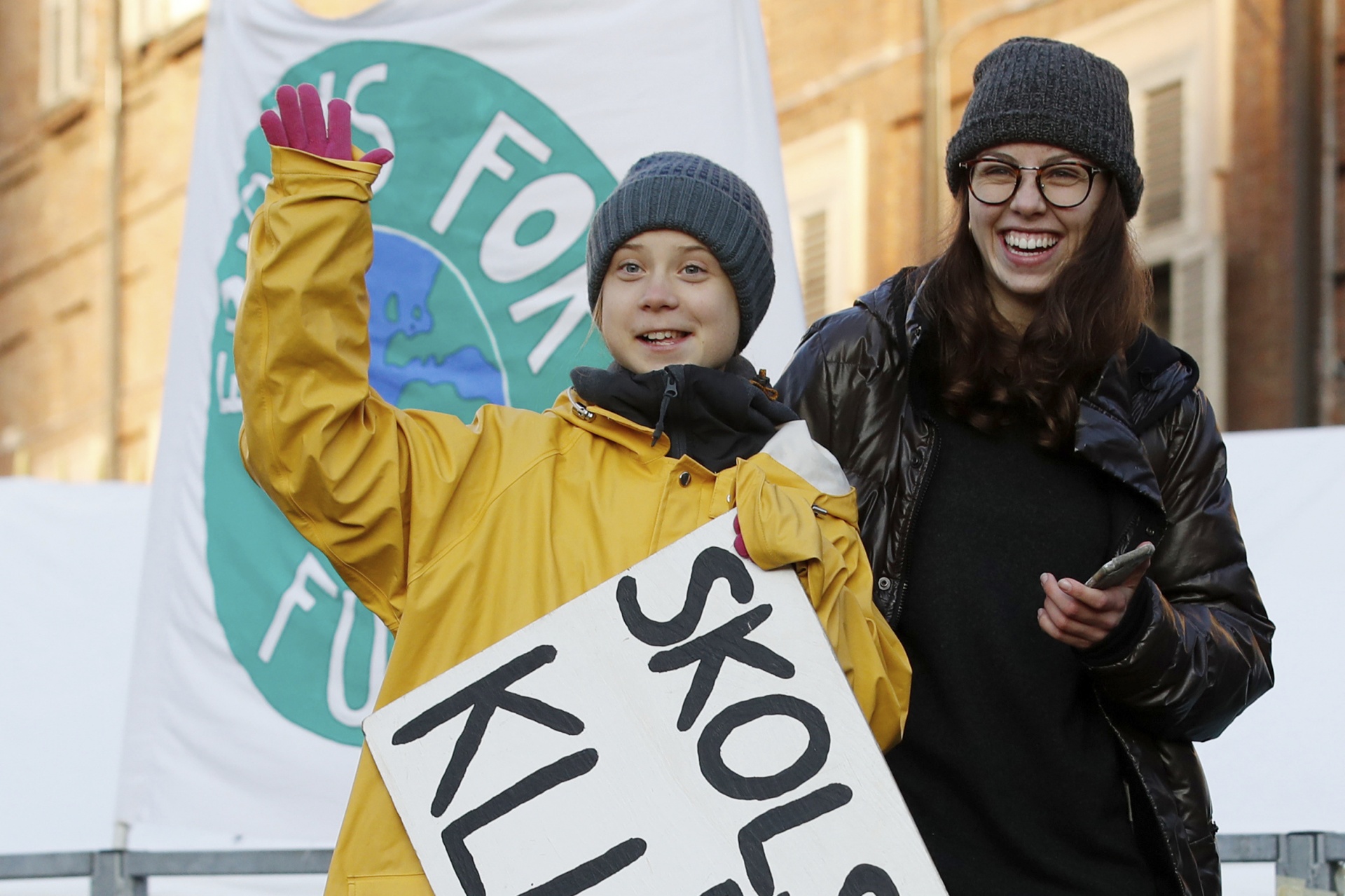 In May, Greta was featured on the cover of Time magazine, naming her a “next-generation leader”, but she has already been widely accepted as a role model by hundreds of thousands of young people across the world joining in on the Youth Climate Strikes.

However, her rise into the spotlight did make her a target for rotten world leaders like Brazilian President Jair Bolsonaro, who called the 16-year-old with Aspergers a “brat”, and US President Donald Trump said she “must work on her anger management problem”.

Greta cooly responded by changing her Twitter biography to the leaders’ descriptions. And not many people can say they have sailed across the Atlantic Ocean and back to attend climate talks.

The United States won the 2019 Women’s World Cup in convincing fashion. But that isn’t the reason why they are on this list.

Their ongoing equal pay dispute against the US Soccer Federation has sparked other teams across the world to demand equality and they are winning that battle.

The best player in the world, Ada Hegerberg, missed the World Cup as she continues to demand equality across women’s football — although the Norwegian Football Federation did reach an agreement with Norway’s players’ association in 2017 for an equal pay deal between men and women.

We’ve seen the Australian women’s national team reach a deal this year, the Spanish women’s league vote in favour of strike action as they negotiate working hours and minimum wages.

And it’s not just football. Sweden’s women’s ice hockey side boycotted a tournament over sexual inequality.

The US football team certainly weren’t the first team to battle for better pay for women, but it shone a light on the world of football and forced some important people to question the way the sport is run. 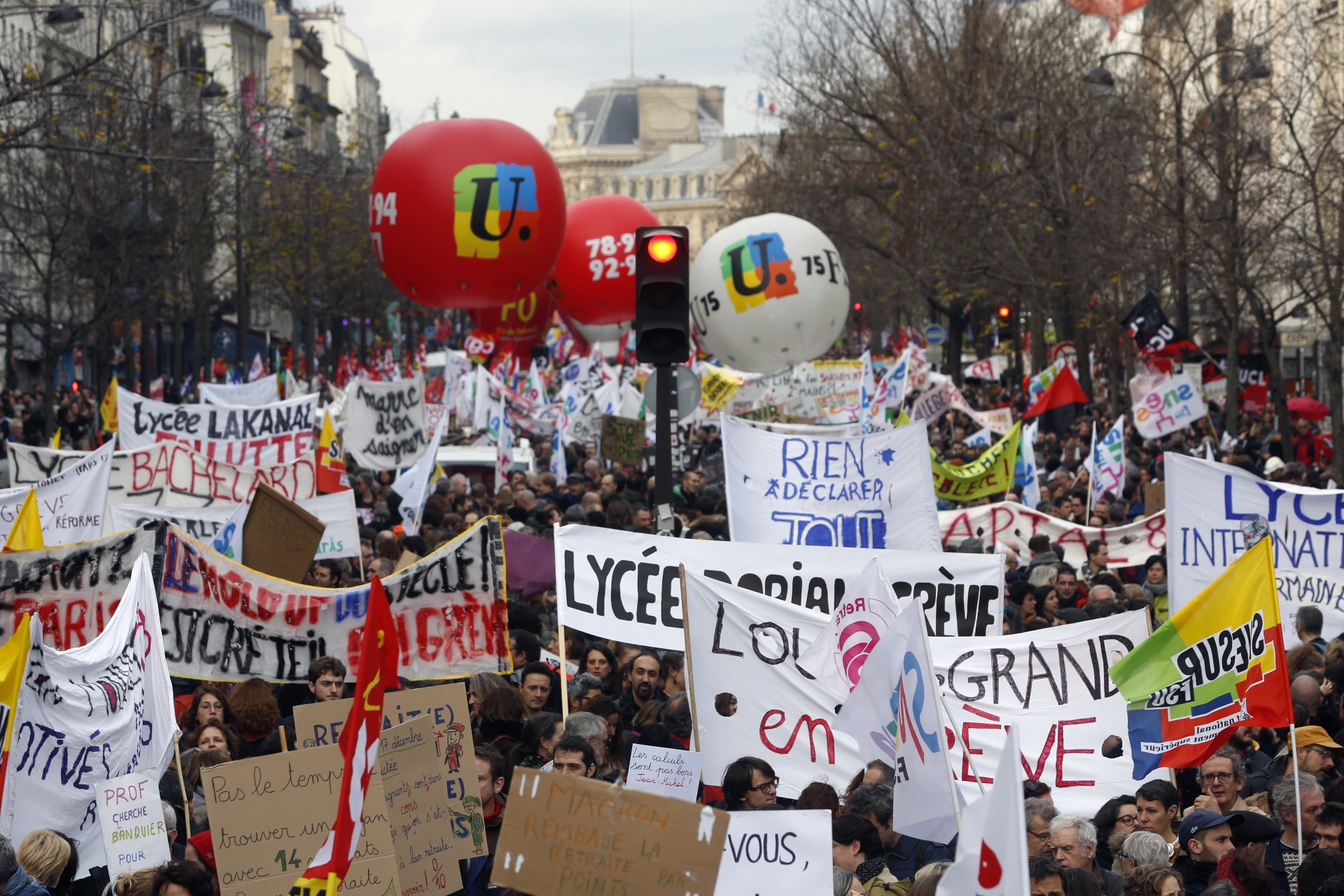 Since December 5, French workers in transport, education, tourism, the arts and many other walks of life have been striking against President Emmanuel Macron’s bid to raise the pension age and replace collectively bargained pension schemes with an individualised system that will mean working longer for less.

Rallies have drawn as many as 800,000 people onto the streets and the workers show no signs of giving up with public opinion solidly behind the action.

Solidarity to all French workers in this struggle — you’re an inspiration to us across the Channel.

As head of Royal Mail’s European subsidiary GLS, Back presided over what German investigative reporter Gunter Wallraff described as “human misery” and “a form of modern slavery in the heart of Germany.”

Staff worked long hours with no breaks and were forced to drive when dangerously tired.

His efforts to hive off its parcels delivery service, fragmenting the company and threatening the universal service obligation and collective agreements on workers’ pay and conditions, prompted a massive 97 per cent vote for national strike action on a 76 per cent turnout among Royal Mail’s 110,000-strong workforce.

He ran to the law and had it overturned by courts in a ruling that bodes ill for the future of the right to strike in Britain.

Most of Duncan Smith’s crimes date from before 2019, but the news that he will be knighted as Tory rule enters its second decade should prompt us to remember names like Karen Sherlock, Elaine Lowe, Mark Wood, Jacqueline Harris and David Clapson, to select just a few of the people whose deaths can be attributed to the horrific “fit-for-work” campaign and the punitive benefit sanctions regime.

One of the most terrifying achievements of reactionary government is to create a new normal in which we tolerate things that would previously have provoked outrage.

As Thatcher normalised permanent mass unemployment, we can point to Duncan Smith for bringing us to the point where people such as Clapson or Wood can starve to death in their homes and those like Harris or Sherlock can be hounded to death by the state.

This is Tory Britain, and Duncan Smith the chief ideologue of a nasty and brutal new reality. 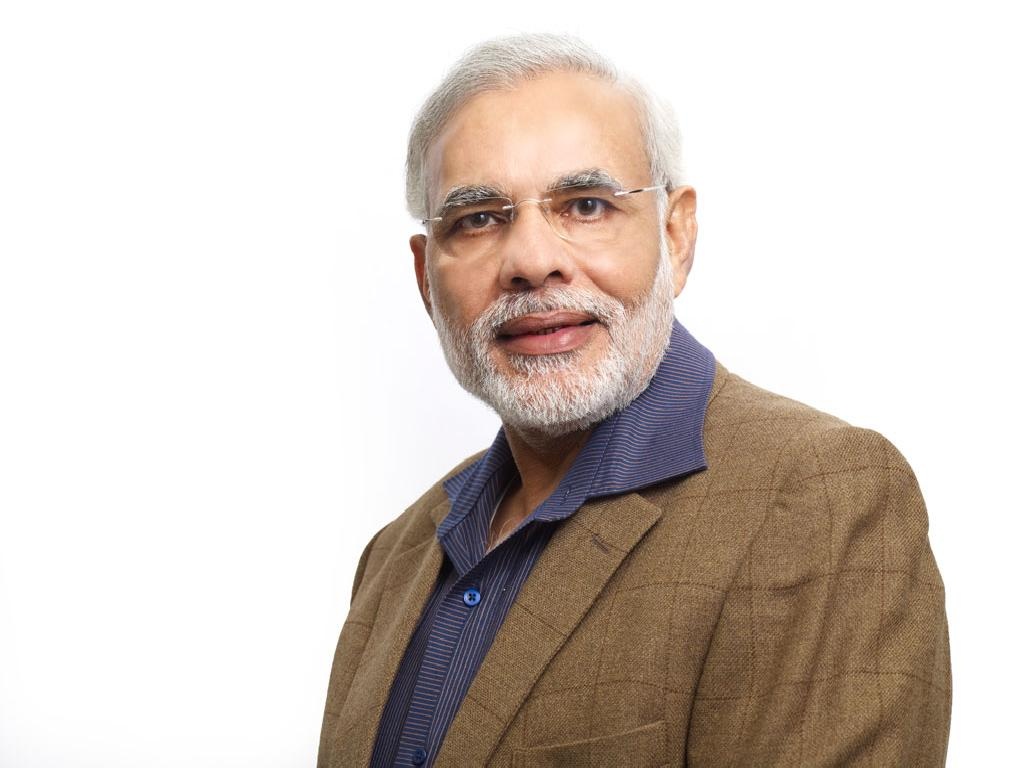 When Modi was elected in 2014 he was feted by liberals and conservatives alike. Most ignored warnings that the BJP he heads evolved out of the fascist paramilitary RSS that is still deployed to batter and kill Muslims, Christians, women, lower-caste Hindus, communists and trade unionists the length and breadth of India, and like the RSS, is committed to replacing the secular republic founded in 1947 with a Hindu theocracy.

Modi himself was deeply implicated in the massacres of Muslims during the Gujarat riots of 2002, when he was that state’s chief minister.

Now the Islamophobic Citizenship Amendment Act, which violates India’s constitution by applying a religious criterion to asylum applications for the first time, has brought millions onto the streets in resistance.

Let’s hope this spells the beginning of the end for this poisonous politician.

This 4 December 2019 video from the USA says about itself Medea Benjamin on Bolivia Coup: Jeanine Anez’ Party Only Got 4% of the Vote!

This opposition senator was picked by Bolivia’s military and invested with the presidency by an inquorate National Assembly, after the army ordered re-elected president Evo Morales out of office.

As investigations from the US-based Centre for Economic and Policy Research have demonstrated, claims there were problems with Morales’s election were not based on any evidence.

South America’s first indigenous president in modern times was overthrown in a coup, while the likes of Anez brandished bibles and denounced the Andean Pachamama goddess in thinly veiled racist language.

No surprises when Anez herself is on record tweeting that “the Indians” do not belong in La Paz but should be driven back to the mountains.

When the military takeover prompted mass protests, police and army killed scores of mostly indigenous demonstrators and charged Morales with treason and sedition.

What Mexico and Argentina rightly call the “de facto” government in Bolivia has no legitimacy. 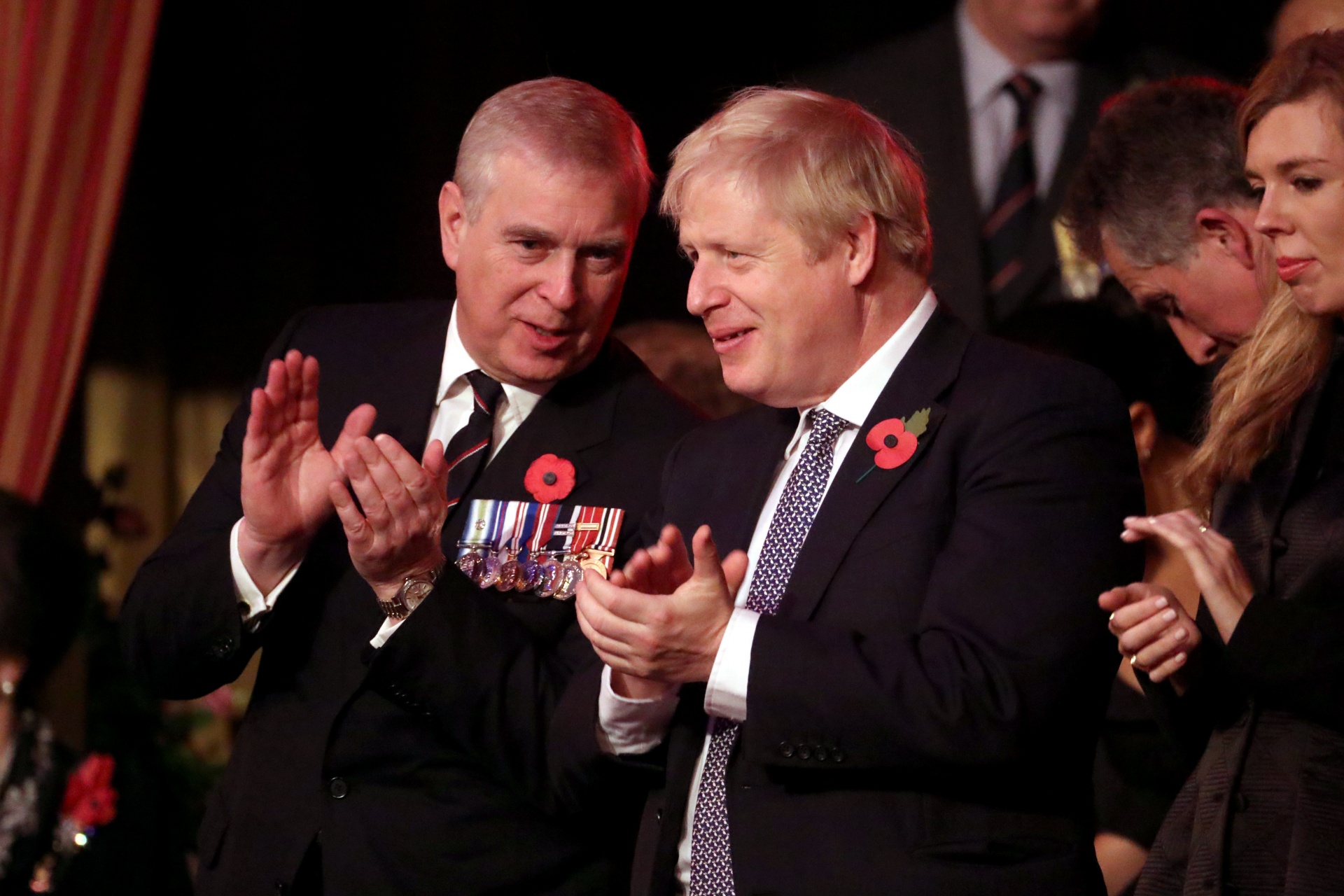 The royal’s friendship with billionaire child abuser Jeffrey Epstein, who died this year in suspicious circumstances, has exposed a twilit world of exploitation and abuse.

A widely derided “tell-all” interview is no substitute for the demand, long refused outright by Buckingham Palace, that he go to the US to answer the accusations against him.

Prince Andrew is a reminder of all that is wrong with the monarchy and of the terrible consequences when the powerful can treat other human beings as their playthings.