This British TV video says about itself:

Grenfell victim cradled her daughter as they died

A mother cradled her three-year-old daughter as they succumbed to the fire inside Grenfell Tower, an inquiry into the disaster has heard.

Ms Ahmedin had held her daughter close as she tried to in vain to “squeeze the nightmare away”, the inquiry heard.

As the video says, the fire killed a woman refugee from the Bashir dictatorship in Sudan.

By Alice Summers in Britain:

The following is part one of a two-part series.

The Fire Brigades Union (FBU) has published a damning report demonstrating that years of austerity measures, privatisation and deregulation led to the entirely avoidable fire at Grenfell Tower in June 2017, which claimed 72 lives.

The FBU’s study is all the more important in the context of a concerted smear campaign by the media and the official Grenfell Tower Inquiry (GTI), which have set out to cover up the principal causes of the fire and shift the blame towards the London Fire Brigade (LFB) and firefighters.

The report from the GTI first phase, released October 30, focused almost entirely on the mistakes, real and imagined, on the night of the fire, of the LFB. Inquiry chairman Sir Martin Moore-Bick said he identified a series of “serious shortcomings in the response of the LFB, both in the operation of the control room and on the incident ground,” adding “it is right to recognise that those shortcomings were for the most part systemic in nature.”

In the context of this fraudulent and contemptible scapegoating of the fire brigade, the publication of the FBU report contributes much to setting the record straight on the Grenfell Tower fire. Entitled “The Grenfell Tower fire: a crime caused by profit and deregulation,” it details the criminal impact of cuts to fire services, the disregard and wholesale ripping up of building and fire safety regulations and the privatisation of fire prevention authorities on the lives and safety of the working class in the UK—and particularly at Grenfell Tower. 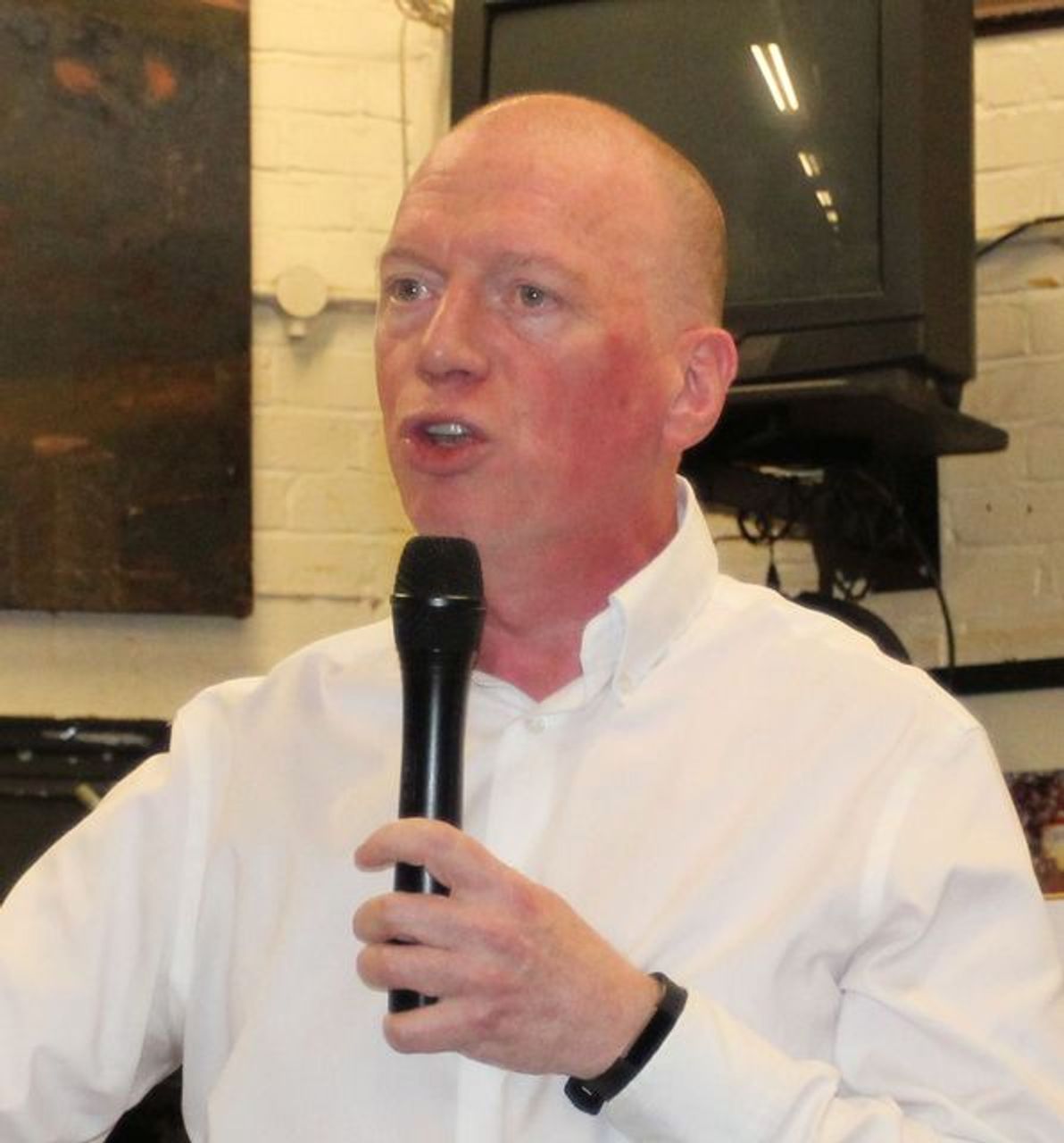 In his foreword, FBU General Secretary, Matt Wrack, wrote that the “FBU believes that the terrible loss of life at Grenfell Tower was ultimately caused by political decisions made at the highest level. For at least 40 years, policies relating to housing, local government, the fire and rescue service, research and other areas have been driven by the agenda of cuts, deregulation and privatisation.”

The report begins by outlining the numerous fire safety failings present at Grenfell Tower, including the cladding system covering the building, the single stairwell measuring only 1.04 metres in width, the poor fire resistance and quality of fire doors, and the lack of provision for residents who needed assistance.

These failings enabled a small kitchen fire in a flat on the fourth floor to spread up 19 floors to the roof of the tower block in only 12 minutes. This prevented residents from being able to easily escape once the “stay-put” policy became redundant. Under “stay put”, the LFB—based on previous experiences of fighting tower block fires—advised Grenfell residents to remain in their apartments and await rescue.

Grenfell was entirely unfit for human habitation literally from top to bottom. The FBU noted: “An architectural ‘crown’ on the roof of the building made of cladding played an important role in increasing the rate and extent of lateral fire spread to the other sides.” 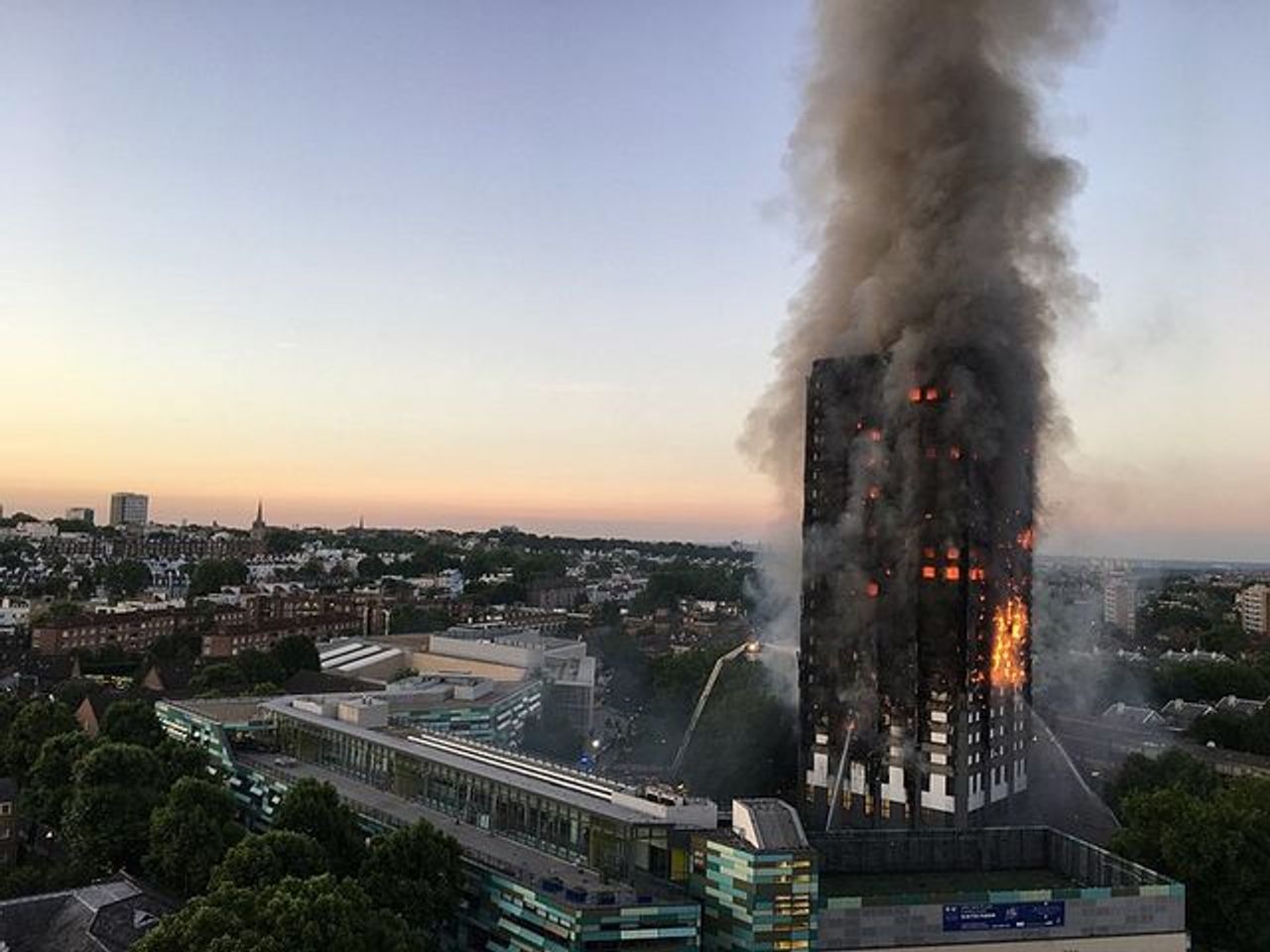 According to the FBU, a historic and “deep-seated culture of complacency”, dating back to at least former Conservative Prime Minister Margaret Thatcher’s era (1979-1991), has fatally “weakened and undermined fire policy and the fire and rescue service.”

The report covers the development and then erosion of building and fire-safety regulations and provision, from the post-war building boom through to the present day. In the aftermath of the Second World War and with capitalism on the verge of collapse, the Labour Party was forced to implement a massive expansion of social welfare and housing. All new housing was initially built by local authorities and private building was subject to regulation and controls.

The FBU report notes that at the beginning of the post-war high-rise boom, the government published building safety guidance, the Post-War Building Studies, which was a collection of technical reports written from 1944-52 which formed the basis of regulations on new buildings more than 100 metres high. Key recommendations in these reports included imposing limits on the use of combustible material, recommending two independent escape routes for every part of a building, and promoting self-closing doors, among others.

However, the report explains, citing housing expert Patrick Dunleavy, “when the building boom took off in the early 1950s, regulations were widely breached and, by 1957, some provisions were changed. Much of the guidance was ignored”.

By the time Grenfell Tower was built between 1967 and 1974, at the end of the sustained post-war mass housing boom, the risks of fire in high-rise buildings, including multiple fire deaths, were well known to policymakers. In 1975, a report by the Building Research Establishment (BRE)—then a government research body that was later privatised—dismissively warned of “the remote possibility of a catastrophic fire with high loss of life, which would distort the statistical picture, and cause considerable public alarm and disquiet.”

The FBU points out that there were also significant missed opportunities to implement fire safety improvements in high-rise residential buildings in the years before Grenfell was built. The worst was probably the Fire Precautions Act 1971, the report lays out.

“After serious discussion about the issues,” it explains, “this new law excluded high-rise residential buildings from the beginning and was never extended far enough to manage the risks in high-rise flats. Important warnings went unheeded, including those from the 1970 Holroyd report into the fire service, the Griffiths inquiry into the [1968] Ronan Point tower block fire in east London and the [1973] Summerland fire in the Isle of Man.” 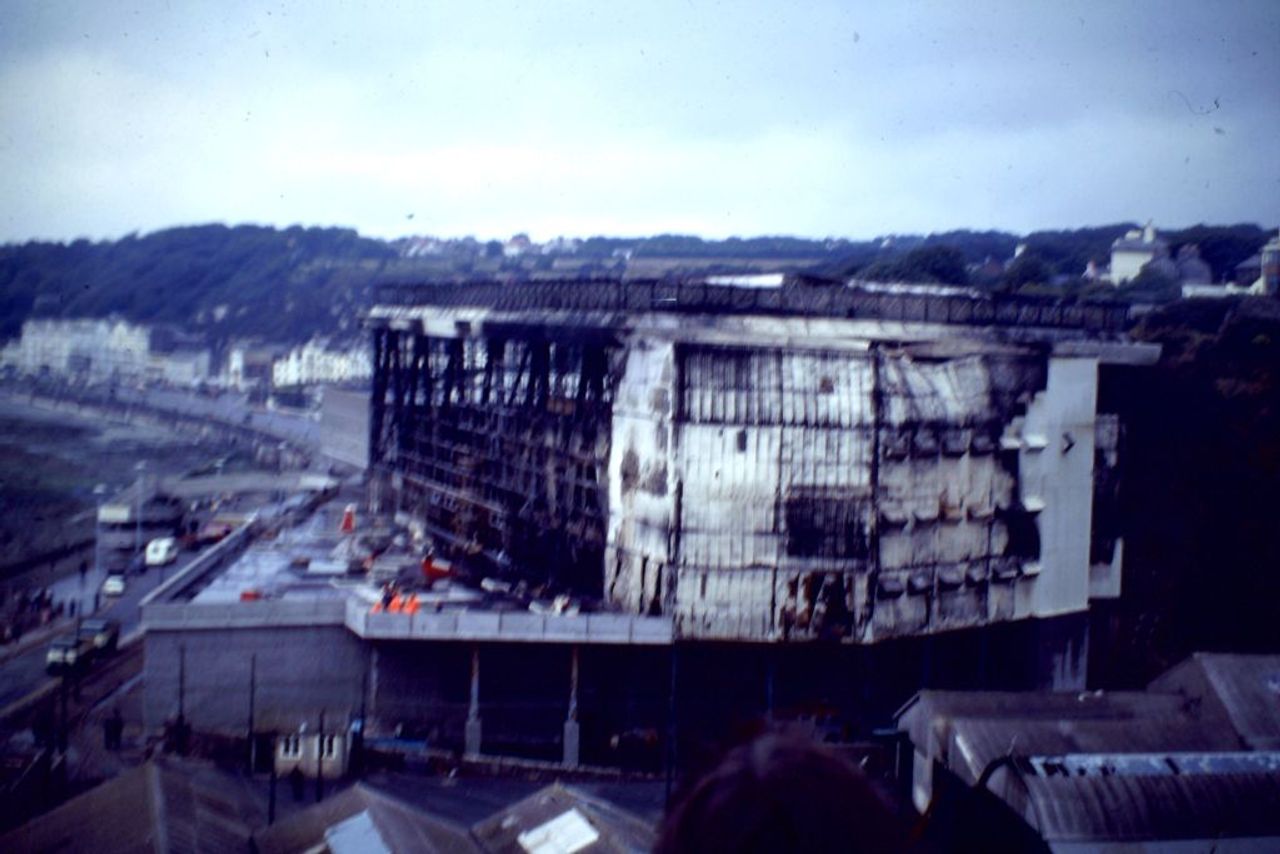 The Conservative government of Edward Heath (and subsequent governments) also refused to implement critical fire safety measures, with the then Home Office minister Richard Sharples arguing that the cost of implementing fire safety procedures was too high. Sharples made the astonishingly callous statement that “[t]here may well be cases, (although I cannot think they will often arise in council-owned property) where the risk of fire is more acceptable than the risk of homelessness.”

Thatcher’s election in 1979 is identified as a turning point by the FBU, marking the beginning of a massive drive to deregulate fire and building safety across the UK. Seeking to reduce the cost of regulation on business, a 1985 “Lifting the Burden” White Paper listed 80 sets of regulations it suggested could be scrapped in order to increase opportunities for competition and reduce the time and resources spent on safety legislation. 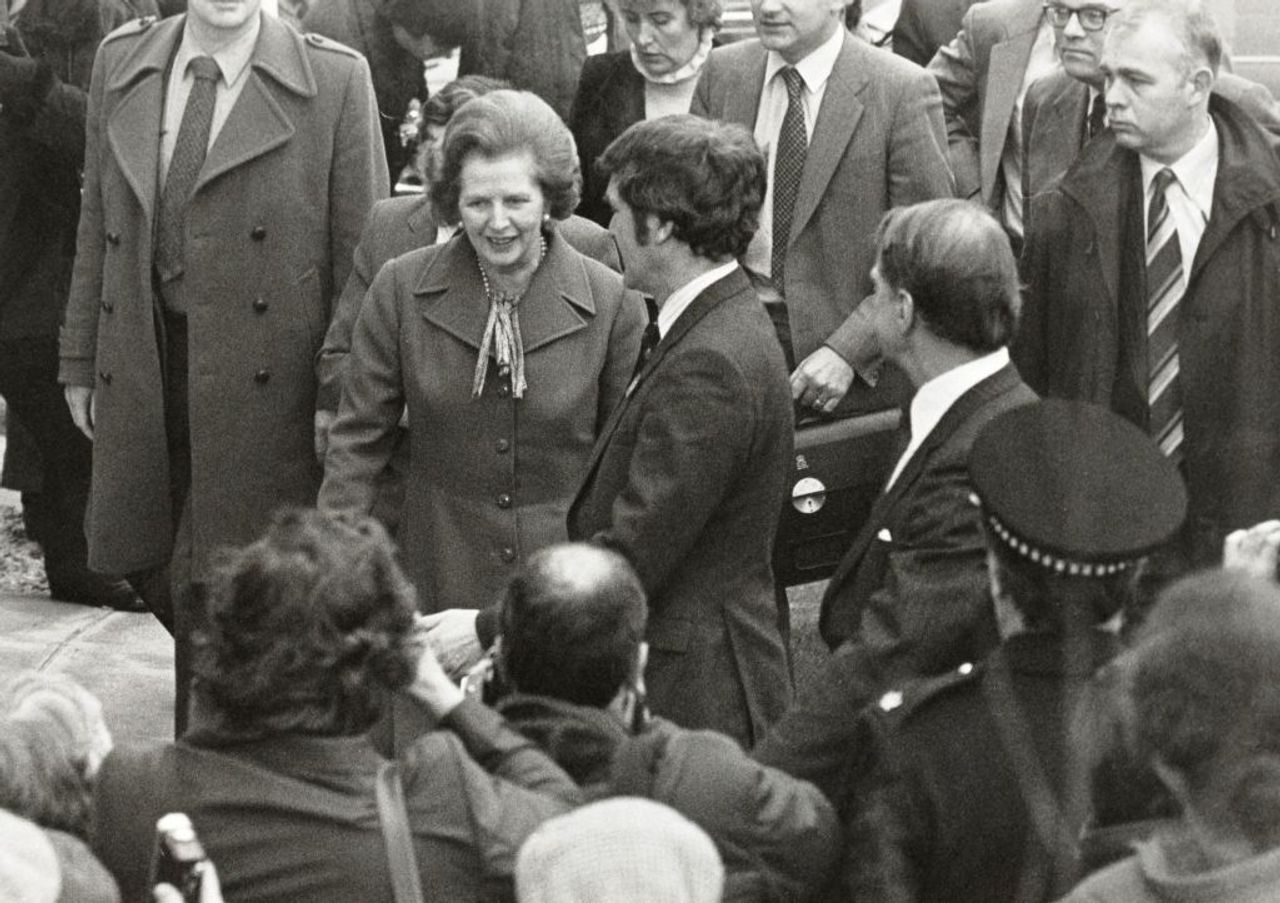 In 1980, the Thatcher government published a Review of Fire Policy, which, while recognising that “there can be no doubt that the removal of the controls would… lead to the recurrence, albeit infrequently, of multiple fatality fires,” nonetheless called for the scaling back of the already inadequate Fire Precautions Act 1971, which it described as “an inflexible and extravagant instrument.”

The indifference to human life was palpable, with the review suggesting that there may be “over provision” of fire cover “which may enable judicious reductions to be made which would not result in an unacceptable increase in property loss or casualties” [emphasis added].

From 1979 to 1981, Michael Heseltine, then Secretary of State for the Environment under Thatcher, promoted a number of bills introducing the part-privatisation of building controls, outsourcing them to private certifiers and away from local authorities. Heseltine argued that any new system of building regulation would have to have “maximum self-regulation, minimum government interference,” be totally self-financing, and simple in operation.