We started early in the morning at Grote Praambult hill, near the railway. It was foggy. Even trees not far away looked vague. I could just see that in one of those trees a blue tit sat on top, and a great tit a bit lower. Very different from the panorama view of the reserve which one has here usually.

A great cormorant flew overhead. A big flock of starlings sat on the railway wires. When a train approached, they all flew away.

Gradually, the fog dissolves. Now, we can see that two carrion crows sit in a tree across the railway. A bit further, two red deer; a fawn and its mother. 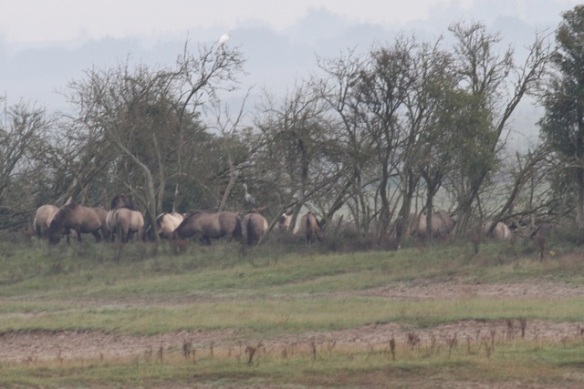 Then, a special bird. An osprey sits on a tree. Probably on migration to Africa.

A fox walking, parallel to the railroad. 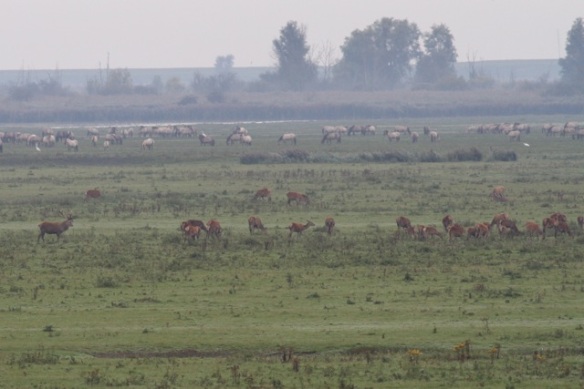 Big herds of konik horses, Heck cattle and red deer. It is rut time for the red deer now. Groups of females gather around males with big antlers.

A mixed group of wood pigeons and stock doves sitting in treetops.

Then, to “De Krakeend”, another vantage point. A great egret flies past. A big group of barnacle geese in and around water. Mute swans.

Barn swallows fly past; already on migration to Africa?

A group of long-tailed tits fly from tree to tree. They will stay around here all winter.

Mallards and teal in the water.

On our way to “De Zeearend” hide, we hear a nuthatch.

A pied wagtail near the water.

A hobby flies past.

From the “Zeearend” hide: a red fox.

A marsh harrier lands on a bank. A carrion crow not far away from it.

Then, a much bigger bird of prey. The biggest species in the Netherlands: a juvenile white-tailed eagle.

It lands in the shallow water. A group of northern lapwings tries to drive the eagle away. Looking undisturbed, it continues to drink and clean its feathers.

As we walk back, a willow tit.

A bit further, a juvenile little grebe. A male and a female tufted duck. 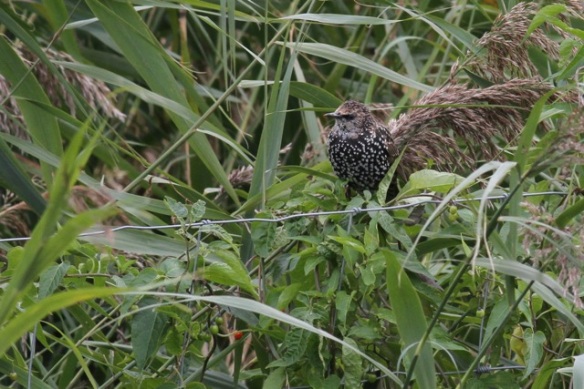 Along the dike separating the reserve from the IJsselmeer lake, a flock of starlings.

Finally, in a ditch near Jan den Boschpad vantage point, a male and a female gadwall duck.