George Floyd death: Pressure mounts for US officers to be charged

Anger is spreading in the US over the death of an unarmed Black man after a white police officer knelt on his neck while restraining him on the ground in the city of Minneapolis.

As new video of the incident emerged that showed George Floyd was not resisting arrest as originally claimed, the lawyer for his family has spoken of a “pandemic of racism“.

Protesters demanding justice for George Floyd have come out in their hundreds in downtown Los Angeles, blocking parts of a freeway and surrounding Highway Patrol cars.

The protests are now into their second day.

The killing of George Floyd is a horrific crime. Floyd, who was African American, died Monday after being pinned to the ground by four police officers in front of a crowd that was pleading that he be let go. Much of the crime was caught on bystander video and surveillance cameras. One video shows officer Derek Chauvin, who is white, forcefully pressing his knee into Floyd’s neck for several minutes as the 46-year-old pleaded for his life, crying out “I can’t breathe” and “You are going to kill me!”: here.

I can’t breathe – Protesters clash with police after death of George Floyd: here.

Black Lives Matter protesters take to Minneapolis over killing of another African American by the police: here. 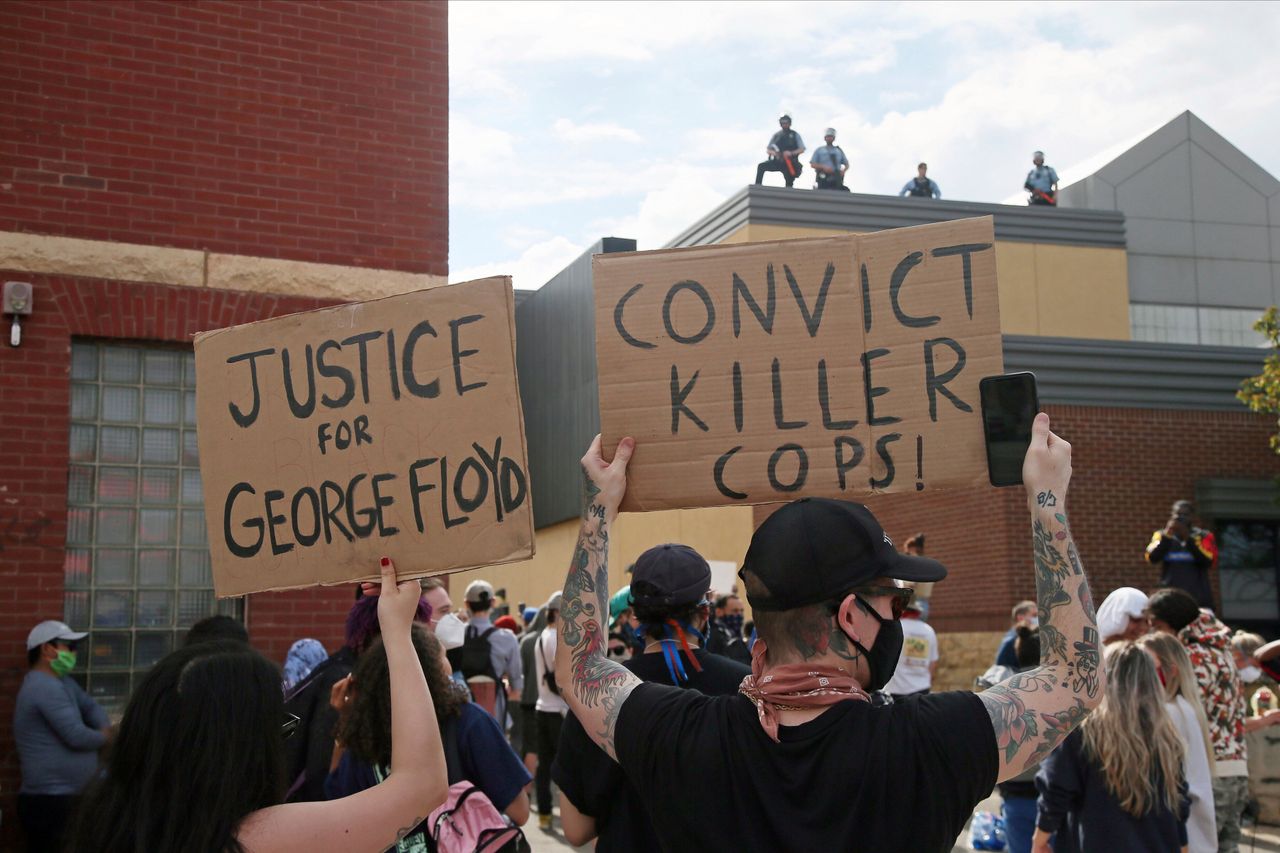 Thousands continue to protest in Minneapolis over the brutal police murder of George Floyd. By Anthony Bertolt, 28 May 2020. Surveillance video footage shows that Floyd was being compliant moments before he was pinned to the ground and choked to death by a Minneapolis police officer.

1 DEAD IN MINNEAPOLIS PROTESTS OVER GEORGE FLOYD’S DEATH Protests erupted in Minneapolis for the second day over the death of George Floyd, a Black man who died after a white police officer knelt on his neck. The demonstrations turned violent in some areas following a daylong protest outside a police station, where officers used tear gas and rubber bullets to disperse attendees. … One person was shot dead at a pawn shop by the store’s owner. The Minneapolis mayor has called for charges in Floyd’s death. [HuffPost]

Letter from Minneapolis: Why I’m marching for George Floyd, by Liz Loeb.