This 9 February 2019 PBS TV video from the USA says about itself:

BRITAIN licensed the sale of £648 million worth of arms to Saudi Arabia in the six months after the murder of dissident journalist Jamal Khashoggi by Saudi agents.

Grenades, bombs and missiles, many likely to be used in Saudi-led attacks on Yemen, were included in a quarterly report on exports from the Department for International Trade.

The sales were given the go-ahead despite Foreign Secretary Jeremy Hunt condemning “in the strongest possible terms” the killing of Mr Khashoggi in the Saudi consulate in Instabul, Turkey, in October last year.

Andrew Smith of Campaign Against Arms Trade (CAAT) pointed out that “in the months that followed [Mr Hunt’s condemnation], it was business as usual for the government and the arms companies.

“At the same time as the Saudi regime was covering up his murder, ministers were approving hundreds of millions of pounds worth of arms sales.”

British arms sales to Saudi Arabia for use against Yemen were ruled “irrational and therefore unlawful” by the court of appeal last month without assessment of whether their use had previously amounted to breaches of international humanitarian law.

The government was ordered not to approve any new licences and to make decisions on licences “in a lawful manner”.

CAAT said British-made weapons have “played a devastating role in the bombing of Yemen”, added that “tens of thousands of people have been killed and vital infrastructure has been destroyed.

“This destruction wouldn’t have been possible without the complicity and support of arms-dealing governments like the UK.” 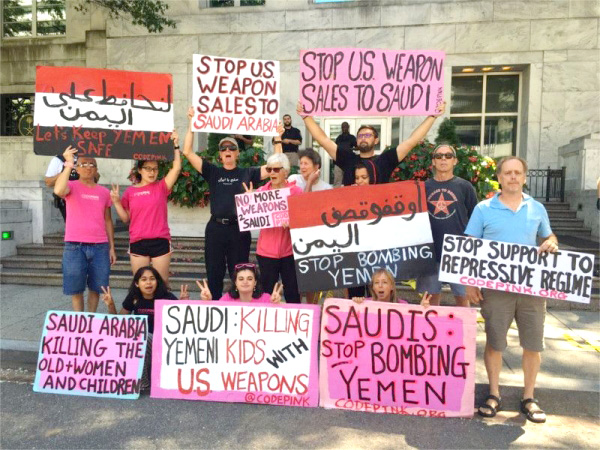 USA: JUDGE: RELEASE KHASHOGGI RECORDS Federal agencies must produce thousands of pages monthly of records pertaining to the killing of Saudi journalist Jamal Khashoggi because learning about his disappearance as quickly as possible is of “paramount importance,” a judge said Tuesday. [AP]