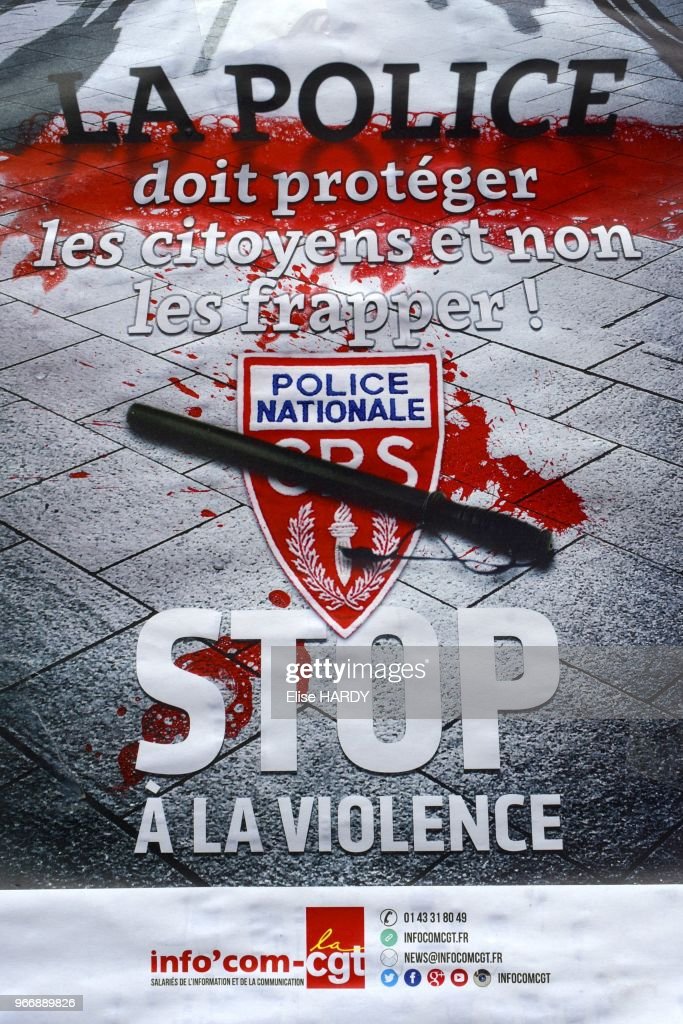 French police are furious over a poster of one of the largest trade union federations in the country. On it we see a bloody police baton. The picture has as its caption: “The police should protect citizens, not beat them up.”

And also: Stop the violence.

Police have cracked down harshly in recent days against demonstrators in several French cities. The demonstrators in the evening and at night gathered to protest against social injustice. At one of these police actions one demonstrator was severely beaten in the face by a police officer. The policeman will be prosecuted.