This is a fiery-throated hummingbird video.

Still 28 March 2014 in Costa Rica. After the hummingbirds of San Gerardo de Dota, we went to a bit lower part of the mountains.

At 10:30, we stopped at a place with many hummingbirds. Fiery-throated hummingbirds were the species most attracted to the feeders. 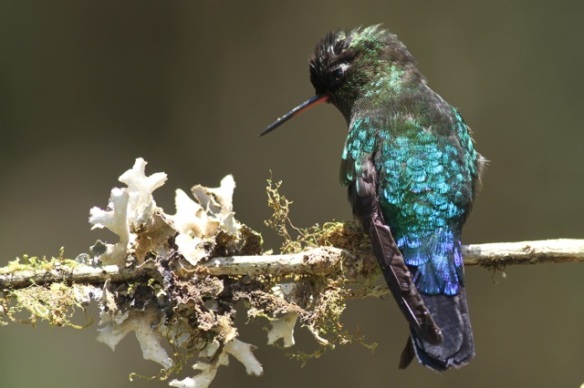 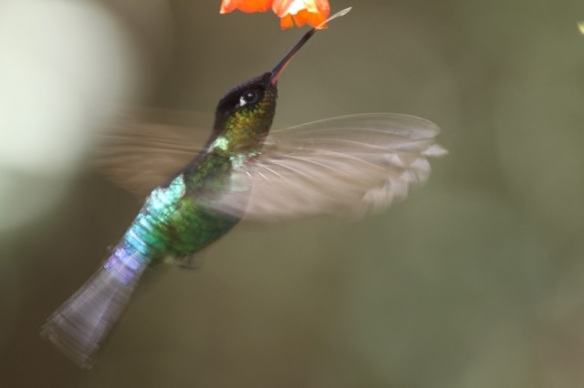 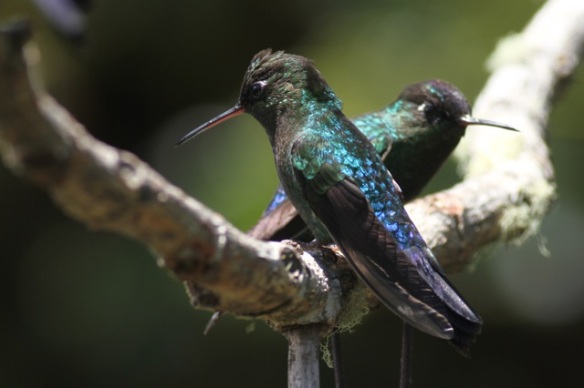 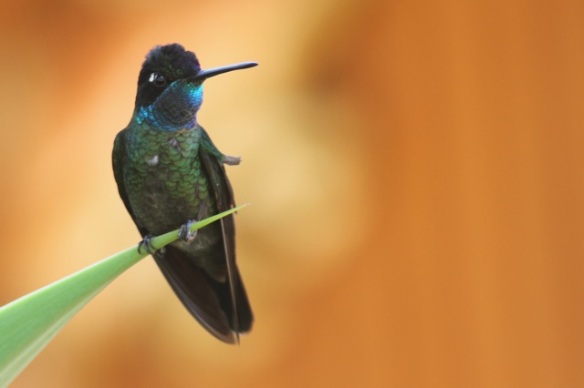 And magnificent hummingbird; both male and female.

There was also a hairy woodpecker, feeding nestlings. 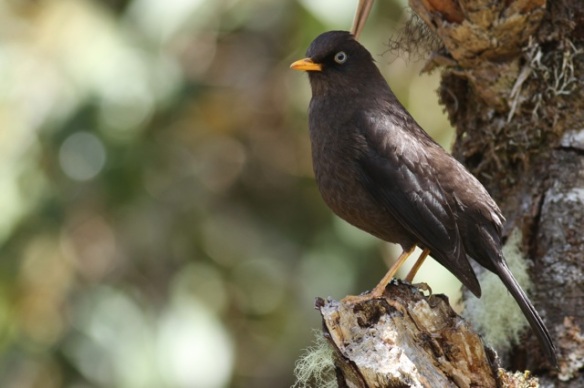 Sooty thrushes were present. We would not see them again, as they are birds of higher mountain levels.

Here, we also saw our only Costa Rican snake: a black-speckled palm-pitviper. A poisonous species, living only in the mountains of Costa Rica and Panama.

Even if you’ve never seen a green violet-ear, you can build one with the LEGO Birds kit – along with a European robin and a blue jay. Not just for kids, these popular construction bricks make surprisingly accurate and fun-to-build birds.

Even small birds can have bad tempers, as any backyard birder who feeds hummingbirds well knows. These tiny birds often have the biggest attitudes, and hummingbird aggression can be entertaining to watch. This hummingbird behavior, however, can be a problem for other hummers at backyard feeders when one aggressive bird may chase many others away from the feeding area: here.

25 thoughts on “Hummingbirds and snake in Costa Rica”