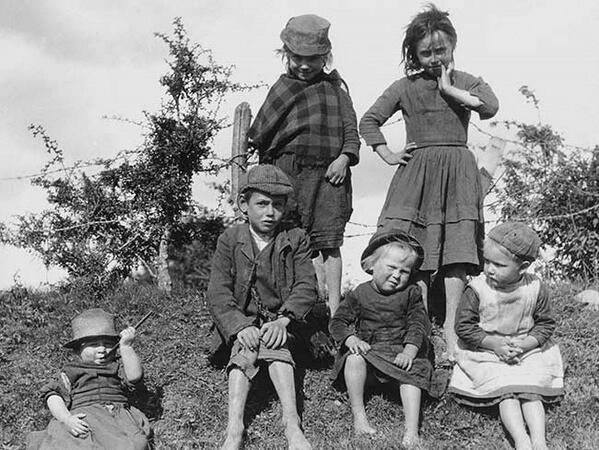 By Terrence McCoy in the Washington Post in the USA:

In a town in western Ireland, where castle ruins pepper green landscapes, there’s a six-foot stone wall that once surrounded a place called the Home. Between 1925 and 1961, thousands of “fallen women” and their “illegitimate” children passed through the Home, run by the Bon Secours nuns in Tuam.

Many of the women, after paying a penance of indentured servitude for their out-of-wedlock pregnancy, left the Home for work and lives in other parts of Ireland and beyond. Some of their children we not so fortunate.

More than five decades after the Home was closed and destroyed — where a housing development and children’s playground now stands — what happened to nearly 800 of those abandoned children has now emerged: Their bodies were piled into a massive septic tank sitting in the back of the structure and forgotten, with neither gravestones nor coffins.

“The bones are still there,” local historian Catherine Corless, who uncovered the origins of the mass grave in a batch of never-before-released documents, told The Washington Post in a phone interview. “The children who died in the Home, this was them.”

The grim findings, which are being investigated by police, provide a glimpse into a particularly dark time for unmarried pregnant women in Ireland, where societal and religious mores stigmatized them. Without means to support themselves, women by the hundreds wound up at the Home. “When daughters became pregnant they were ostracized completely,” Corless said. “Families would be afraid of neighbors finding out because to get pregnant out of marriage was the worst thing on Earth. It was the worst crime a woman could commit, even though a lot of the time it had been because of a rape.”

According to documents Corless provided the Irish Mail on Sunday, malnutrition and neglect killed many of the children, while others died of measles, convulsions, TB, gastroenteritis and pneumonia. Infant mortality at the Home was staggeringly high. “If you look at the records, babies were dying two a week, but I’m still trying to figure out how they could [put the bodies in a septic tank],” Corless said. “Couldn’t they have afforded baby coffins?”

Special kinds of neglect and abuse were reserved for the Home Babies, as locals call them. Many in surrounding communities remember them. They remember how they were segregated to the fringes of classrooms, and how the local nuns accentuated the differences between them and the others. They remember how, as one local told the Irish Central, they were “usually gone by school age — either adopted or dead.”

According to Irish Central, a 1944 local health board report described the children living at the Home as “emaciated,” “pot-bellied,” “fragile” and with “flesh hanging loosely on limbs.”

Corless has a vivid recollection of the Home Babies. “If you acted up in class some nuns would threaten to seat you next to the Home Babies, ”she said. She said she recalled one instance in which an older schoolgirl wrapped a tiny stone in a bright candy wrapper and gave it to a Home Baby as a gift.

“When the child opened it she saw she’d been fooled,” Corless told Irish Central. “Of course I copied her later and I tried to play the joke on another little Home girl. I thought it was funny at the time. … Years after I asked myself what did I do to that poor little girl that never saw a sweet? That has stuck with me all my life. A part of me wants to make up to them.”

She said she first started investigating the Home, which most locals wanted to “forget,” when she started working on a local annual historical journal. She heard there was a little graveyard near what had been the Home, and that piqued her curiosity. How many children were there?

So she requested the records through the local registration house to find out. The attendant “came back a couple of weeks later and said the number was staggering, just hundreds and hundreds, that it was nearly 800 dead children,” Corless said.

Once, in 1995, Corless said in the phone interview, several boys had stumbled across the mass grave, which lay beneath a cracked piece of concrete: “They boys told me it had been filled to the brim with human skulls and bones. They said even to this day they still have nightmares of finding the bodies.”Locals suspect the number of bodies in the mass grave, which will likely soon be excavated, may be even higher than 800. “God knows who else is in the grave,” one anonymous source told the Daily Mail. “It’s been lying there for years and no one knows the full extent of the total of bodies down there.”

The “Irish Holocaust” saw hundreds of babies left to die – and the practice may have been more common than first thought: here.