This video is called red kites in slow motion. See especially after 1 minute 30 seconds into the video.

31 October 2014. After the Llobregat delta of 30 October, and the morning in Bierge, more lower Pyrenees in the afternoon. It is 17 degrees Celsius, warm for the time of the year.

We go to Alquézar. Most geographical names in Spain beginning with Al are originally Arabic, dating from the early Middle Ages when in most of the Iberian peninsula there was Muslim rule. Alquézar village (Alquezra in Aragonese) has it name from the Arabic word for fortress. Jalaf ibn Rasid had a fortress built there. In the eleventh century, Christians conquered it.

There are swallow nests in the old village Alquézar. One might expect: house martins. However, here the nests belong to Eurasian crag martins. 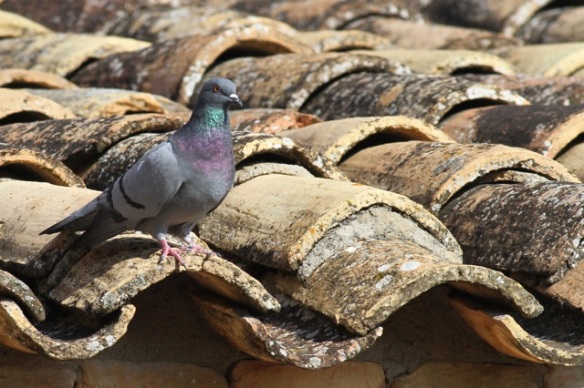 There are rock pigeons in Alquézar too. A bit difficult to say in this rocky environment whether they are wild rock pigeons or domestic pigeons. 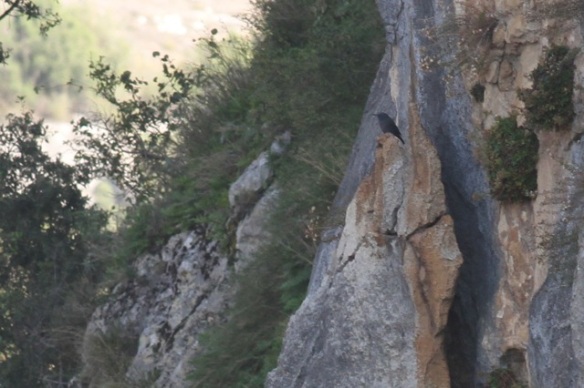 There are many canyons in the mountains near Alquézar. At one of them, we saw this blue rock thrush.