This video is the trailer of a film about wallcreepers.

Underneath here is a photo of a wallcreeper. A really special bird. One of the main reasons why we went to the Pyrenees mountains in Spain. 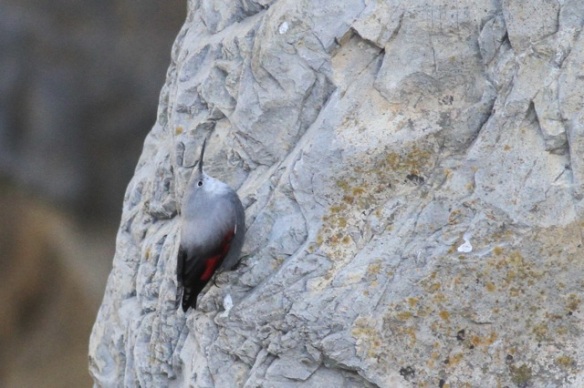 We might have seen a wallcreeper at the canyons near Alquézar on 31 October. However, we did not.

Next day, 1 November 2014, we left the foothills of the Pyrenees for the higher parts of these mountains.

Thirteen minutes later, we are at about 1200 meter above sea level. A small bridge across a stream.

The first special bird which we see is a dipper among the rocks in the water. 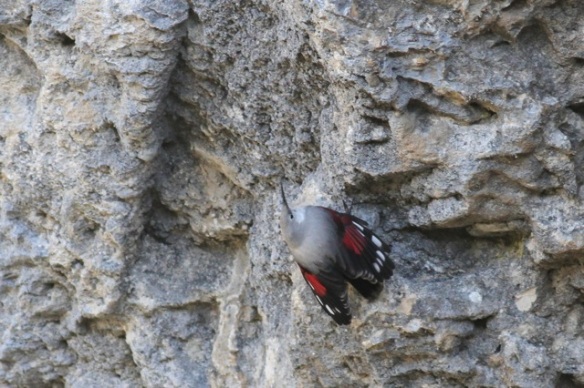 Soon afterwards, a maybe even more spectacular bird: a wallcreeper on the canyon face!

In summer, male wallcreepers have black throats, females have grey throats. Now, in November, they both have whitish throats. 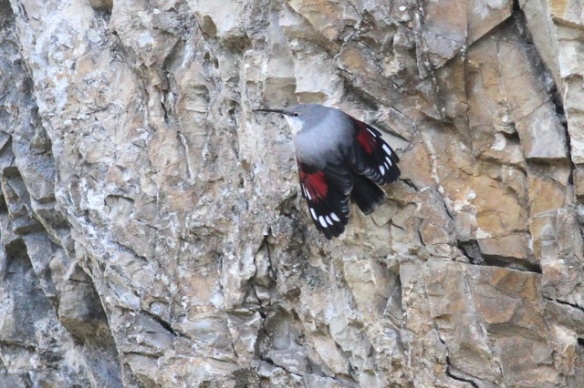 This bird sings (hear recordings here). As both genders sing, we can’t know whether this bird is male or female.

They usually nest above 2000 meter, and are at lower altitudes now because of the approaching winter. 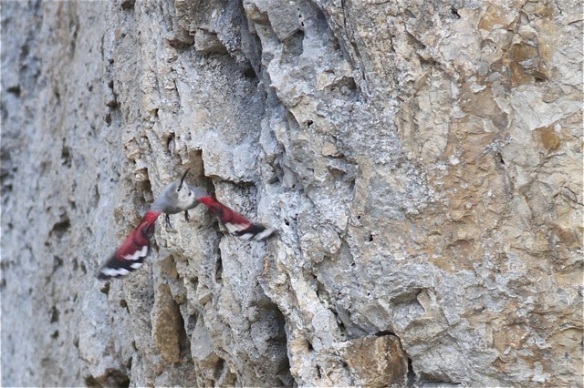 We walk on. A long-tailed tit in a coniferous tree.

A crested tit in another coniferous tree.

A bit further, a treecreeper doing acrobatics on the underside of a branch.

Then, a coal tit.

As we go back, we leave the forest.

Though it is November, still blue chicory flowers.

On a white lucerne flower, a small butterfly: a geranium bronze. Originally from South Africa; introduced to Spain.

We continue, still higher up the Pyrenees.

20 thoughts on “Wallcreeper, dipper and crested tit in Spain”