After 30 October in Barcelona, we continued to Aragon, more to the west in Spain. Along the road, white storks had built nest on electricity pylons. We arrived in Bierge village, in the foothills of the Pyrenees mountains, with its church pictured here.

On the next day, 31 October 2014, Eurasian crag martins circled along the church. Most swallow species are migratory; at least in Spain, crag martins are the only swallows staying all year.

Early in the morning in Bierge. Spotless starlings. A griffon vulture flying far away.

As we walk, a black redstart on the footpath.

Two common starlings sitting next to a spotless relative.

Two rock sparrows on a field.

A crested lark on the road.

A female cirl bunting in a bush cleans her feathers. 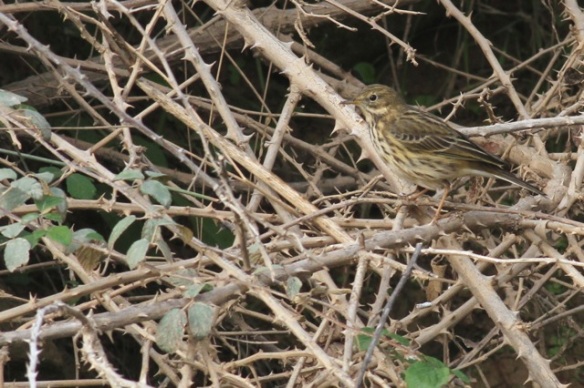 A female chaffinch in a tree.

A woodlark and a song thrush together in a tree. 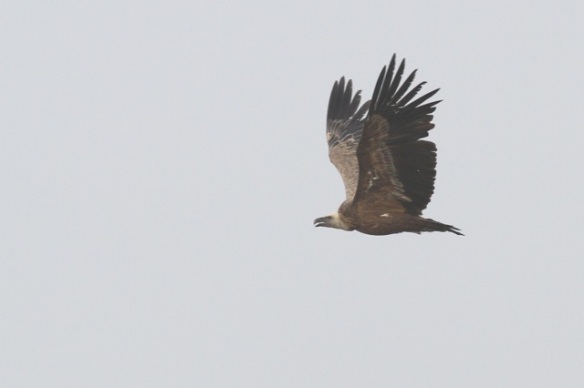 A griffon vulture flies past.

On the side of the road are burrows. They are nests of bee-eaters, wintering in Africa now.

Scores of griffon vultures on a rock where there is food. A raven joins them.

A bearded vulture and a red kite fly above them. 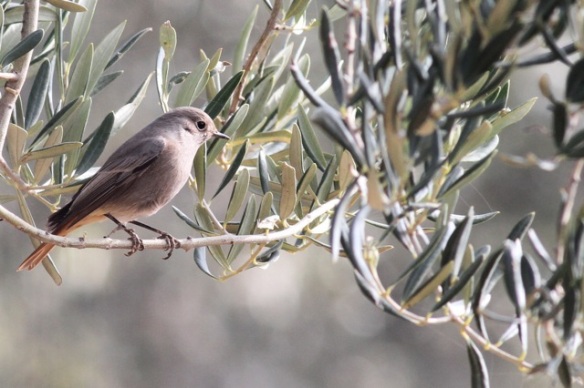 A male cirl bunting singing in a tree.

25 thoughts on “Griffon vulture and black redstarts in Aragon, Spain”