This 2016 video from Portugal says about itself:

Cacela Velha is a village located in a sandstone elevation in front of the Ria Formosa and the sea (Vila Nova de Cacela, Vila Real de Santo António), where one sees one of the most beautiful panoramic views of the eastern Algarve.

After yesterday, today to the ancient fortress town on the south coast, Cacela Velha.

In various ways, the small town remembers one of its most famous inhabitants, Muslim poet Ibn Darraj al Qastalli (958-1030). 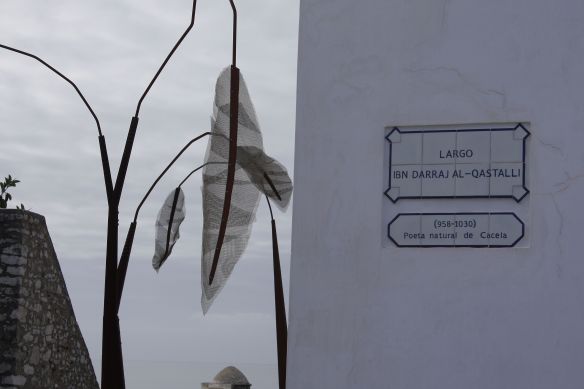 A square was named after the poet.

One can read lines from a poem by Ibn Darraj on spring in Portuguese, English and French.

Not far away, lines from that poem in Portuguese only.

The Moroccan-Spanish society also honours Ibn Darraj in Cacela Velha (though the poet was born in Portugal, he was of Moroccan Berber ancestry).

Later Portuguese poets are also honoured with streets named after them in this town. 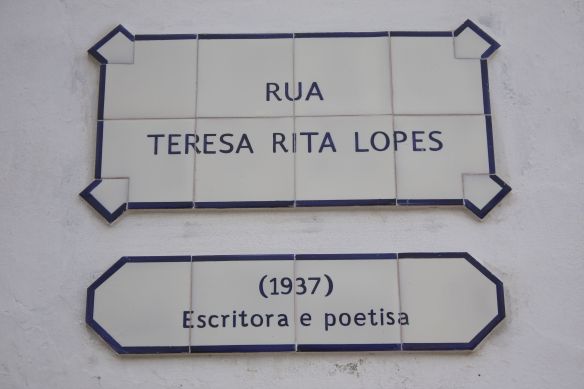 For instance, the poetess Teresa Rita Lopes, born in 1937, is honoured with this street sign.