Thursday 28 February 2013 was our first full day at Lac du Der in France.

My apologies that you have had  to wait in vain so long for the photos from France. Sorting out the many pictures took longer than I had over-optimistically expected.

As I wrote earlier, early that Tuesday morning, cranes and a sea eagle along the lake bank.

Later in the morning, a kestrel on a tree.

Two cranes feeding on a field. 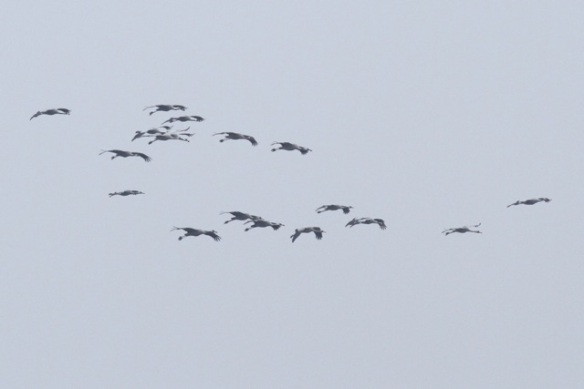 We arrive at the Ferme aux grues. This is a farm, owned by BirdLife in France, with bird-friendly agriculture. Every day, much grain is provided, attracting hundreds or thousands of cranes.

This has at least three aims: 1. Preventing damage to other farms by cranes which, late during their spring migration, may eat not just last year’s waste grain, but also spring sowing seed. 2. Giving birdwatching ecotourists a chance to see big flocks of cranes, not only when they go to their Lac du Der sleeping spots late in the afternoon or wake up early in the morning, but also during the rest of the day. 3. To lure birdwatchers away from cranes feeding on other fields, as the birds are shy and easily disturbed.

The two hides on this picture, close to the feeding cranes, are reserved for photographers renting them for a whole day.

This day, the Ferme aux grues attracted other birds as well around its hide. They go to the feeder for small birds, or perch in trees. Like house sparrows. A starling; a blue tit. A male chaffinch.

A male and two female bullfinches. 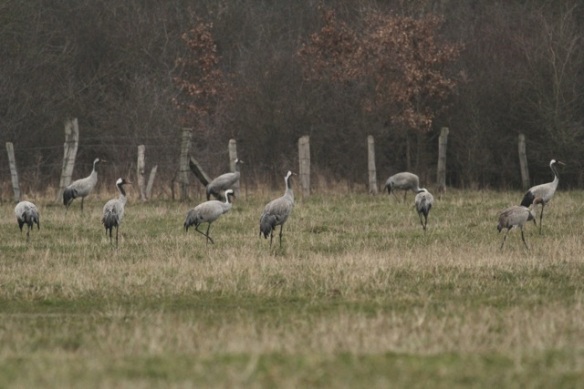 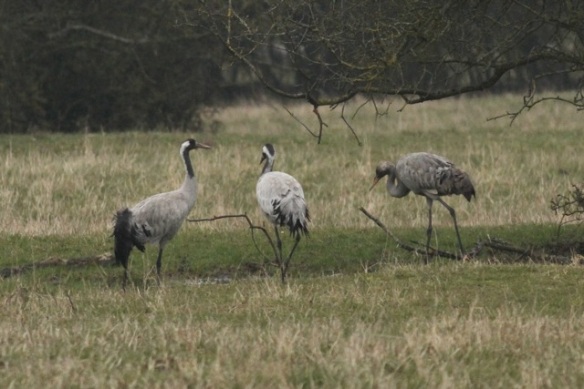