As I wrote earlier, we continued after seeing the cranes at the Ferme aux grues.

A roe deer on a meadow.

Two collared doves on a fence.

In a tree, scores of starlings and fieldfares.

On the other side, mute and whooper swans. Male and female teal.

Then, unexpected guests for this inland freshwater lake: a female long-tailed duck and a velvet scoter. Both marine species.

A carrion crow in a tree on the bank. 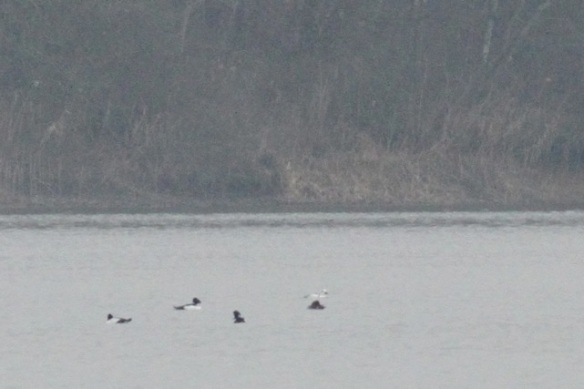 We walk on a dam across the lake. About twenty common goldeneyes swimming and diving. A female common scoter joins them. Also, a male and a female smew.

Later on the lake, a female goosander.

17:25. A lakeside hide. A pied wagtail on a small artificial island. 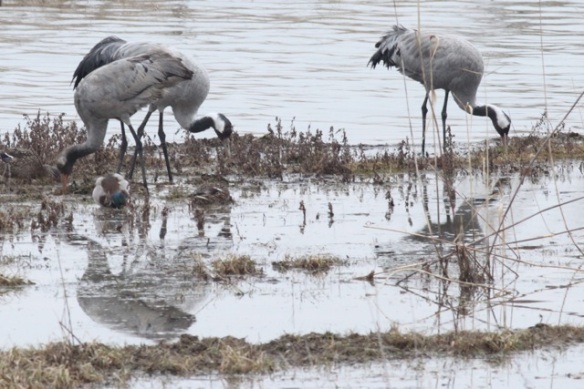 Three cranes, parents and their youngster, feeding. A coypu and mallards close to them. 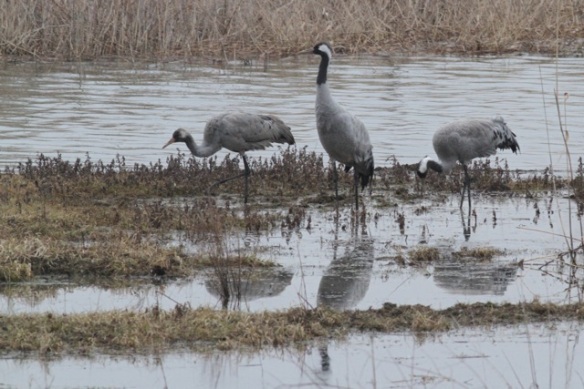 17 thoughts on “Rare ducks and cranes in France, photos”