After yesterday, Saturday 2 March 2013 was our third full day at Lac du Der in France.

After the early morning, we traveled further than before.

Today, we hoped to see not only cranes and water birds, but forest birds as well.

We went to Lac d’Orient. Around this lake is the Parc Naturel Régional Forêt d’Orient.

And the black woodpecker.

This video is about a black woodpecker nest in the Netherlands.

This is another black woodpecker video, from Bulgaria.

On our way, we passed yesterday’s big crane group, on the field near the trees. They were still there.

In a village, moss on a tombstone in a cemetery.

Then, we arrived at the Lac Amance lake. A chaffinch in a tree.

On a bank of the canal leading to the lake, a water pipit. Maybe the only European bird species which in autumn migrates to the north, not the south. These birds live high in the Alps, which get inhospitable in winter, so they migrate to lowlands.

Then, to the hide. Mute swans and a Bewick’s swan.

A peregrine falcon on the bank. Great cormorants behind it.

On to the second lake, Lac du Temple. A male wigeon swimming.

Near the hide, a lesser spotted woodpecker.

From the hide, a male goosander swimming.

Then, a forest walk. Holes in the ground. Used by badgers as “toilets”.

We hope to see the black woodpecker, but we only hear it.

We do see a nuthatch. And a European crested tit.

As we go on, a buzzard along the road, feeding on a roe deer killed by traffic.

Then, a migrating group of over ten red kites, circling in the air. 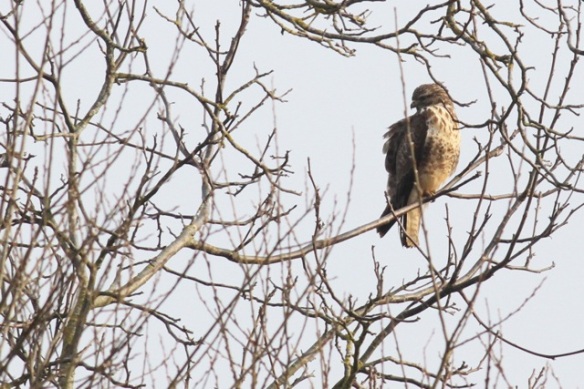 Close to them, another buzzard sits in a tree.

Much mistletoe in the trees. And, of, course, no lack of cranes. 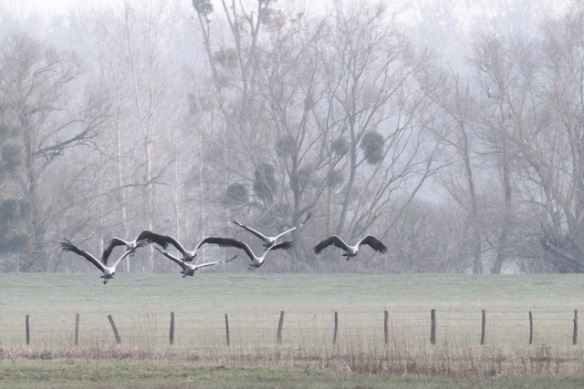 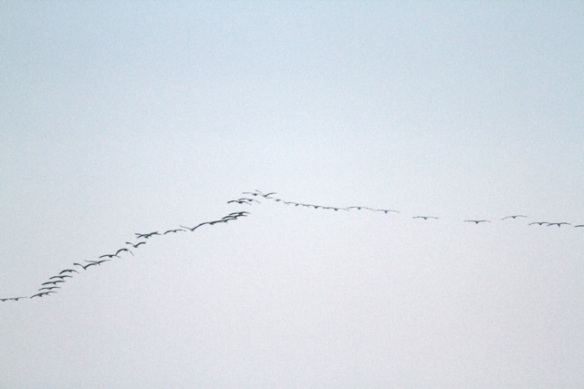 Our last lake of today is the Étang de la Horre. A male and a female smew swim there, cleaning their feathers.