French protesters, who were participating in demonstrations against labor reforms, pelted the country’s economy minister, Emmanuel Macron, with eggs outside a post office in Montreuil, Paris, on June 6. The protest outside the post office was reportedly held by trade union CGT … Macron was reportedly attending the post office in Montreuil to reveal a stamp commemorating the 80th anniversary of the establishment of France’s Popular Front coalition government, which created new labor laws in favor of workers.

That was over a year ago, when Macron was not yet president (which he became only because he was not fascist Marine Le Pen, his only positive quality).

TRADE UNIONS protested in Paris yesterday as President Emmanuel Macron unveiled his new labour “reforms,” which would make it easier for bosses to hire and fire.

Mr Macron wants parliament to vote on the new legislation — the third attack on workers’ rights in the past few years — without a chance to amend it.

The country’s 3,000-page labour code is seen by the neoliberal leader as the major cause of joblessness in France, although other large European countries such as Italy and Spain have higher unemployment and the eurozone average is 9.1 per cent.

Hundreds attended a protest called by union federations CGT and Solidaires, Right to Housing and Attac France in the Parisian suburb of Jouy-enJosas against the reforms.

“Mr Macron represents the big bosses, and those who want to cut public services, social protection and everything achieved by workers,” one protester said. “It is about ideology,” another insisted.

“To be able to sack workers more easily and stop work. “In fact, he wants to get rid of employee protections altogether.” 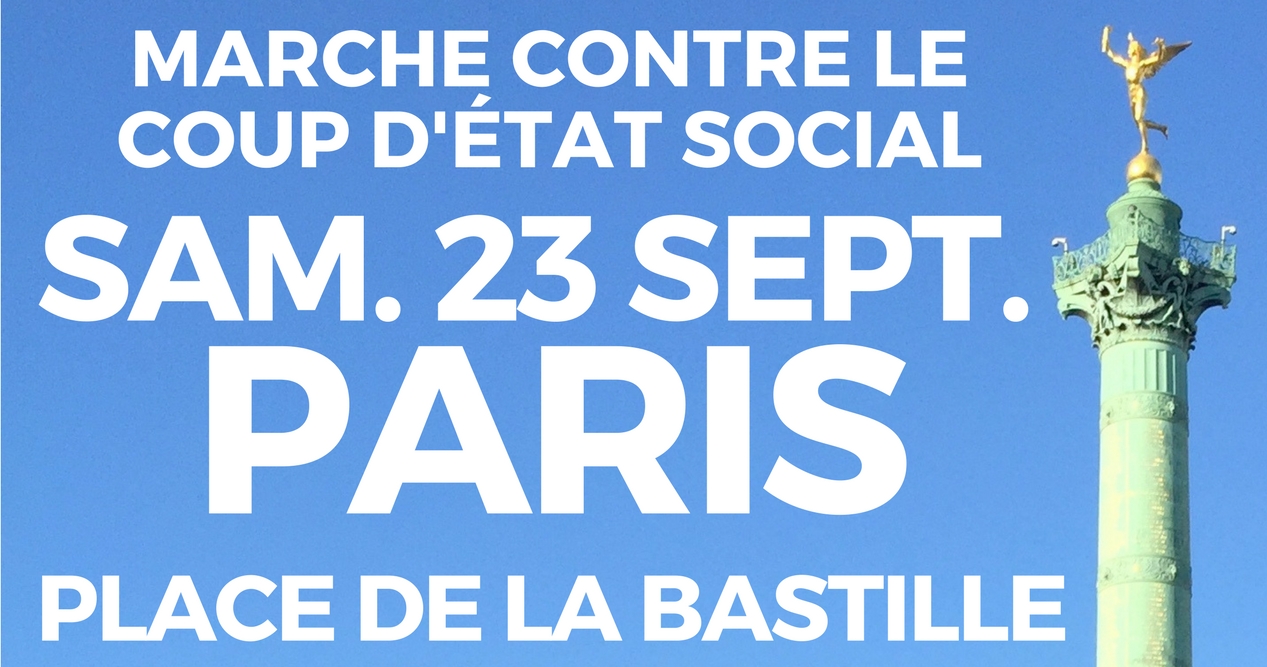 One allows employers to exclude unions when negotiating redundancies with staff.

Another puts a limit on compensation for unfair dismissal based on time served. The maximum will be 20 months’ salary after 29 years of employment.

The legislation would also allow small and medium enterprises to negotiate outside of industry-wide collective bargaining agreements.

France’s Prime Minister Edouard Philippe and Labour Minister Muriel Pénicaud yesterday unveiled President Emmanuel Macron’s decrees aimed at tearing up the country’s Labour Code. A year after the Socialist Party (PS) government imposed its labour law, trampling the opposition of the vast majority of the French people, Macron is unilaterally reinstating into law all the most unpopular measures the PS decided to withdraw in the face of mass protests: here.