The polar bears of Svalbard cannot help their curiousity when they encounter some new technology – spy cameras! Narrated by David Tennant.

After yesterday, and after the black guillemots, fulmars and more of earlier today on 4 June in Svalbard, we continued.

We are going to Bjorndalen. This valley is called after polar bears, which occasionally, though not very often, come there.

There is a very much better chance of seeing birds there. 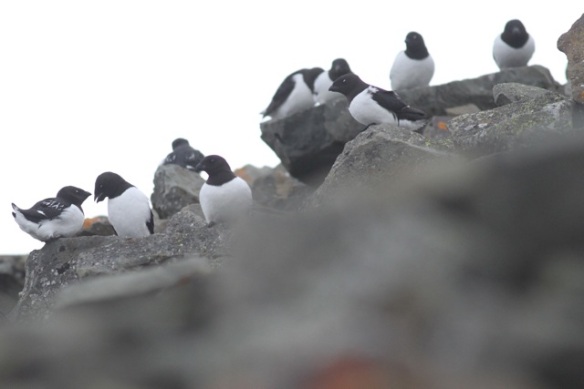 Little auks are the most numerous breeding birds of Svalbard; there are estimates of a million breeding pairs. Their big numbers make for much guano, attracting plant life. 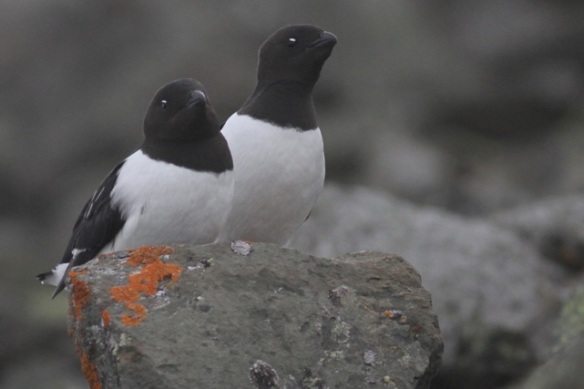 Often, the little auks sat on rocks with lichens. 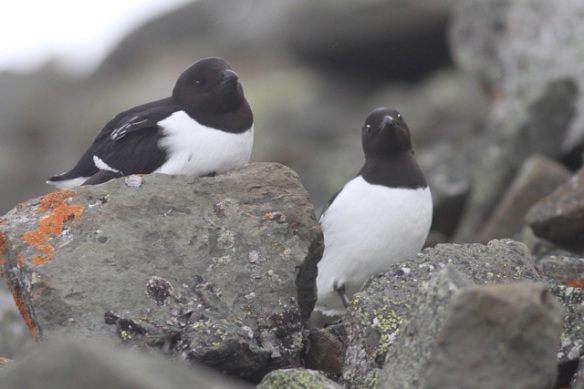 The Bjorndalen little auk colony was on a rather steep rock face. 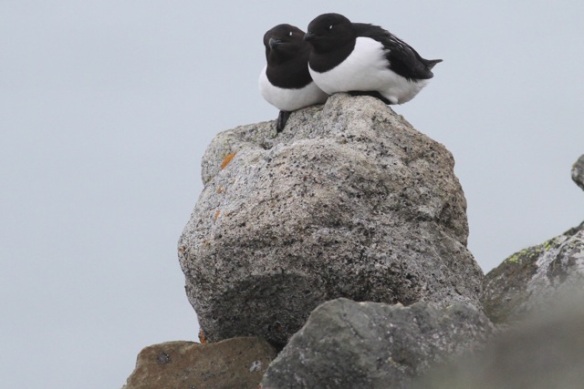 Their nesting season had not really begun yet. Little auks usually lay their eggs about 50 centimeter below the surface. 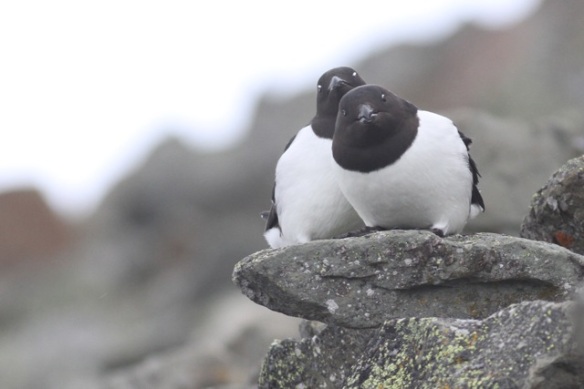 Near the little auks, there were snow buntings as well. 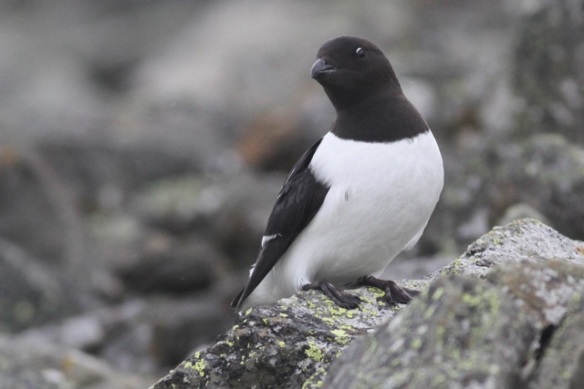