3 June 2013, after our arrival on 2 June, and after we tried in vain to discover ivory gulls in the night of 2 to 3 June, was our first full day on the Svalbard archipelago.

Early in the morning, a snow bunting‘s song welcomes us. Barnacle geese call.

From rocks high above the village, little auks‘ sounds.

On a telephone pole sits a male ptarmigan. Maybe he slept there, to avoid predation by Arctic foxes.

About a hundred meter away is a female ptarmigan.

Then, in a graceful flight, the male flies towards the female. 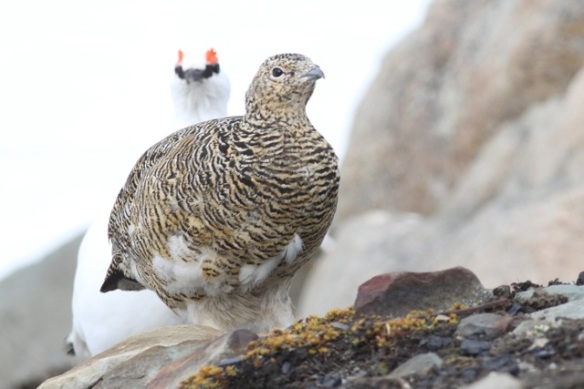 Together, they feed near the dirt road. 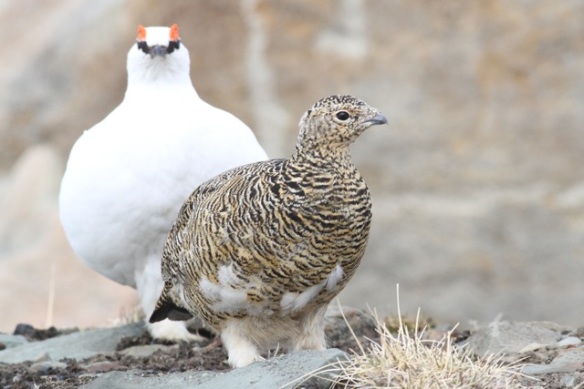 Then, they go to the ruins of old mine buildings, destroyed by Hitler’s navy in 1943.

They cross snowy patches. The male cleans his feathers.

Then, on a small mine building ruin wall, the female lies down on her belly, spreading her wings as an invitation.