This 5 June 2020 Reuters news agency video from the USA says about itself:

Two Buffalo, New York, police officers were suspended without pay on Thursday after a video showed them shoving a 75-year-old man to the ground, as protests over the police killing of George Floyd continued into their tenth night.

The victim is now, seriously injured, in a hospital.

Translated from Dutch NOS radio today on this:

During last night’s protest, the elderly white man was brutally knocked to the ground. He sustained a head wound.

Police first said the man had stumbled. But when the video went public, police announced that an internal investigation would be conducted. …

After the man was knocked to the ground, the officers walked on and left him lying.

Austin, Texas police critically injure young protesters with “less lethal” beanbag rounds. By Matthew Taylor, 5 June 2020. College student Justin Howell was hospitalized on Sunday with a fractured skull and brain damage after being shot in the head while participating in a demonstration against police violence.

Anger over US police assault on Australian journalists in Washington DC. By Oscar Grenfell, 4 June 2020.

Ten thousand people have been arrested across the US as protests against police violence continue to expand. By Kevin Reed, 5 June 2020. Protests have taken place in more than 500 cities and towns across the US over the past ten days in the face of the deployment of riot police, the National Guard and Trump‘s threat of military intervention.

Trump intensifies campaign to brand domestic opposition as terrorism. 5 June 2020. The White House’s planned use of anti-terrorism units to apprehend “agitators” is aimed at criminalizing opposition to police violence and the policies of the oligarchy: here.

“The rich are concerned with keeping their power and keeping the race thing going”. American workers voice support for mass protests against police brutality. By Evan Blake, 4 June 2020.

In this video, American football players protest against American football Big Business bosses not denouncing the murder of George Floyd and other racism, while punishing players for protesting against it (contrary to the bosses of FIFA, the world soccer league).

New details emerge in hearing for three charged in murder of Ahmaud Arbery. By Matthew MacEgan, 5 June 2020. The judge in the Arbery case found probable cause against all three defendants and declared that all of their cases would move forward to trial. 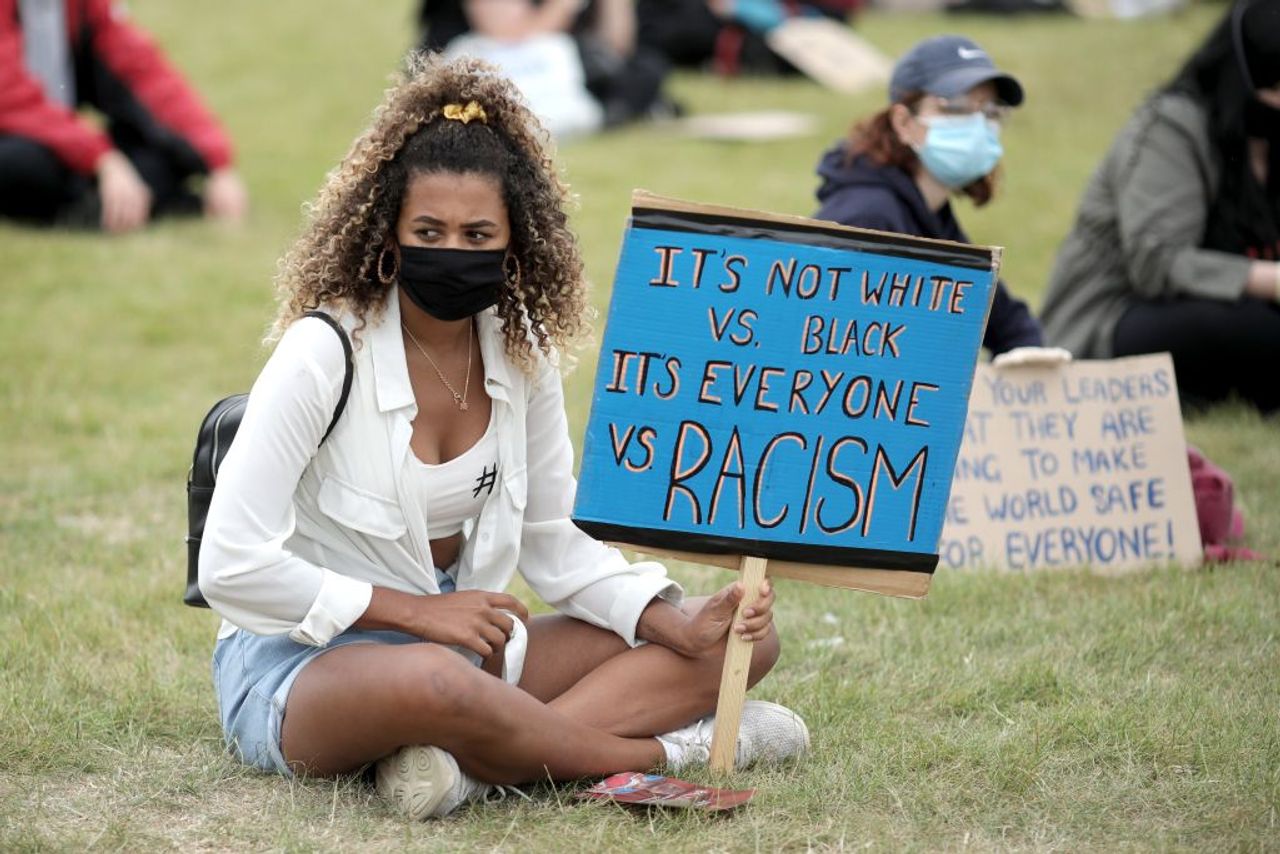 Protests erupt in France against police violence and Trump’s coup d’état. By Alex Lantier, 5 June 2020. After the anti-constitutional threats by Trump to deploy the military against protests in the United States, 20,000 people demonstrated in Paris on Tuesday.

German protests in solidarity with George Floyd and against police violence. By Jan Ritter and Noah Windstein, 5 June 2020. The brutal video-recorded murder has shocked people in Germany and many have taken to the streets in protest.