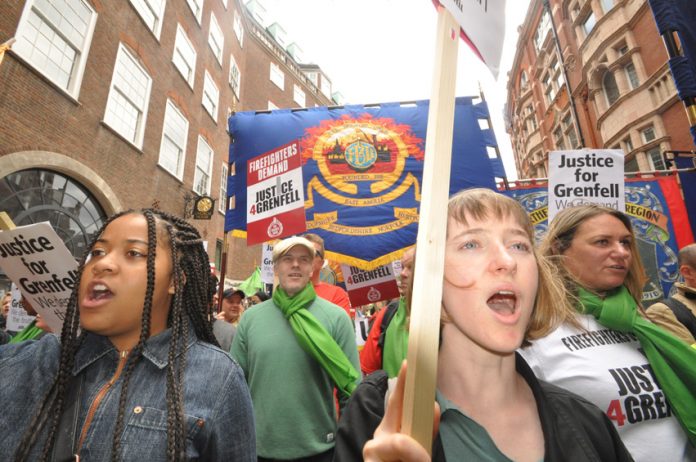 Ryhurst driven out of Whittington Hospital

WHITTINGTON NHS Trust has had to abandon plans to put the company responsible for installing the flammable cladding on Grenfell Tower in charge of estates management at the Whittington Hospital in Archway, north London.

After furious anger from the local community and intense pressure from local campaign groups the trust has abandoned its plans for a ‘strategic estates partnership’ with Ryhurst, which is a subsidiary of the Rydon Group. Rydon Group refurbished Grenfell Tower between 2014 and 2016.

Fire experts have claimed that the building was fireproof before the refurbishment but that the changes turned the building into a ‘death trap’, with exposed gas pipes, bad fitting windows, and flammable cladding and insulation. Following months of delays to the project, Whittington Health Trust said it was ‘no longer necessary’ to bring in estates company Ryhurst, which it named as preferred bidder for the deal last year.

Meanwhile the inquiry into the Grenfell fire has revealed that Tory cuts to equipment and the refusal to listen to firefighters‘ constant calls to update their radio communication impeded firefighters on the night. When the now foreign secretary Boris Johnson was London Mayor he axed 13 fire engines, which included aerial ladders.

In October 2016 his office claimed: ‘Fires and fire deaths in London remain at a record low as the London Fire Brigade continues to do an excellent job. ‘In the two and half years since these 13 appliances have been held back from the frontline, response time targets have continued to be comfortably met.’

Just eight months later the tragic Grenfell fire broke out, and despite firefighters’ best attempts at saving people so many men, women and children lost their lives. The inquiry heard yesterday how firefighters rescued two men trapped on the fifth floor of Grenfell Tower by propping a 13.5-metre (45ft) ladder against the outside of the building.

Thomas Abell, who drove one of the first pumps to arrive at the scene had to rescue two men from the fifth floor. The first ladder they used was nine metres (30ft) long. They put it up from the mezzanine floor but realised it was not long enough. With help from several residents, they hauled up a 13.5 metre (45ft) ladder.

‘This was achieved by some of us pushing the ladder up from the ground floor whilst others pulled from the mezzanine level … we pitched the ladder to the fifth floor apartment where the two males were signalling for our attention.’ Abell climbed up. ‘Once I had got to the window where the two males were, I performed a rescue of one of the males. ‘I did this by coaching him on to the ladder. Understandably this took a bit of time as it was a daunting experience for the male, but slowly he managed to climb on the ladder and descended to the mezzanine level.’

The Fire Brigades Union reacted to earlier evidence given to the inquiry by firefighters Daniel Brown and David Badillo who said that their radios were not working properly on the night of the fire. The FBU said: ‘Both Daniel Brown and David Badillo presented themselves in the best possible manner to the inquiry demonstrating dedication and professionalism in the face of an unprecedented fire. ‘They showed great courage in what was the most horrific fire imaginable. ‘Communication failures have been a recurring theme in major fire incidents for some time.

‘The FBU has called on all fire and rescue services to implement measures to reduce the risk associated with the loss of communications at operational incidents, however it is still a huge problem.’

The FBU stated: ‘In the Rule 43 letter on the Lakanal House fire sent to the London Fire Brigade, the coroner recommended that the brigade consider “whether it would be beneficial to use additional breathing apparatus radio communications channels and personal radio channels at major incidents to reduce the amount of traffic on each channel”.’

Evidence presented to the official inquiry into the Grenfell Tower disaster, which killed 72, reveals the devastating outcome of cuts, privatisation and outsourcing in the fire service: here.