This 15 June 2019 video from London, England says about itself:

Wearing a green scarf, like many others who gathered in west London near the burned-out building, the Labour leader Jeremy Corbyn and rapper Stormzy joined mourners in a silent memorial walk.

Shortly before 1am on June 14, 2017, a small fire broke out in a kitchen in the Kensington high-rise block and became an inferno which claimed the lives of 72 people. The world watched in horror as the blaze engulfed the building with terrifying speed and spread to all four sides in just minutes – in what became the most deadly domestic blaze since the Second World War. For just over a year the building has stood surrounded by white sheeting, with the words ‘Grenfell forever in our hearts’ emblazoned across the four highest floors.

“Everyone is fighting for justice, not only for the people for Grenfell Tower, but all the people around the world”

Socialist Equality Party (UK) members and WSWS reporters attended a number of public events over the weekend marking the second anniversary of the June 14, 2017 Grenfell Tower inferno, in which 72 people died. …

SEP members distributed hundreds of copies of its statement produced for the second anniversary, “Two years since the Grenfell inferno: The case for socialism,” as well as many copies of an article demanding the release from prison of respected local resident and campaigner for justice for the victims of the fire, Reis Morris.

Many people spoke of their sympathy for the plight of Reis—who lost family and friends in the fire and who had to spend the second anniversary behind bars—after he confronted a Grenfell site manager for ignoring his complaints. Many people told WSWS reporters that it was wrong that Reis had been imprisoned while those in political and corporate circles, who are responsible for the Grenfell inferno, were still at large.

At the Solidarity March for Grenfell held on Saturday, World Socialist Web Site reporters spoke to Hamid Ali Jafari, the son of Ali Yawar Jafari, who lived on the 11th floor of Grenfell, and perished in the fire. Hamid was attending the event with his son.

“For me it’s not two years, it’s like it was yesterday,” Hamid explained. “For me I can see the community and the people, and everyone coming together. They give us support.” 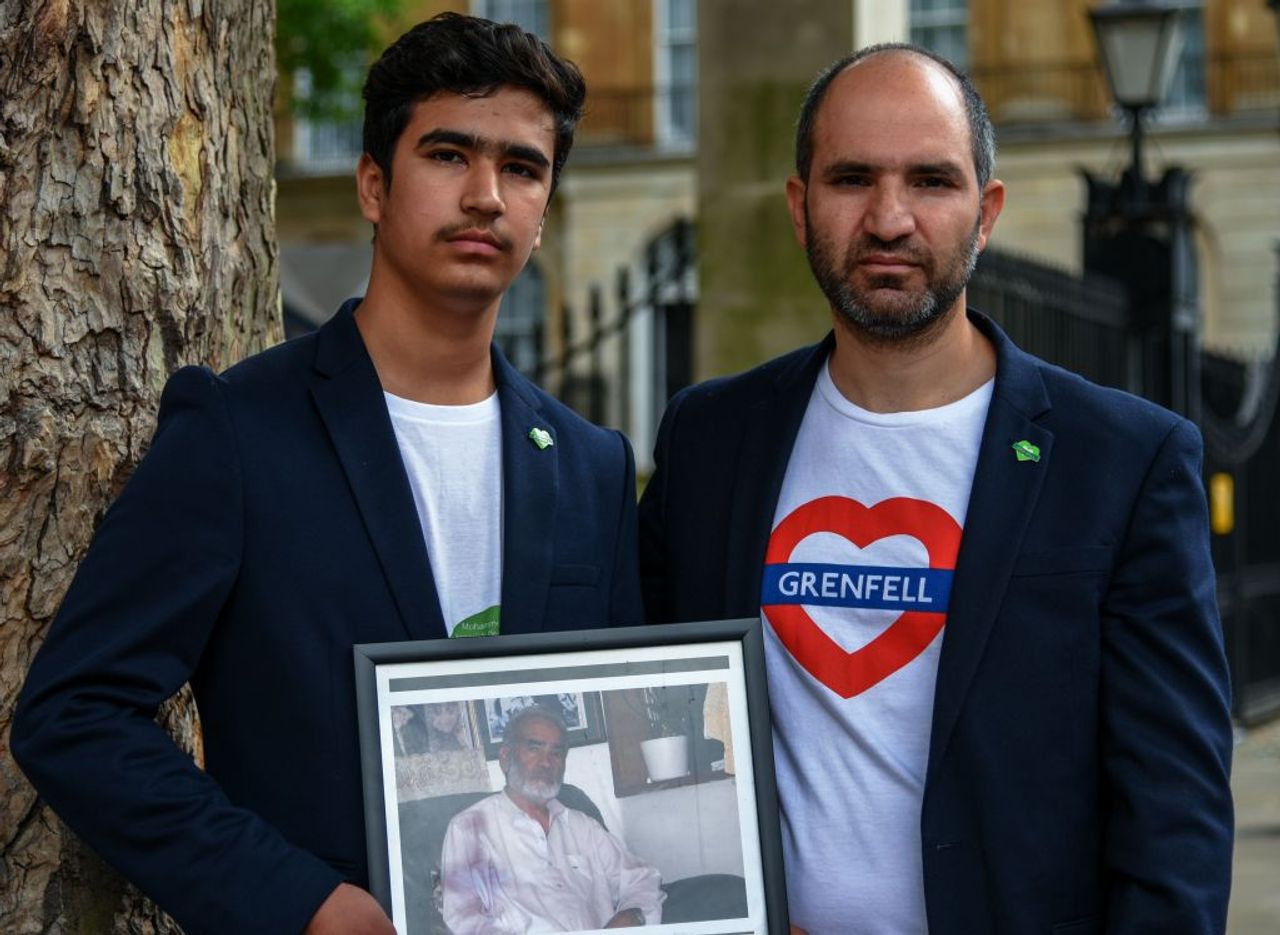 Hamid explained that his father moved to the UK in 2003. “We came from Afghanistan, and my dad was a retired jeweller. We had lived in the tower for years. I used to live with them, but after I got married, we moved. At the time of the fire my mum, my dad and two sisters were living there.

“We had no idea before the fire that things were wrong. We thought that the people who make decisions were doing something right. We are not the politicians; we are not the scientists. The only problem was when we realised that when we had the boiler installed, we could not get access properly to the entrance to the flat.”

Hamid said, “We had no idea we were living somewhere so dangerous. If we had, we would not have let anyone die.”

He expressed the frustration of all the bereaved Grenfell families that they have still not been given answers as to why their loved ones perished and who is responsible. “A few months ago, we met [Prime Minister] Theresa May in Parliament, and my question was, we need closure, we don’t have to wait 25 years, we need something to be done, we need a result about why this happened, and who has done it.

“They [the government] say they will do their best, but say it depends on the public inquiry. Even this last Monday we met [Home Secretary] Sajid Javid in Parliament with [bereaved family’s group] Grenfell United, and everyone is demanding change. They [the government] just promise, but their promises have never been met, so let’s see.”

Hamid said, “That makes you upset, because I read in the newspaper last year that there was fire in a hotel in [wealthy] Knightsbridge. It was a five-star hotel, so they spend a hundred million pounds and they refurbished and reopened it.

“My question is: Grenfell Tower after two years, what have they done to it? They have only covered it [the exterior] up, so they show to the world that ‘we are doing something.’

“They spent £100 million on that five-star hotel. What have they spent on Grenfell Tower? This kind of things makes you upset. We are fighting for justice; I don’t know how long it will take.

“With the help of [the SEP] and the community, I think we will get justice. It might take time, but we have patience, we have waited two years. We keep our anger with us. Let’s see, we have hopes, we will fight for them.”

Asked his thoughts on the fact that so many people in Britain and around the world live in unsafe buildings, Hamid said, “That’s why we are demanding justice, not only for people who were lost. We don’t want other people to be sleeping where there is dangerous cladding blocks. As a government they have promised it and they have got the money to remove the cladding, but they haven’t done it yet.

“That’s why I think everyone is fighting for justice, not only for the people of Grenfell Tower, but all the people around the world. Either they are living in social housing, or they go to hospitals, schools, nurseries [covered with flammable cladding].” 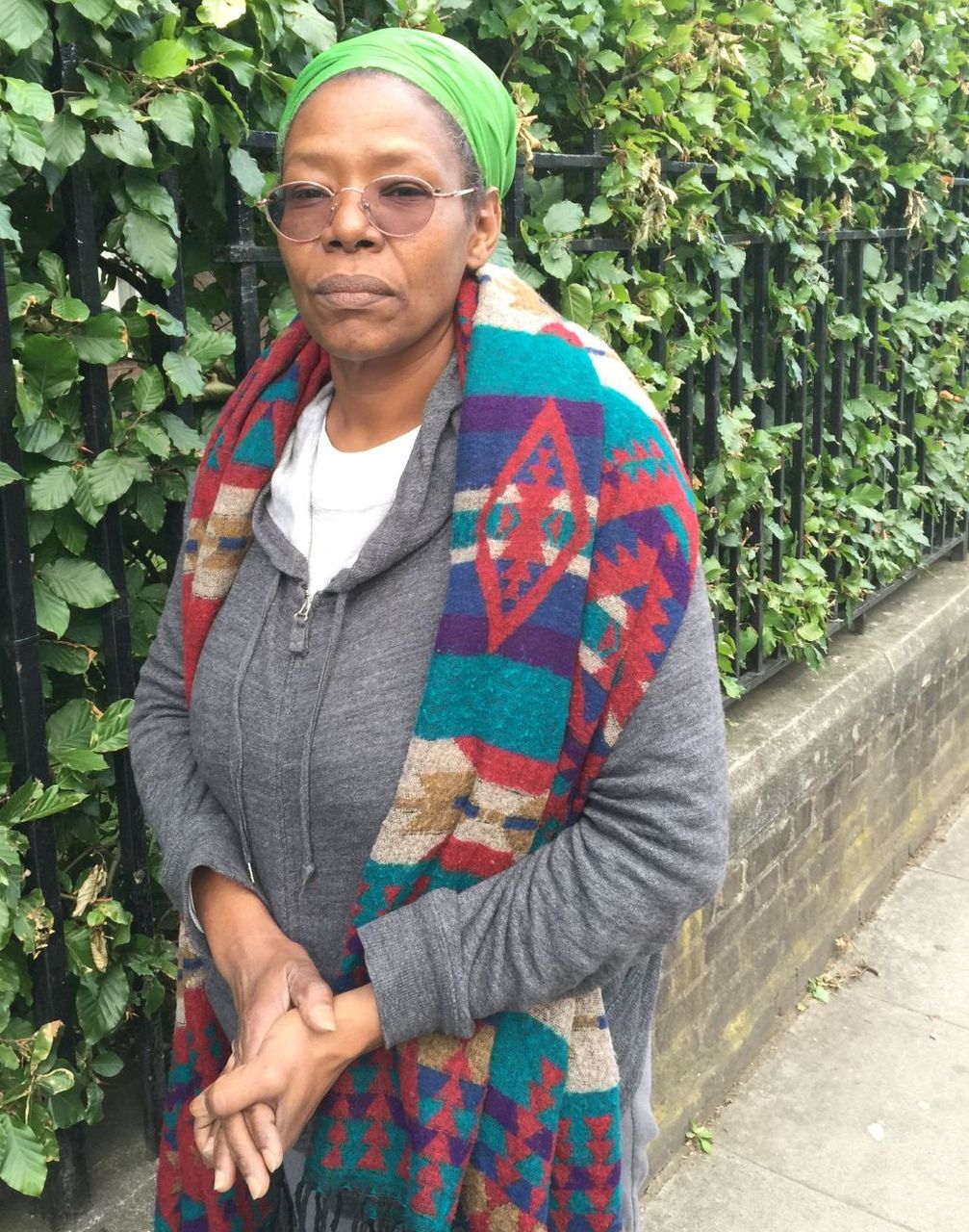 Among those who came to the SEP stall during Friday evening’s commemorations was local resident Belgis Idriss.

Still distraught and angry after the passing of two years, Belgis said, “There was 11 children lost in the tower from my son’s school, including the nursery teacher and her kids. But what surprises me is that we only hear loud voices from up on high, but no one wants to see the truth. No one wants to sit down and hear the truth, hear our pain. All we get is people coming here and saying we want to do this project, art therapy. Which art therapy? We do not need art therapy, we need the truth.

“We do not need flowers because they do not have a grave. Where are we going to put the flowers? All those people are still here around in the air, and it’s them that need the truth. They need justice. No one needs flowers and no one needs music and no one needs art therapy. We can only get the truth by the people fighting together under one word, justice.

“All the victims that are still alive know what happened to them was not human, and if all Europe said after the Second World War ‘never again’ then we must make this government say ‘never again’ can we have a crime like this. But to do that they must put the criminals responsible for this in prison.” 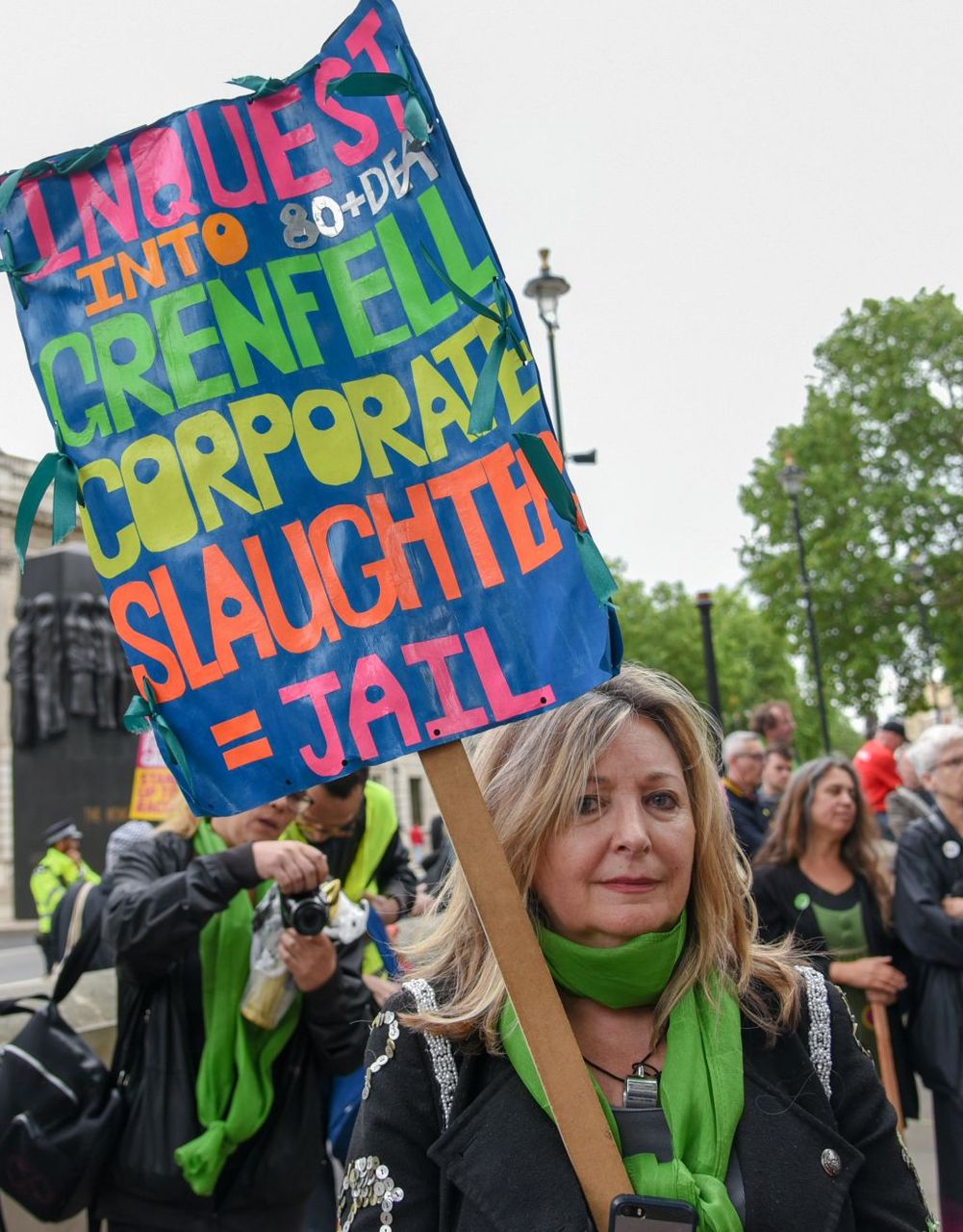 She said, “Kensington and Chelsea is such a rich borough and they [the Conservative council] saved money on the cladding they used without any checking. Really, they did it to look nice for the rich people around there. It wasn’t for the people inside. It wasn’t helping them very much. They could’ve done a better job insulating their homes, giving decent sprinklers. There’ve been fires before in Grenfell that hadn’t spread the way that this did, but the cladding caused it, and nobody has been held accountable.”

She explained that in parliament the previous week, a debate was held on Grenfell “and only 14 MPs turned up, out of 600 of them. They’re not interested because they’ve got friends who’ve got property investments. … They’re not worried about making people they represent safe in decent homes. Look at our streets covered in homeless people. You only have to look at [former Conservative London Mayor and leading contender to replace Theresa May as prime minister] Boris Johnson selling a fire station and turning it into luxury flats, this sums up the whole situation. And to blame the fire service for not doing what they should’ve done is ridiculous, because they’re being cut and cut.”

A Westminster coroner’s court inquest heard that Grenfell fire campaigner, Amanda Beckles, had committed suicide. The coroner, Dr. Fiona Wilcox, gave the cause of death of the 51-year old woman as asphyxia. Amanda lived just 300 metres from the Grenfell Tower block and witnessed the devastating fire on June 14, 2017, in which 72 people died: here.