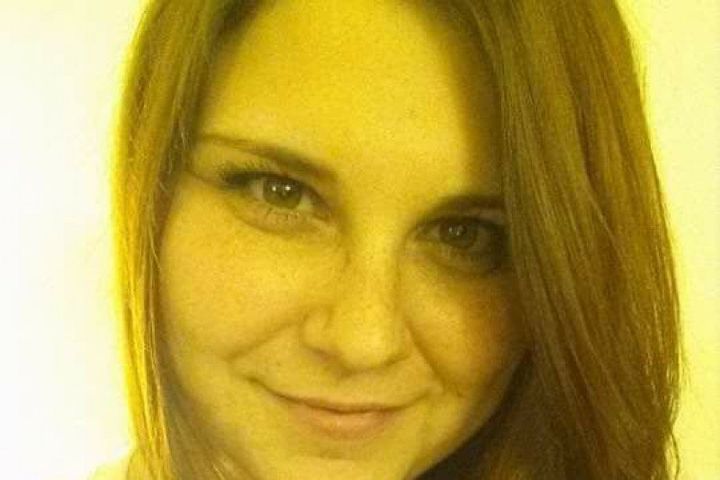 By Dominique Mosbergen and Andy Campbell in the USA:

The woman who was killed in Charlottesville, Virginia, on Saturday when a car plowed into a group of anti-racist demonstrators was “murdered while protesting against hate,” says a GoFundMe page set up by a family friend.

Gov. Terry McAuliffe (D) confirmed her identity as Heather Heyer, 32, a paralegal who lived in Charlottesville. The GoFundMe page quotes Heyer’s mother as saying her daughter “died doing what was right. My heart is broken, but I am forever proud of her.”

Ms Heyer was a civil rights activist and a Bernie Sanders supporter.

As of late Sunday morning, more than $80,000 had been been pledged to the GoFundMe campaign. According to the page, Heyer was a graduate of Willam Monroe High School in Stanardsville, located about 25 miles north of Charlottesville.

A neighbor of Heyer’s, who declined to be named, said on Sunday morning that the woman was well known locally.

“All I can say is she lived her life like her path ― and it was for justice,” the woman told HuffPost as she getting into her car. Outside the neighbor’s home in the complex of duplex housing, a sign reads: “This is a welcoming household. We love our neighbors who are immigrants, LGBTQ, people of color, living with a disability, Muslim, women, and survivors of sexual assault. We love and respect our neighbors.”

Heyer was killed when a car careened into a crowd of hundreds of counter-protesters who had gathered in Charlottesville to oppose a white supremacist rally. A witness said people flew into the air “like they were just bowling pins.”

The Associated Press reported that Heyer had been “crossing the street” when she was killed. At least 19 others were injured in the crash, some critically, said police.

Many took to Twitter to pay homage to Heyer. Rep. Keith Ellison (D-Minn.), actress Janelle Monae and comedy writer Bess Kalb were among those who praised the young woman for her bravery and for standing up against hate.

“If you’re not outraged, you’re not paying attention,” Heyer shared in November.

James Alex Fields Jr., a 20-year-old Ohio man, is accused of driving the car that killed Heyer. He has been charged with one count of second-degree murder, three counts of malicious wounding and one count of failing to stop at a crash resulting in a death, police said. …

A candlelit vigil is being planned for Heyer in Charlottesville on Sunday evening. Hundreds on Facebook have expressed their desire to attend.

Maybe it would be a good idea for the city of Charlottesville to replace the statue in Emancipation Park of slave owner, slave plantation manager, and warrior for slavery on American Civil War battlefields General Robert E. Lee with a monument for Heather Heyer? 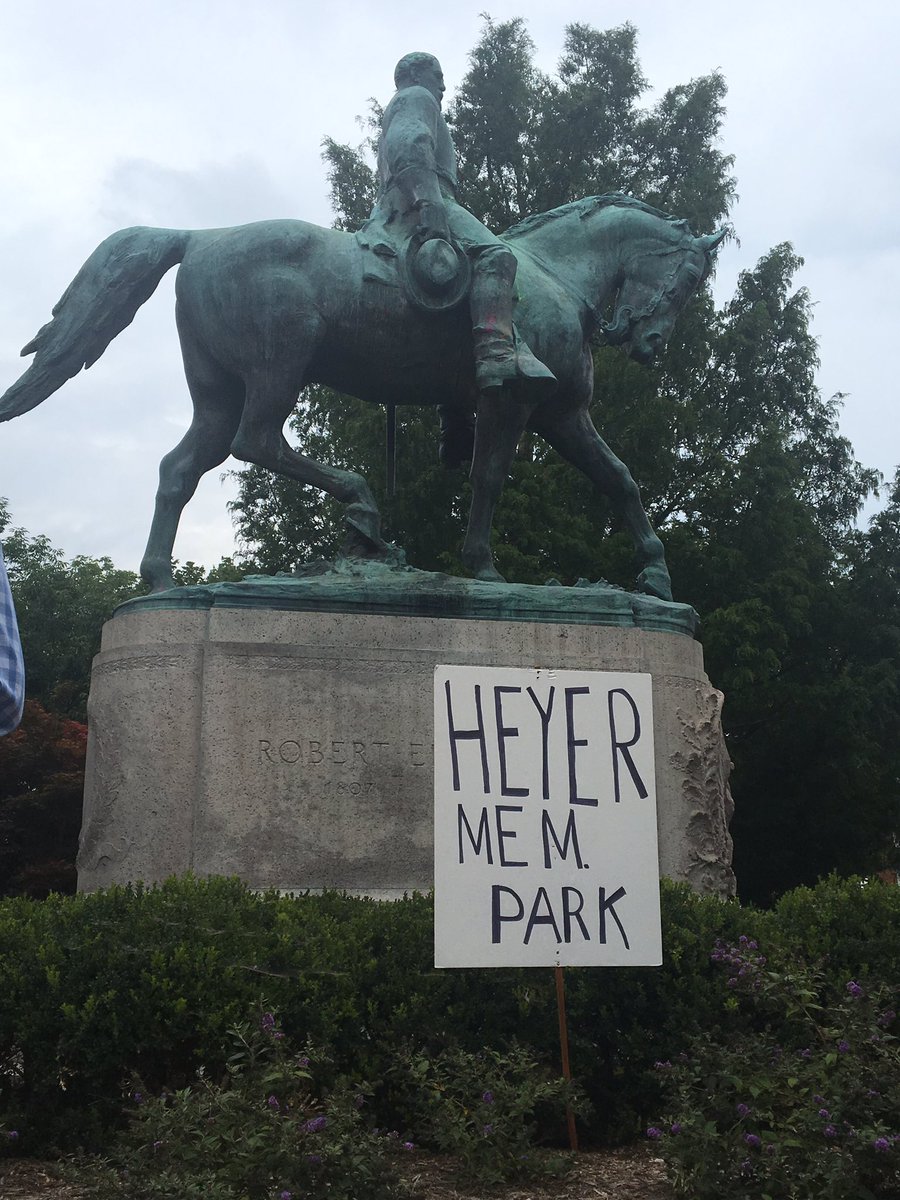 UPDATE: Someone in Charlottesville also had that idea.

Hundreds of American Nazis descended on Charlottesville, Virginia this weekend, unleashing a wave of violence that culminated in the death of a 32-year-old female counterdemonstrator whose name had not been made public as of Saturday night.

On Saturday afternoon, 20-year-old James Fields of Maumee, Ohio drove his car into a crowd of people protesting the “unite the right” gathering. Fields, who was subsequently identified as a Nazi, deliberately idled his car on a side street and repositioned his vehicle, waiting for the demonstration to approach before speeding into the crowd at 40 miles per hour. He is in custody and has been charged with murder.

Fields injured 19 other counterdemonstrators, sending bodies flying over the hood of his car before attempting to escape from the scene. Fourteen others were hurt during Saturday’s Nazi rampage.

American Nazis, the Ku Klux Klan, the pro-Trump “Proud Boys” and other fascists organized the “unite the right” demonstration to prevent the city of Charlottesville—home to the University of Virginia—from removing a statue of Robert E. Lee, the commanding general of the Confederate Army of Northern Virginia, from a park.

Early Saturday morning, dozens of militiamen armed with assault rifles, shotguns and hunting knives deployed throughout the city to “protect” the Nazi demonstrators. Dressed in camouflage uniforms resembling the US Army’s combat fatigues as well as Confederate flag insignia, the militia established control of the city’s downtown like an occupying force without being confronted by the police. Throughout the day, Nazis armed with shields, pepper spray and metal poles attacked counterdemonstrators as police looked on. Others marched with official campaign signs from Trump’s 2016 presidential run.

The night before, hundreds of Nazis took over the University of Virginia campus and held a torchlight march, chanting “one people, one nation, end immigration,” “sieg heil” and “blood and soil,” an anti-Semitic chant used by the German Nazis.

President Donald Trump waited hours to make a public statement after Saturday’s attack before stating, “We condemn in the strongest possible terms this egregious display of hatred, bigotry and violence on many sides. On many sides.”

Trump’s attempts to blame peaceful anti-fascist demonstrators as complicit in the riot was greeted with praise by the Nazi press. The Daily Stormer said: “Trump comments were good. He didn’t attack us… He implied that there was hate on both sides! So he implied the antifa [anti-fascists] are haters. He said he loves us all.”

At a press conference Saturday afternoon, Trump repeatedly refused to answer questions from the press as to whether he would denounce the Nazi violence. The Daily Stormer noted, “When asked to condemn, he just walked out of the room. Really, really good. God bless him.” Vice President Mike Pence made similar statements failing to condemn the Nazi provocation.

Trump Is Criticized for Not Calling Out White Supremacists: here.