After yesterday, our last morning in the Gambia; in Kotu.

For the last time, a walk to the “hamerkop pond” not far away.

Hamerkops themselves are not present this time, but plenty of other birds are.

A black heron is doing its umbrella trick. 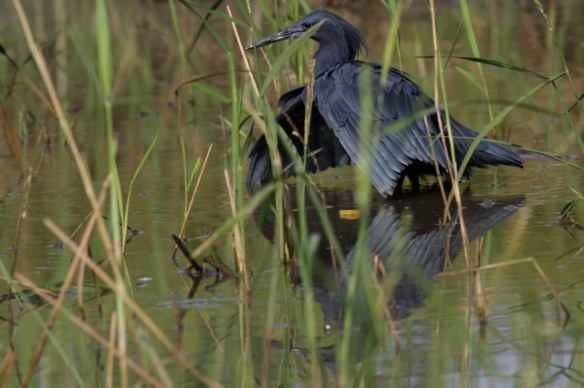 A hooded vulture on the roof of a building.

Buffalo weaver nests in a tree to the right.

A ring-necked-parakeet, flying, calling. It is here in his native Africa; unlike Europe, where it was introduced.

A sacred ibis flying past.

Another bird flying past, a cattle egret. Sadly, it shows an environmental problem in the Gambia, as a plastic bag is attached to its legs and it probably cannot walk properly this way. There is more plastic and other litter around the pond.

A red-billed hornbill sitting on a stick.

On a sandbank in the estuary, a western reef heron.

A whimbrel flying and calling.

The bus to the airport will come soon.