Birding in The Gambia, December 2015: Part Four – The South-West

This video is Part Four of five covering a two-week birding trip to The Gambia in December 2015. It covers sites around the south-west including Marakissa River Camp, Darsilami, Kartong and the Allaheim River.

We are still near Kartong Bird Observatory in the Gambia.

As we walk back from the beach, two blue-cheeked bee-eaters on a bush.

Colin Cross says that a sedge warbler from Norway has been found here.

And a Cassin’s honeybird, a first for the Gambia.

318 bird species, half the total of Gambia, have been seen near the observatory; including the brown noddy.

Armitage’s skink also lives near the observatory. This lizard is the only endemic species in the small Gambia.

There are also much bigger reptiles; crocodiles of up to four meter long are said to live in the marsh. 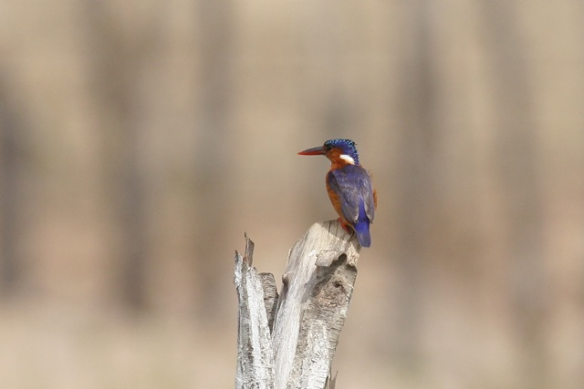 On a pole in the marsh, a malachite kingfisher.

A little grebe in the marsh.

13 thoughts on “Kingfishers and migratory birds in the Gambia”