This 2013 video is about a Caspian plover in Israel.

Now, another first time a bird species was seen in the Gambia.

Graham Gordon and I found the first Caspian Plover for THe Gambia yesterday at the dried out lagoons at Tujareng. Can anyone inform any birders in Gambia? pic.twitter.com/iMQksGIeFZ

This 5 January 2020 video is about a visit by Kenyan Dr Mumbi to a crocodile pool in the Gambia.

I was at that pool in 2012, and saw not only crocodiles, but also kingfishers.

This 2018 video says about itself:

In this report we see that the body of a herbivore is used by griffon vultures, hooded vultures, white-backed vultures, Rüppell’s vultures, lappet-faced vultures and white-headed vultures, to relieve their hunger in the Occipitalis Station (Gambia).

I saw a big group of vultures of various species eating a dead herbivorous mammal in the Gambia as well. In my case, it was a donkey. In the video, it is a goat.

This is a great white pelican video.

I saw these birds in the Gambia.

This is a common sandpiper video.

I have seen these fine birds in, eg, the Gambia.

This is a western swamphen video.

I was privileged to see these beautiful birds in the Gambia.

This video, recorded in Gambia, says about itself:

Hooded Vulture is listed as Critically Endangered by the IUCN red list. It is the only member of the genus Necrosyrtes and is native to sub-Saharan Africa. It is a scruffy-looking, small vulture with dark brown plumage, a long thin bill, bare crown, face and fore-neck, and a downy nape and hind-neck. It typically scavenges on carcasses. Although this is a common species, numbers of these birds are decreasing rapidly.

The video shows a cattle egret as well.

I was privileged to see both species while in Gambia.

This is a slender-billed gull video. They nest in southern Europe and Asia. They winter in, eg, the Gambia, where I saw them. 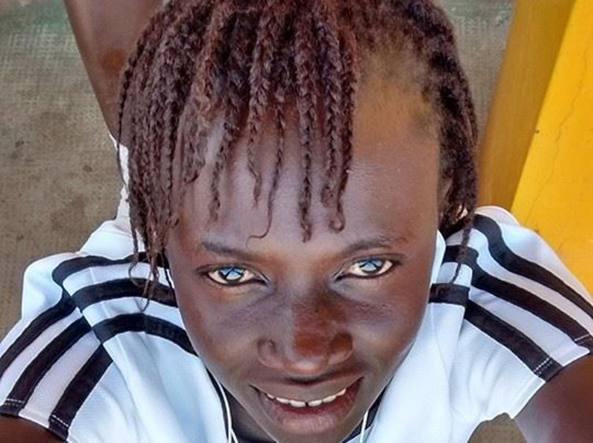 Good news now from a country bordering on Senegal.

In Gambia female genital mutilation has been banned. President Jammeh said in a speech that it is banned with immediate effect.

Opponents of female circumcision are reluctant because the ban has not yet been legally defined. “President Jammeh’s statement sends a strong signal to the world, but a law is a stronger signal,” said anti-FGM activist Jaha Dukureh. “A law can save countless lives in Gambia.”

Dukureh has long campaigned for this ban in Gambia. …

Earlier this year, Nigeria also introduced a ban. In countries such as Sierra Leone, Liberia and Mali it is still allowed.