This Radio Free Europe/Radio Liberty video says about itself:

Crowds gathered in Brussels to protest against U.S. President Donald Trump, as he arrived to attend meetings with NATO and European Union leaders. Last year Trump referred to the city as a “hellhole,” citing a lack of “assimilation” by Muslims living there.

Before I continue with my blog posts on the big 24 March 2017 demonstration in Brussels, Belgium against Donald Trump and NATO militarism, first now to a day later, 25 May.

Pacifist protests in Brussels because of NATO summit

Hundreds of protesters blocked a crossroads in Brussels near the NATO headquarters. With a human chain, they demonstrated against NATO, which has a summit today, with US American President Trump also present.

The Flemish broadcaster VRT reports that all protesters who blocked the road were detained and led away by police.

The protesters of the pacifist movement Agir pour la paix had been near the NATO building since the beginning of the afternoon. According to a spokesperson, NATO is an “unnecessary war machine”.

The movement also demonstrated against the storage of nuclear weapons on Belgian territory.

This morning, Greenpeace activists raised a banner on a construction crane opposite the US embassy, ​​where Trump spent the night.

On the banner was ‘#Resist’. 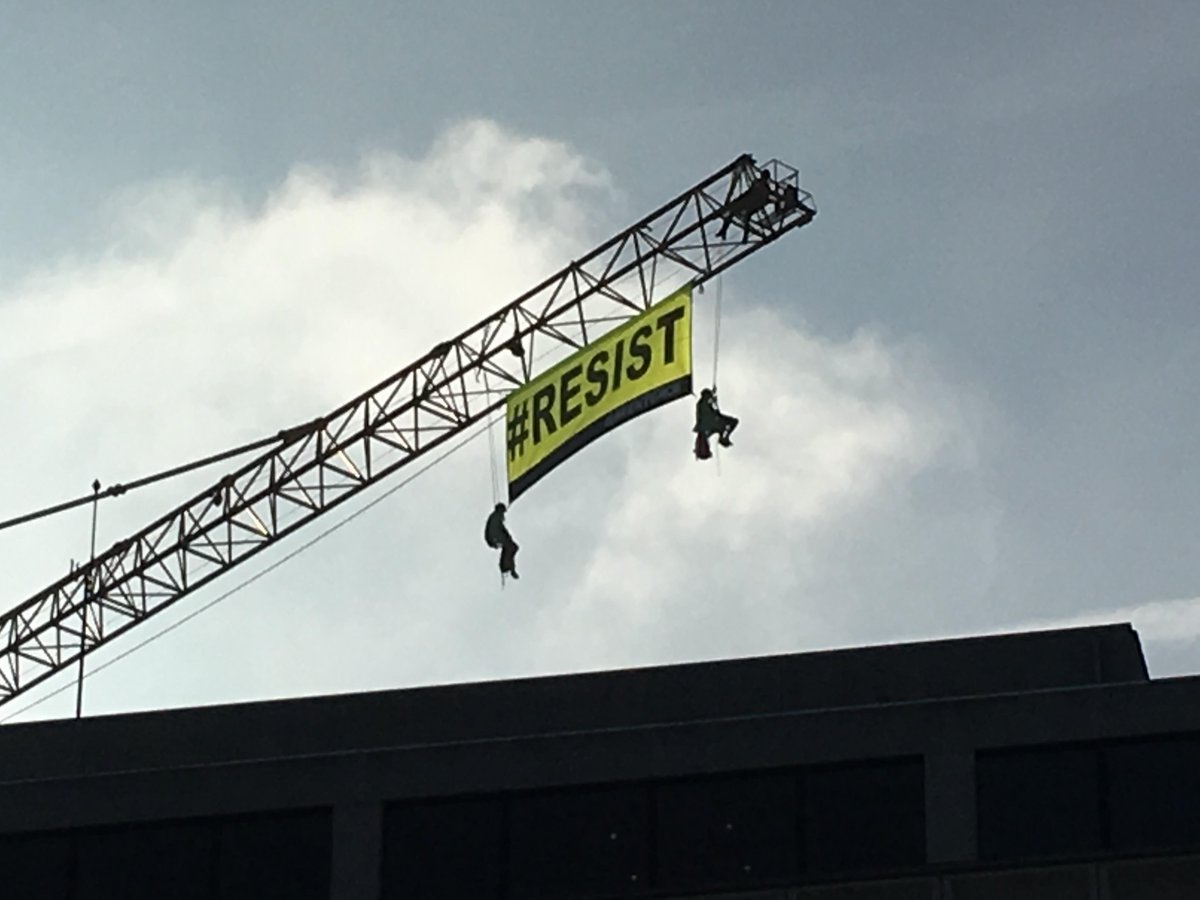 Trump … believes that the European member states [oF NATO] must increase their financial contribution to NATO significantly.