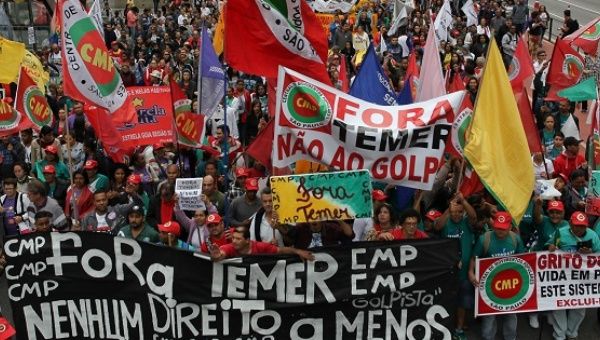 The latest allegations follow the possible implication of 175 deputies and senators, a staggering 30 percent, of Brazil’s entire National Congress.

The report cited allegations by the executive in efforts to secure a plea bargain with federal authorities.

In his proposed plea bargain, Antunes alleges that Joao Batista Lima, owner of the Sao Paulo-based architecture firm Argeplan and a close friend of Temer, had received work contracts in exchange for granting bribes to the current Brazilian head-of-state.

Lima, a former military police colonel, has being the “key person involved in the dirty work” between…