This video is called Water Rail – Rallus aquaticus.
.
On 4 October, there was Euro Birdwatch 2014.

After our arrival on Texel on 3 October, on 4 October we went to the south of the island, near the Waterral (Water rail) hide, near the western Horsmeer lake. The Waterral was opened officially on 4 October; as well as the Texel migratory bird counting of Euro Birdwatch happening there.

As a third event that day at the Waterral, two Texel brothers got special prizes, ‘Golden Spoonbills’ from BirdLife in the Netherlands, for their work for birds on Texel.

Before arriving there, avocets in Wagejot nature reserve on the east coast.

Not far from Den Hoorn village, this field of flowers. It attracted a red admiral butterfly, but it was too fast for photographing. In the background, a farm with a ‘stolp’ pyramid-like roof; typical for Texel.

A bit further, another field. No flowers, but plenty of birds. Like this lonely golden plover in winter plumage, here on a photo with two individuals of scores of northern lapwings. 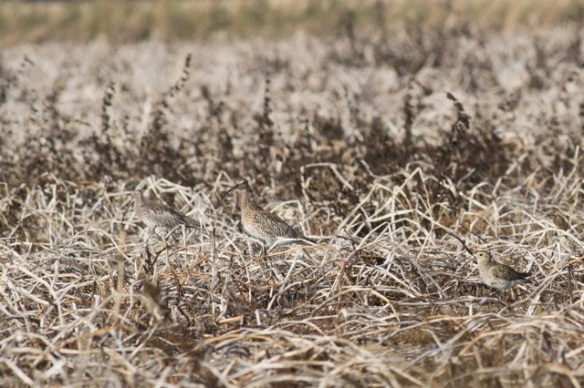 To the left of the golden plover were also scores of curlews.

Behind the curlew on this photo is a typically Texel sheep shed.

We arrived at the Petten nature reserve. A redshank on an islet. A goldfinch near a fence.

As we walked to the Waterral bird observatory, we heard a real water rail call. Unfortunately, as often with this skulking species, we did not see it.

After our arrival, a great egret in the western Horsmeer lake.

We met Euro Birdwatch counter Vincent Stork. He said that then, at 12:20, already 77 bird species had been counted there. Including rare species like yellow-browed warbler, kingfisher, two goshawks. Also many individuals of more common species, like blackcaps, wrens, chiffchaffs, and robins. 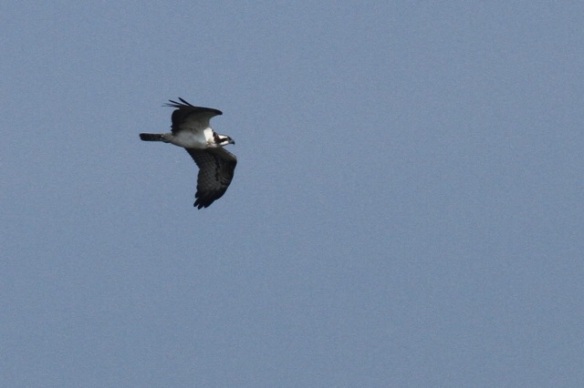 Look! A special bird! An osprey, on its way to Africa, flies over the western lake.

It catches a fish in the eastern lake.

Then, sound of a much rarer bird: a yellow-browed warbler!

Unfortunately, we did not see it, so here comes a yellow-browed warbler video from Portugal.

We walk to the sea. European searocket flowering on the border between sand dunes and beach.

Then, a group of songbirds of various species in a bush. Like this long-tailed tit.

There was a chiffchaff too. 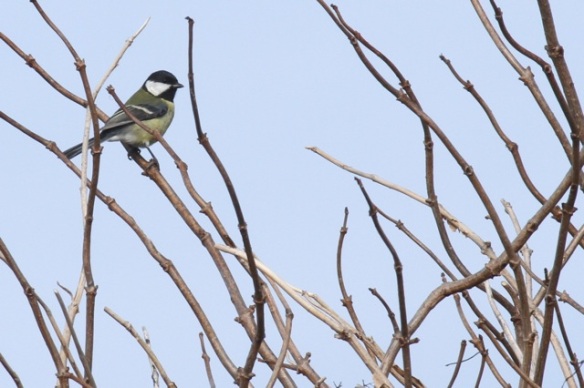 And a great tit.

In the eastern Horsmeertje lake, a little grebe.

We continued to the Mokbaai. Many shelducks, shoveler ducks. 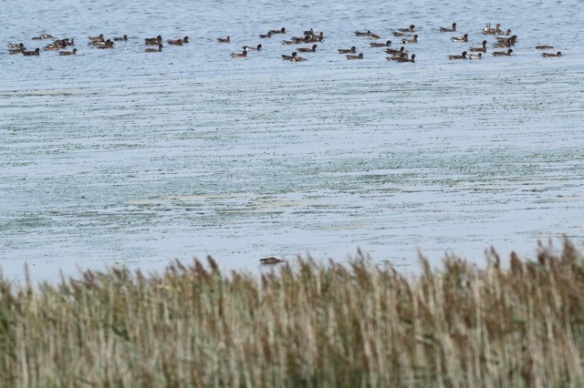 A peregrine falcon sits on a pole in the water. Later, it flies away.