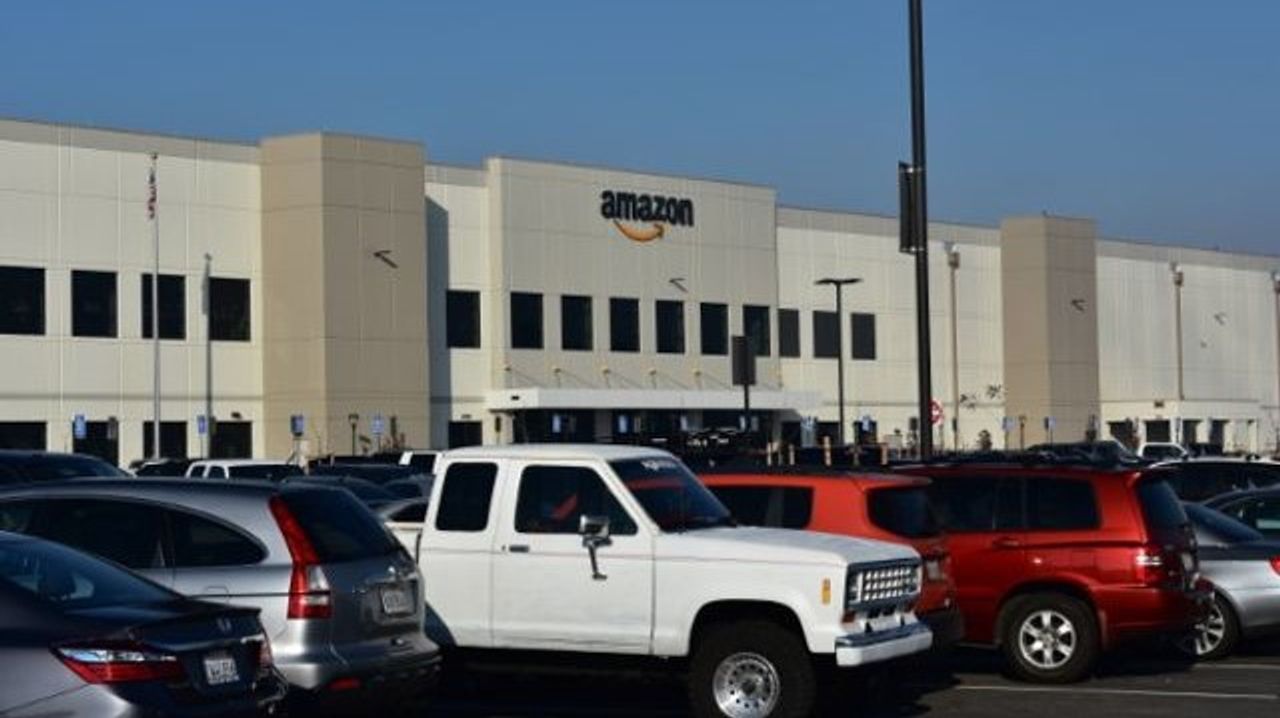 By Kayla Costa in the USA:

Amazon workers in California win job back for fired co-workers

On Friday, management at an Amazon delivery center in Sacramento, California, publicly reinstated the job of an unfairly fired warehouse worker with back pay, as the result of the efforts of a newly formed work place group calling itself Amazonians United, Sacramento (AUS), composed of dozens of workers at the facility.

Sandra, the fired worker, was let go for surpassing management-approved unpaid time off (PTO) by one hour after dealing with the death of her mother-in-law. As a part-time worker, she is not granted any paid time off. Part-timers at Amazon receive only 20 hours of unpaid time off per quarter in addition to accrued sick leave, maternity leave, and bereavement leave as required by local laws.

According to AUS, Sandra spent weeks appealing to management to overturn their decision based on her family situation. But they stuck by the corporation’s zero-tolerance policy for extra time off.

On Monday, September 30, her coworkers submitted a petition to management with 78 signatures demanding the immediate rehiring of their co-worker with back pay, as well as PTO for all part-time employees. The campaign was coordinated by AUS, which had been officially established just one day earlier on September 29.

“While Amazon is a trillion dollar company run by the richest man in the world, permanent part-time employees working 8 hour shifts are only allowed 10 days off a year for any reason,” the workers asserted in their letter to management. “This means that every day we use [unpaid time off] for family emergencies, sickness, or vacation, we are one step closer to termination.”

Within 24 hours, the warehouse workers received verbal confirmation that Sandra would be rehired with back pay. “Sandra’s rehiring shows without a doubt that Amazon workers have power when we work together and stand up for our dignity and rights at work,” AUS said in a statement on its Facebook page.

Another worker at the hub who had recently been fired for a similarly unjust cause surrounding unpaid time off was also subsequently rehired.

Amazon officials have yet to comment on the broader demand for PTO for part-time employees and the Sacramento group has declared their intent to continue with their campaign on these two issues.

The inspiring efforts by the Sacramento workers are an indication of the solidarity and determination to fight within the working class that is beginning to re-emerge after decades of suppression by … the Democrats and Republicans, the two parties of Wall Street. Even as they toil under the tyranny of one of the biggest corporate giants in the world, these warehouse workers are turning in the direction of the way forward to defend social and democratic rights.

As the level of international strike activity in 2019 rises far higher than any point in the past three decades, organizing campaigns are popping up at Amazon centers across the United States. Some of these campaigns are apparently spontaneous, as workers collectively form small groups to combat specific issues they face at their facilities. These groups include Amazonians United Sacramento, DCH1 Amazonians United (Chicago, IL), and IE Amazonians Unite (Inland Empire, California) which have been utilizing social media to publicize their initiatives and report developments.

The Awood Center in Minnesota … receives heavy financial and programmatic backing from the Service Employees International Union (SEIU)… . More than one hundred warehouse workers are part of Awood-organized groups at two major facilities in the state. In the past one-and-a-half years, this group of mostly Muslim Somali-American workers have staged multiple walkouts—including on Prime Day. …

The financial investors and corporate executives are hostile to Amazon workers uniting in such a way that they will be able to effectively fight for job security, higher pay, full benefits and an end to the tyrannical system modeled by Amazon for “flexible” and disposable labor. An internationally unified workers movement would challenge the entire basis of the capitalist system of private profit.

A genuine fight requires the building of rank-and-file workplace committees in every fulfillment center and office, with workers electing their own representatives with their own lists of demands. …

Dedicated to opening lines of communication to broad sections of the international working class at Amazon and elsewhere, rank-and-file committees will allow workers to share common experiences and debate the political strategy to secure their demands.

Workers must be clear that the fight against Amazon is not just a fight against one CEO or company, but the fight against an entire economic system, capitalism—the source of hyper-exploitation, poverty, and unprecedented social inequality. The working class can secure its basic rights to jobs, housing, health care and food only by expropriating Amazon and all banks and corporations, establishing a socialist society based on human need, not private profit.