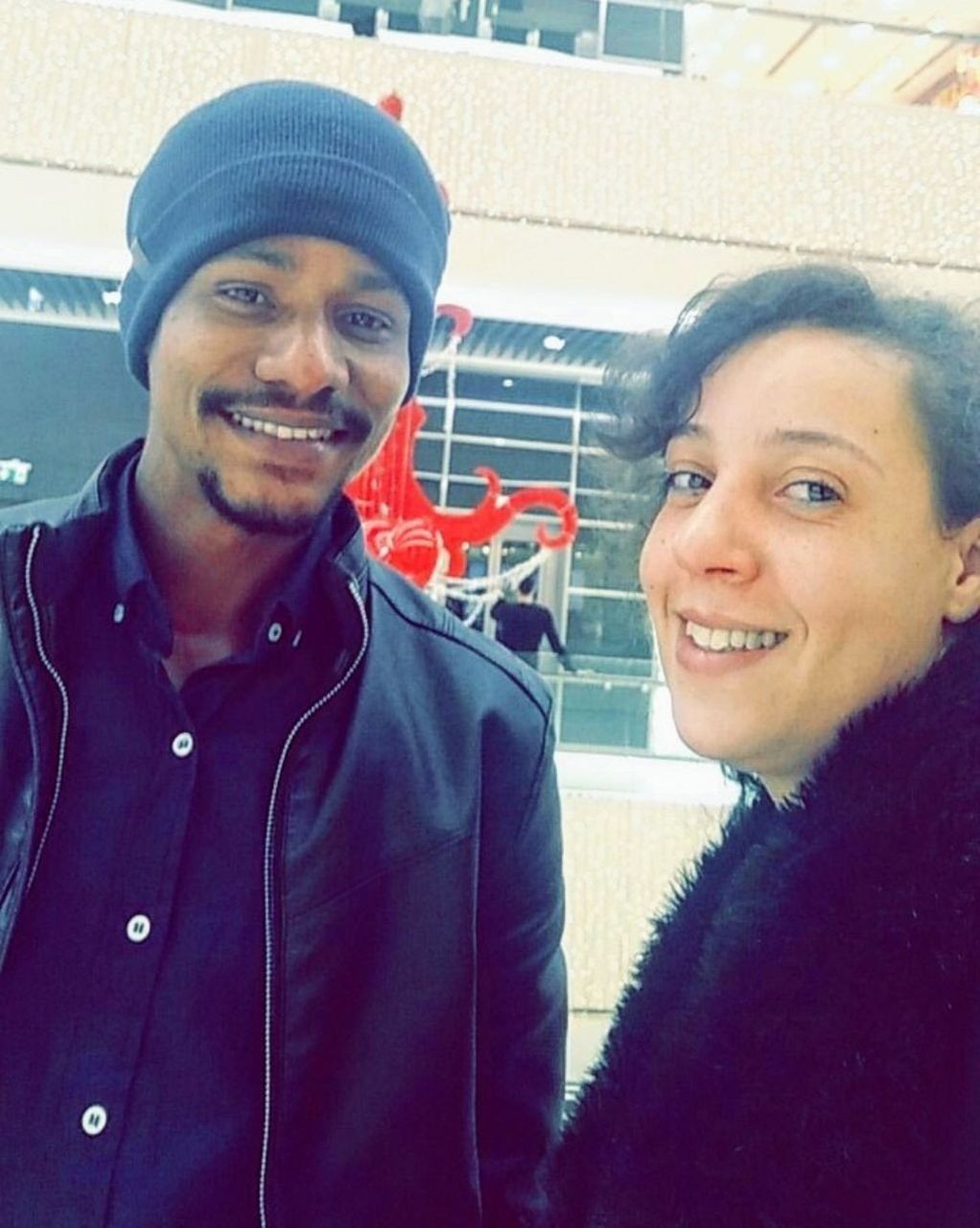 “Amazon is a murderer and has to be stopped”

Ismaila contacted the WSWS recently after he read about the experience of injured homeless Amazon worker Shannon Allen in Texas. In the past year, he says, the life of his family has been torn apart by Amazon. His wife, herself a former Amazon employee, suffered a miscarriage last August due to workplace stress from excessive quotas and management pressure, an event that has left them both suffering depression. They have been bankrupted and were forced in January to flee Morocco to escape crushing debts. Since January, they have been living in Istanbul, Turkey.

We have to make sure that what happened to me doesn’t continue to others,” Ismaila said, explaining that this was why he wanted to share his story. “Amazon killed my child. It must be stopped.”

Amazon bases its French-language customer service centers in Africa and the Maghreb in order to exploit cheap labor conditions and local tax concessions. It maintains call centers in Rabat, as well as Tunis, the Tunisian capital, and Dakar, the capital of Senegal, and in Madagascar. The wage for a starting customer service employee at RBA1, which employs around 600 people, is approximately €500 a month, or roughly 40 percent of France’s minimum wage.

Ismaila was born in Senegal and moved to Morocco in 2012. He speaks French and English fluently. When he started working at Amazon in 2015, at the age of 28, he said he was excited by the prospect of working for the largest e-commerce company in the world and believed he could secure a stable career. He was so committed to his job that he won an Amazon employee prize based on customer feedback. After a year, he was transferred to a more specialized division and received a small pay rise.

“The more I got into the job, however, I realized how much there is management harassment and no respect or care for the employees,” he said.

In the workrooms where employees take calls at RAB1, a whiteboard lists the daily quotas for responding to customer queries, including speaking with five customers per hour. “But in practice they are pushing the employees to go up to 100 per day because there are not enough staff,” Ismaila said. The managers do not know how to train or assist the staff, but instead harass workers about their targets. “Your customer satisfaction is down. The number of emails is too low.”

The staff spend eight to 10 hours on the phone and have a water bottle next to them—but are not allowed to go to the bathroom. “If you want to go to the toilet you have to write a message to a ‘Real Time Analyst’, who will come to your desk, and often say they won’t respond to the request.” There is a single one-hour break, but the break area is too small for the employees, so they sit outside in the cold or in the summer heat. “It was just exploitation,” Ismaila said. “Pure exploitation.”

Eventually, last year Ismaila decided to lodge a complaint. “I told HR that the employees are suffering,” he said. “That’s when my problems began. The managers did everything to make work a nightmare for me and my wife.”

It was shortly after, in June, that Ismaila’s wife, Khoukoud, became aware of her pregnancy. Although Amazon’s human resources department and the company nurse were informed of the pregnancy, they provided no medical support or reduction in work requirements. “They continued asking her to do more, to reply to more emails than before,” Ismaila explained. “She was not eating correctly and had low energy.” His wife told the manager that she had always exceeded Amazon’s quota, but now that she is pregnant, she could not continue to do more than what is required of her.

“The manager did not listen. Every day he put pressure on her. He took her into a separate room to inquire about her results. Once it was to inform her that on a 15-minute break, she had taken 16 minutes.”

In August, Khoukoud’s pregnancy became complicated. “We had the right to be recommended to a clinic, to have a doctor see the wife, check the baby, and get the medicine she needed.” If Amazon’s medical team had recommended a hospital visit, the health insurance would have covered the fees up front. “She got no leave from work. They left us totally on our own. They put pressure on her. It was retaliation against anyone who protests. They don’t want you to talk, just to do what they say.”

That month the pregnancy underwent further complications. “Finally, the baby died inside her due to the stress she was under.”

Khoukoud received 30 days leave from Amazon only after the surgery following her miscarriage. She received no money, and the insurance company would not pay back the expensive medical fees for repeated visits until three months later. Over the same period, however, Ismaila had an injury of his own on August 21, and was unable to work.

“I had had an allergic burn reaction to a skin treatment. We were completely collapsed. We were stressed and at home. A doctor from the company came to our door from Amazon—not to check on us, but to try to catch me and make sure I was really sick enough to be at home.”

Not only did they not receive any sick pay, but for the period from August 1-21 that Ismaila did work, he received none of the wages he was owed. The day his co-workers received their paycheck at the end of the month, Ismaila drove to Amazon to ask why he had received nothing. “I was told that if an employee misses 10 days a month, they receive no salary or benefit at all. I said, ‘What is that law?’ It is slavery. I had never heard anything about it before. I posted this on Twitter—an empty payroll. It even said I owed Amazon money.”

“But since there is no law in Morocco, that’s why Amazon goes to invest there,” he said. “That’s why they’re there, in Tunis, in Senegal. They want to exploit more people, use more people, and kill more.”

Last September, management fired Ismaila, claiming he had failed to meet his quotas. In November and December, the situation for the family became more desperate, with rising medical fees and increasing days lost from work without pay. He appealed unsuccessfully against his firing to Amazon’s ethics board and to the Moroccan state’s work inspection board.

“They’re actually together,” he said. “When I went to the government work inspection, there was an Amazon representative in the office as I arrived.”

In January, they decided they had no choice but to leave Morocco and move to Istanbul. “We had a loan with the bank for our car, and my wife had another loan. We had nowhere left to stay. We were bankrupt. We would have gone to jail because we had no way to pay anything. If we return we will be arrested at the airport because we cannot pay our mortgage. Amazon has made a fugitive of me in Morocco.”

“Amazon is a murderer,” he concluded. “It is a danger to the people. It must be stopped. They are killing people’s babies. They are making people mentally ill. They are making us homeless. Then they kick them out after exploiting them for years.”

“Jeff Bezos gets $30,000 in 10 seconds. An employee cannot get that even in one year. We are told about Amazon’s progress. But it is not robots or Jeff Bezos doing that. It’s humans—workers. It’s not Jeff Bezos answering the phone, responding to customers, selecting packages. The employees go through all this while he gets richer and richer. Jeff Bezos is a murderer standing on the bones of children.”

“The reason there are billionaires is because they’re getting the part of what is made by a big number of people. These people are monsters. That’s why they’re billionaires.”

He said that he hoped that sharing his story with the World Socialist Web Site would help to expose Amazon’s practices and contribute to organizing a fight back by workers around the world.

“We need an international organization,” he said, commenting on the call by the WSWS for the formation of independent rank-and-file workplace committees to unify the struggles of Amazon workers internationally and link up with other sections of the working class.

“It would be very important for the employees to have something totally independent that will represent the employees internationally. And not only at Amazon, but at a lot of companies. The labor of the people is international and we face the same thing everywhere.”