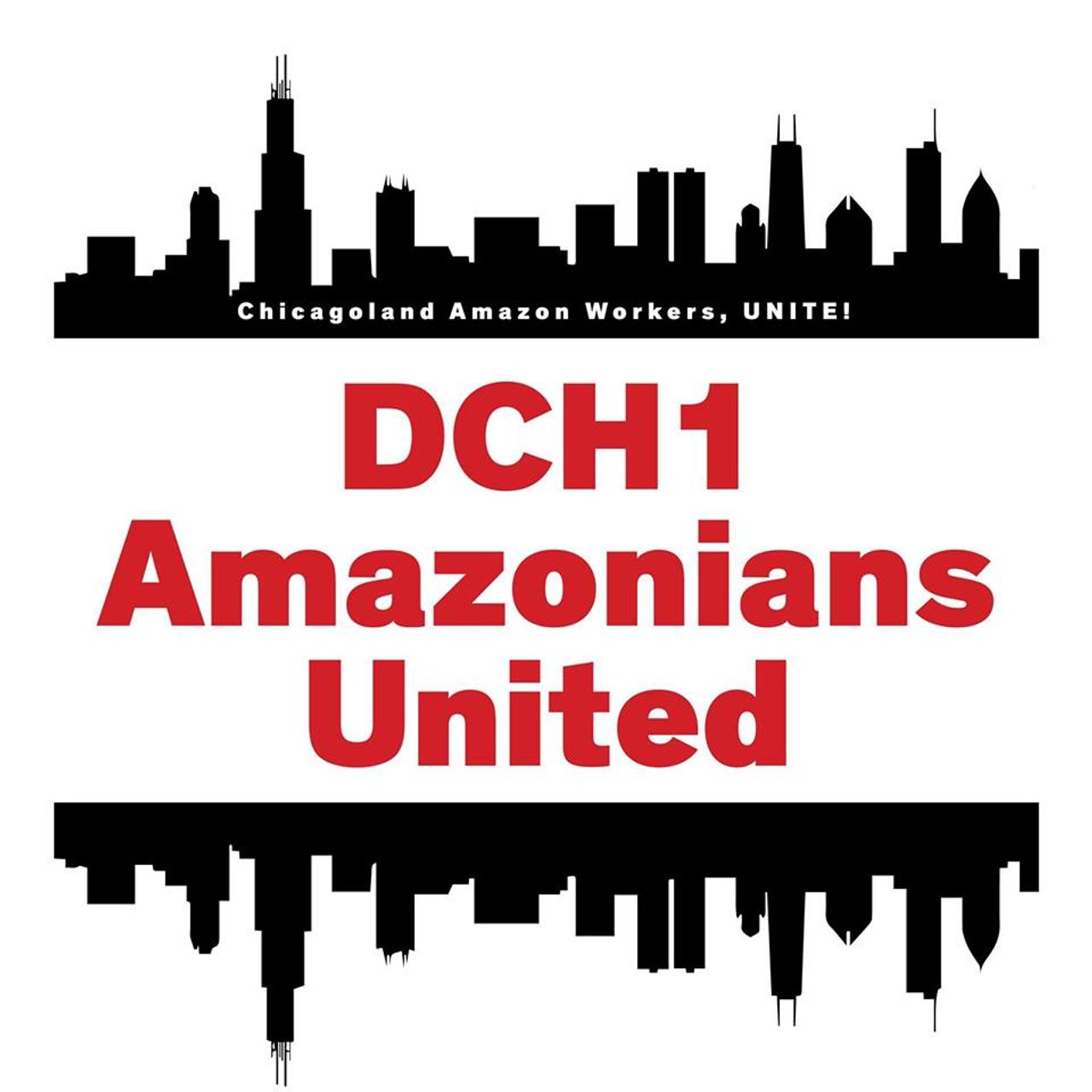 By George Gallanis in the USA:

At 2:30 a.m. on Tuesday, July 16, the footsteps of 30 Amazon workers were heard walking to the manager’s office of a lower-west-side Chicago Amazon delivery facility, known as DCH1. The workers were part of the night shift that completes the exhausting last and often brutal steps of many before Amazon packages are delivered.

DCH1 Amazon workers were inspired by the multiple Amazon protests taking place around the world. Thousands of workers in the United States and internationally, including the UK, Germany, Poland and Spain, held demonstrations and strikes on Prime Day, Amazon’s annual sales event, which took place this year from July 15 to 16. These protests, reflecting growing universal anger, no doubt played a leading role in the initiative for DCH1 workers to confront management.

Amazon workers across the world face health and safety violations, speedups, increased quotas, harassment and injuries. In 2018, the National Council for Occupational Safety and Health placed Amazon on its “dirty dozen” list of employers having unsafe workplaces. Since 2013, seven workers have been killed at Amazon warehouses in the United States.

Conditions at DCH1 are no different. Just last month, a small fire broke out in the facility, but management kept workers at their stations as it burned. Fortunately, no one was hurt. Moreover, inside the un-airconditioned plant, temperatures often reach scorching numbers. At the time of the Prime Day crush, a sweltering heat wave had settled in over Chicago.

DCH1 workers arrived at management’s office demanding the following: an increased pay of $18 an hour, up from the average $15, during all hours of Amazon’s Prime Day and the preparatory days preceding it. In the run-up to Prime Day, workers at DCH1 management asked workers to come in one hour before their shift, and in return they received $18 only for that hour.

During the days before Prime Day, known as “blackout periods”, workers cannot request scheduled time off, and their workload hastily increases and compounds in an effort to prepare for the sales event.

The last two demands are full health care and air conditioning in the DCH1 facility.

Workers receive paltry vision and dental benefits while the un-airconditioned DCH1 facility turns into an oven during the summer months, causing workers to pass out from heat exhaustion. In response to the heat, management passes out popsicles.

In May, DCH1 workers delivered a petition to management asking that water stations be installed in the facility. Soon after, a manager brought water bottles and then water stations were installed.

According to the Facebook group, DCH1 Amazonians United, when workers reached the warehouse manager’s office early Tuesday morning and relayed their demands, the warehouse manager stated he would meet with the group the next morning to discuss their demands. When the time came the next morning, the manager had left the facility and sent notice that he would instead meet with workers individually.

Commenting on the petition, Nye G. said, “This is very inhumane. With Amazon being a billion-dollar company, the workers should be first priority. Also, health care should be provided as well. I am really lost for words.”

“Forcing employees to work with no a/c is inhumane. Even animal shelters have a/c for goodness sake. …,” said Kimberly H. Justice W. remarked, “Labor rights are human rights.” Susan W. noted, “The SPCA won’t allow animals to be kept in a place that’s unbearably hot, so why should employees be treated worse than animals? Time to change things!” David S. declared, “All workers should have medical insurance and a fair wage.” Another commenter, Linda P., said “Always want to help a fellow toiler. We’re all in this together wherever conditions are abysmal.” While Erin S. remarked, “An injury to one is an injury to all.”

The actions taken by DCH1 Amazon workers reflect the growing militancy and radicalization of the international working class and follows the wake of teacher strike waves in the United States, strikes and protests by workers in Europe, Iran and Asia, and just this week, massive protests and a general strike consisting of hundreds of thousands of workers in Puerto Rico. These strikes and protests are interconnected, flowing from decades of massive austerity measures by capitalist governments across the world against the working class.

There is growing sentiment among Amazon workers in the US and internationally for an organization that can take on the giant transnational corporation and billionaire CEO Jeff Bezos.

The Taiwanese company Foxconn uses children from 16 to 18 years old in its Chinese factories to produce products for the American tech giant Amazon. The children work too many hours and also have to do night shifts. On the contrary, Chinese law stipulates that school children are not allowed to work night shifts or overtime: here.

The initial results for Seattle’s city council primary elections will greatly sharpen the class divisions in Seattle. Led by Amazon, big business in Seattle is waging a ferocious campaign to defeat every candidate who isn’t firmly aligned with them. Through a record-breaking infusion of corporate PAC money, business-backed candidates made it through the primary in all seven of the council districts, set to face off against more progressive candidates in the November general election: here.

11 thoughts on “Chicago Amazon workers fight for their rights”