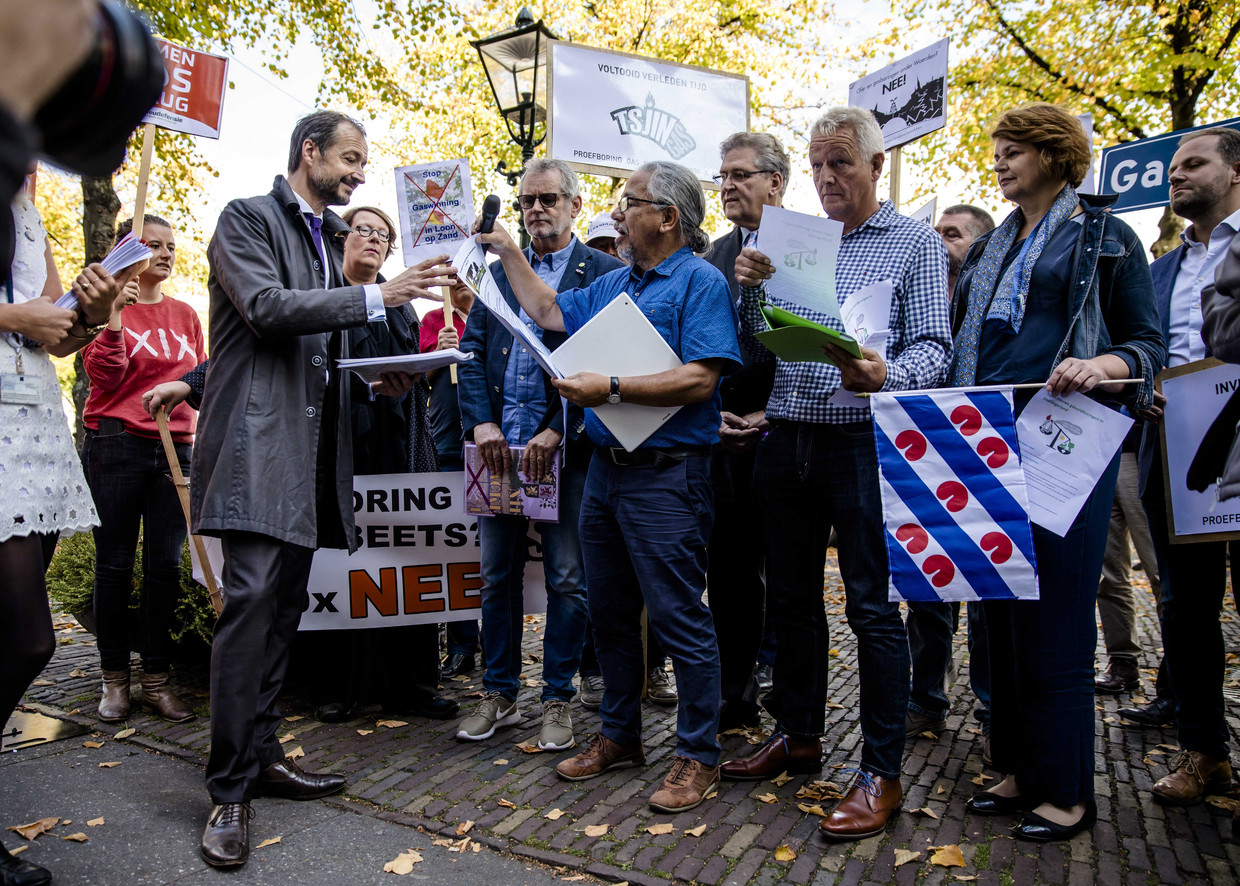 This ANP photo shows people from Friesland province in the Netherlands demonstrating in the Hague against gas extraction by Vermilion corporation, with a Frisian flag and arguing against Minister Wiebes of of Economic Affairs and Climate, member of the right-wing VVD party.

The Ministry of Economic Affairs and Climate

went to the Council of State to challenge the zoning plan. This is unique: never before has the government dragged a municipality before the highest administrative court in connection with gas extraction.

Several small gas fields can be found in the Smallingerland municipality (56,000 inhabitants). That gas is already being extracted in a number of places, but now that the gas extraction in Groningen is being diminished,

such small fields are getting more and more into the spotlight.

The local council is afraid of subsidence

and therefore does not want to give permission for preparatory research for the drilling of new wells. In addition, the municipality believes that more gas extraction is not necessary.

“We want to make the transition to sustainable energy. We need gas for that for the time being, but that is being produced sufficiently in the Netherlands. I cannot explain to my residents that we need to get rid of the gas, but that at the same time there is drilling for extra gas at new locations”, says GroenLinks party alderman Piet de Ruiter.

The multinational gas corporation which the national government helps against the Smallingerland people is Vermilion from Canada. Also in the Dutch Utrecht province and in North Brabant province there are protests against them.

Smallingerland’s provisional zoning plan was available to the public for six weeks last year. Everyone, including the national government, could have objected then, but that did not happen.

When it comes to groundwater quality, fracking receives much of the public attention but misses most of the picture, according to hydrogeologists Jennifer McIntosh from the University of Arizona and Grant Ferguson from the University of Saskatchewan (USask). “There’s a critical need for long-term — years to decades — monitoring for potential contamination of drinking water resources not only from fracking, but also from conventional oil and gas production,” McIntosh said: here.