This 29 March 2019 video is about the Fridays for Future demonstration in Berlin, Germany.

By Iason Stolpe in Germany:

Tens of thousands of school pupils, parents and students took to the streets of Berlin last Friday, under the slogan “Fridays for future”, to demonstrate against climate change. The protests began last August and have since mobilised increasing numbers of young people. On March 29 around 25,000 demonstrated in Berlin alone. The main speaker in Berlin was the initiator of the protests, Greta Thunberg from Sweden.

The mood at the demonstration was political and militant. Many participants had brought homemade anti-capitalist banners. “The problem is capitalism”, one read. “System change, not climate change” stated another.

“The issue of climate protection is very topical today, because it’s about more than just the emission of pollutants. The situation has now progressed to the point where people who are not really radical are taking to the streets demanding radical solutions”, Anke said. 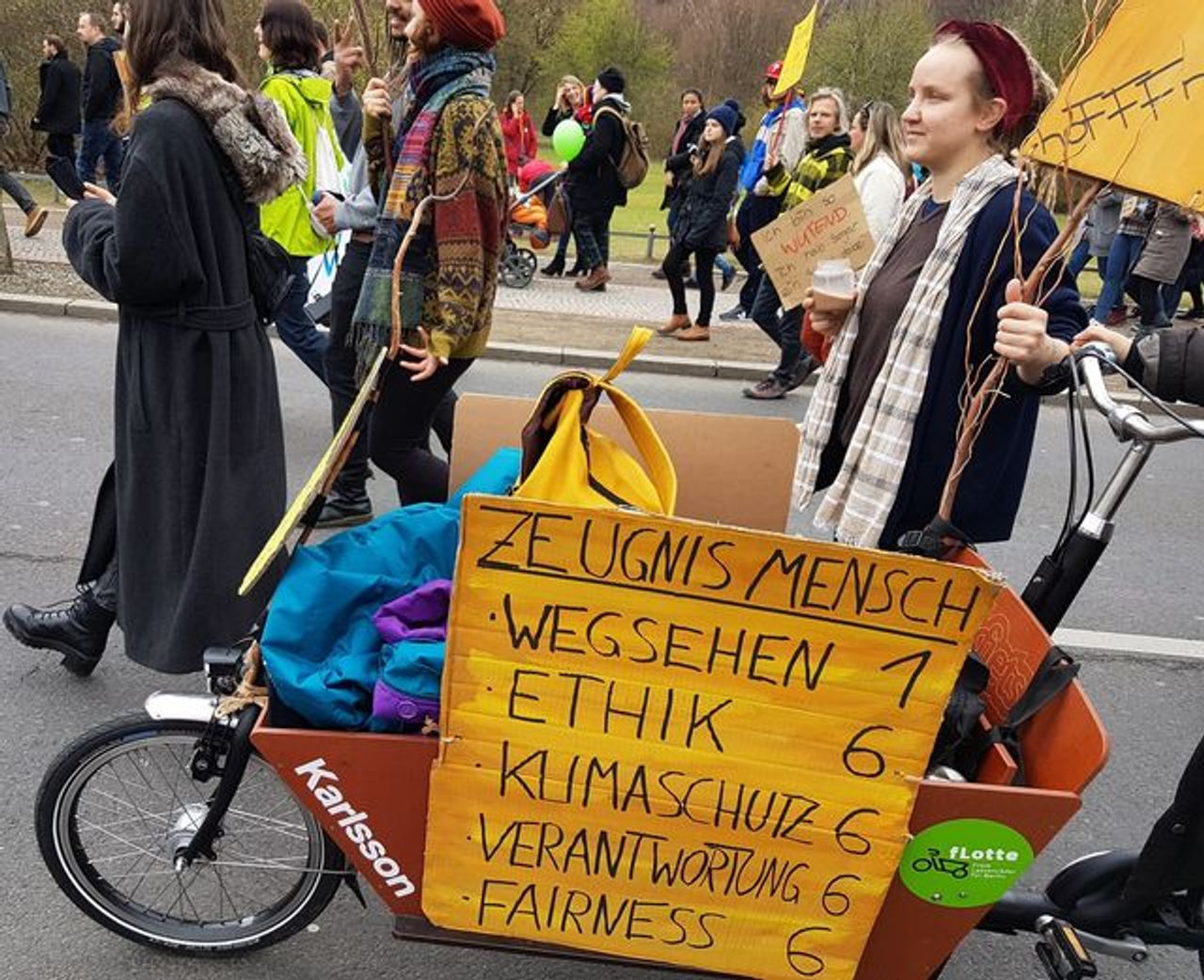 Anke was convinced that the current radicalisation would intensify as more people protest in opposition to the right wing and far right and the growth of militarism: “Just take a look at the US. What is lacking is education and enlightenment, but nobody is doing that. If you explain questions to people and motivate them, then they will become much more radical.” 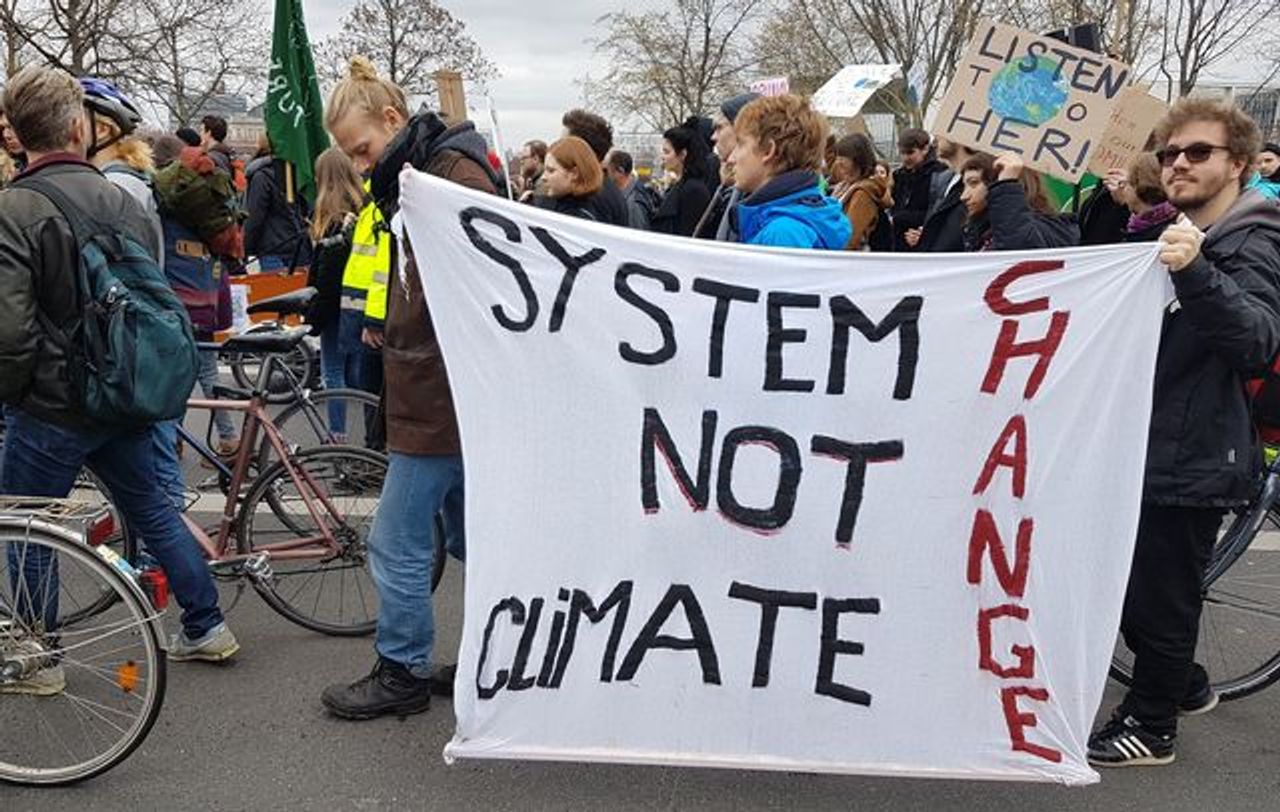 Like many other demo participants, Anke had no confidence in the established parties or the big business elites. “We cannot wait until political and business leaders agree on any compromise. The broad masses have to come up with a solution, in opposition to the current policy.”

Manuel travelled with friends from the West German state of Schleswig-Holstein to participate in the demonstration. “I am standing here today to ensure that the climate goals are finally met”, he said. “There are big concerns everywhere, which receive lots of money from the state and then go onto produce extreme levels of CO2.” 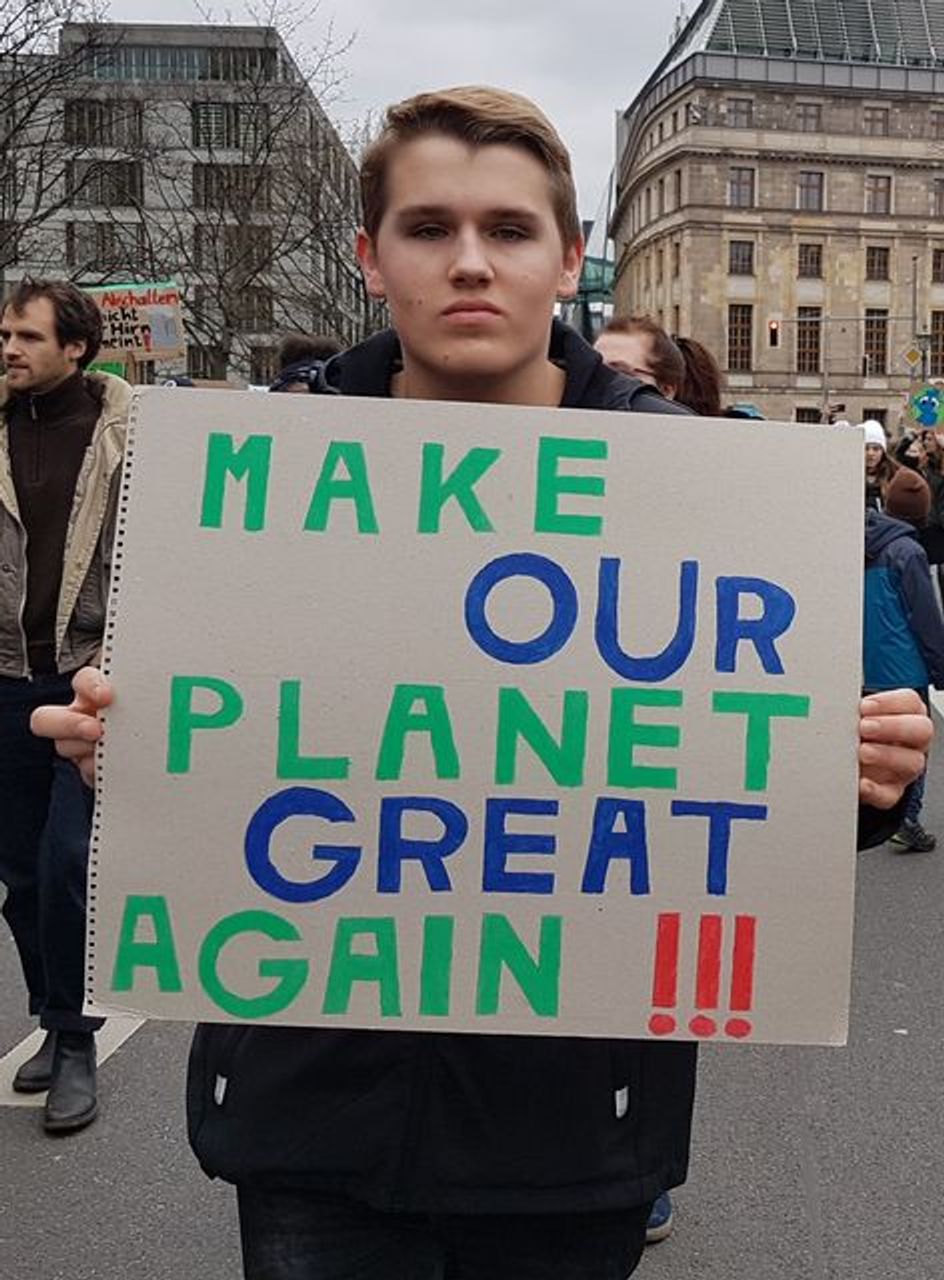 To implement these goals, however, it is important to work together internationally and not against one another, he added.

Another demonstrator commented, “We can all connect to the internet today. This protest was also organised over the internet. Unlike in the past, we are no longer restricted to one city, but can organise across Europe as we are doing today.”

Kim and Lian also saw international cooperation as a prerequisite for a successful climate policy. The major powers invested billions in military and trade war, while companies were adopting anti-climate policies, e.g. in the US, they said.

“We all have to work together internationally, no matter where we come from, irrespective of skin color, religion or origin. This is the only way to oppose trade wars.”

This was view was echoed by two pupils passing by with a poster saying, “Tomorrow was yesterday”. They had made the banner to criticise current policies and politicians, they explained. “We deliberately left the wording open to provide food for thought for those who are not only concerned about the climate, but also about a policy to secure peace or social equality.”