This 6 October 2018 music video from Bochum in Germany shows local musicians at a big Seebrücke Bochum demonstration against governmental anti-refugee xenophobia and other racism.

In Berlin and other German cities, including Nuremberg and Cologne, more than 5,000 people protested on Saturday against Interior Minister Horst Seehofer’s plans to further deprive refugees of their rights, treat them like criminals and criminalize their supporters. At the same time, they demanded the resumption of maritime rescues.

The demonstration had been called by the pan-European initiative “Seebrücke” (“Sea bridge”). Its petition against Seehofer’s bill “No ‘Orderly Return Law’ but Seehofer’s resignation!” has already received more than 15,000 signatures.

The demonstrators made their protest against these right-wing politics clear with self-made posters. “Stop deportations”, “Deport Seehofer”, “Life-saving is not a crime, but failing to is!” and “Refugees Welcome” were some of the slogans. 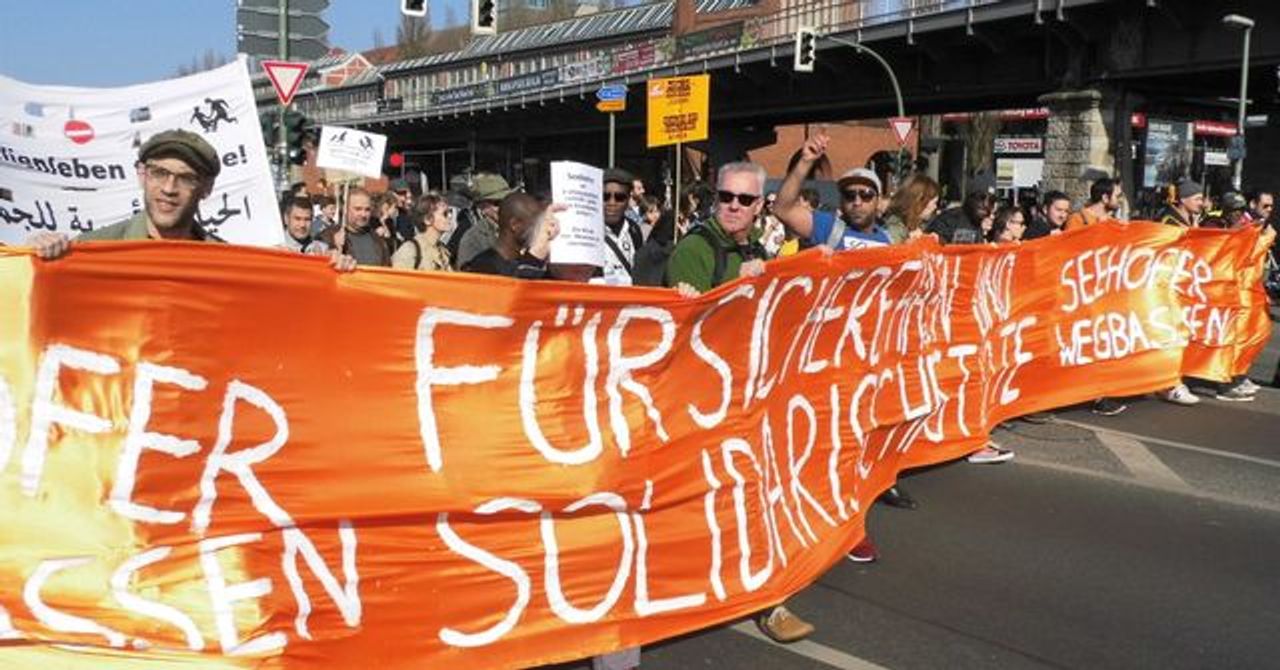 The so-called orderly return law provides for legal penalties if rejected asylum seekers and refugees given a temporary stay do not prove the veracity of their identity information and actively participate in their own deportation.

Asylum seekers, whose deportation is not possible for the time being according to the authorities, should not receive a temporary stay, but an “invitation to leave”. Linked to this are harsher work prohibitions and the exclusion of integration possibilities. Only accommodation, food and toiletries should be provided.

At the same time, the European Union decided last week to end its “Operation Sophia” in the Mediterranean.

At the start of the demonstration in Berlin, WSWS reporters spoke with Kathrin, who, as head of operations on the “Iuventa”, a ship that is part of the “Jugend Rettet” (“Youth saves”) initiative, actively participated in the rescue of refugees on the Mediterranean.

The “Iuventa” had saved around 14,000 people from distress between 2016 and 2017, reported Kathrin. The ship was seized in Italy in 2017 and has since been held in the port of Trapani in Sicily. The 10 crew members confront a criminal investigation in Italy for “aiding illegal immigration,” and face up to 20 years’ imprisonment. 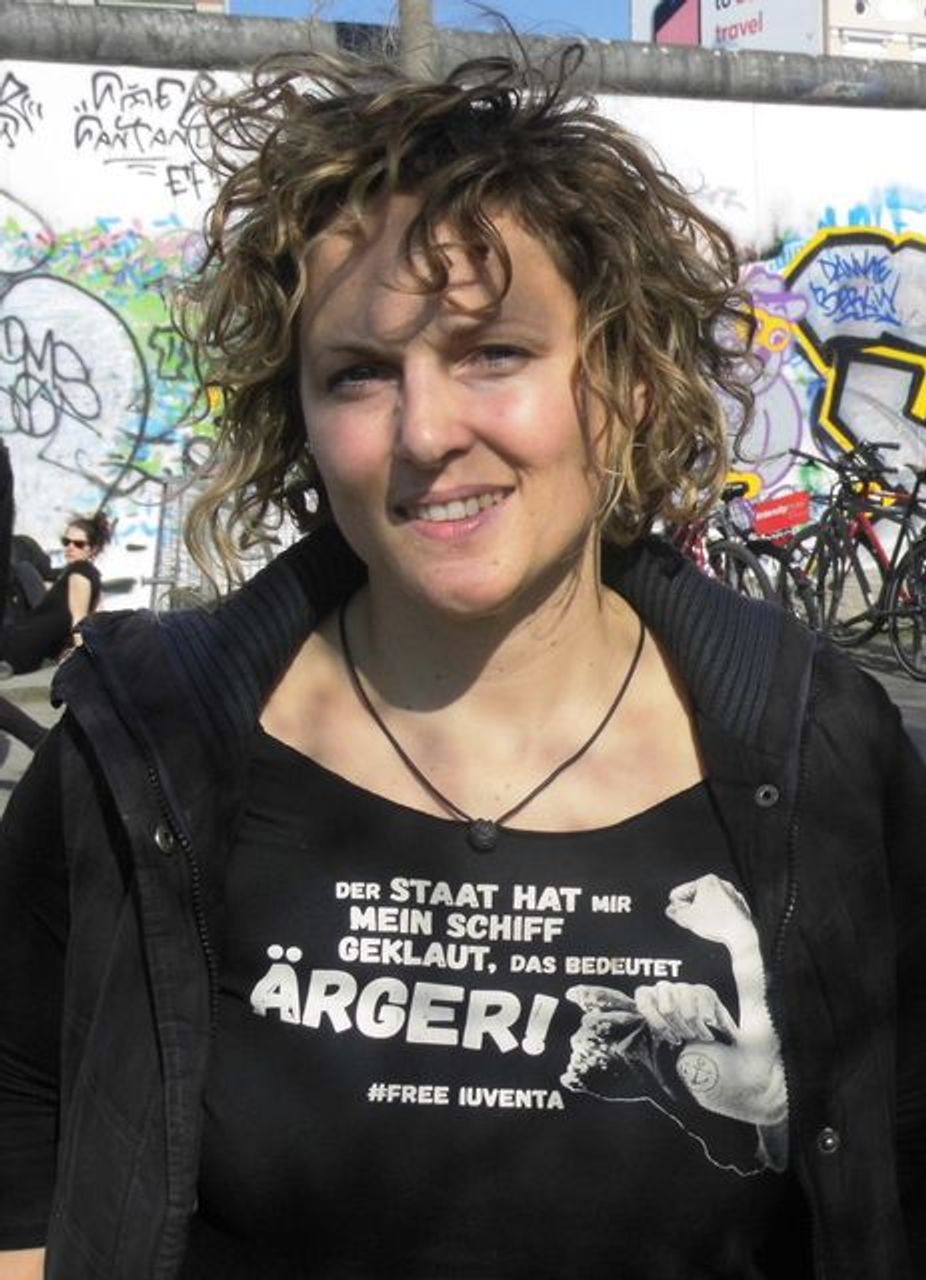 Kathrin condemned the prosecution as a “bureaucratic legal measure” that serves to “condemn men to death with open eyes”. Although “only a handful are being charged, it affects us all. It is something that endangers the freedom of democratic society.”

The Italian investigation into the crew of the “Iuventa” had not started under Interior Minister Matteo Salvini (Lega), infamous for his refugee policy begun in mid-2018, Kathrin clarified. Months before, a bug had been installed on the ship, telephone calls had been intercepted, and undercover agents had been deployed on other ships.

The escalation of reprisals against refugee aid workers is not a national phenomenon. “In fact, this strategic criminalization of solidarity and humanitarian aid is currently happening across Europe”, Kathrin said. Everywhere, people are prosecuted, for example those who had helped refugees with a place to sleep, something to eat or a shower. “Providing life-sustaining measures is to be penalized if it is given to those with the wrong passport”, she said.

Kathrin was participating in the protests because “this inhuman policy is supported by the German government.” To date, the government had still not made a statement on the charges against the crew. On the contrary, “Seehofer was one of those who demanded that the crew of the rescue boats should be prosecuted.”

Ruben, a maritime rescuer for Sea Watch, also stressed that anti-refugee politics were a European problem. 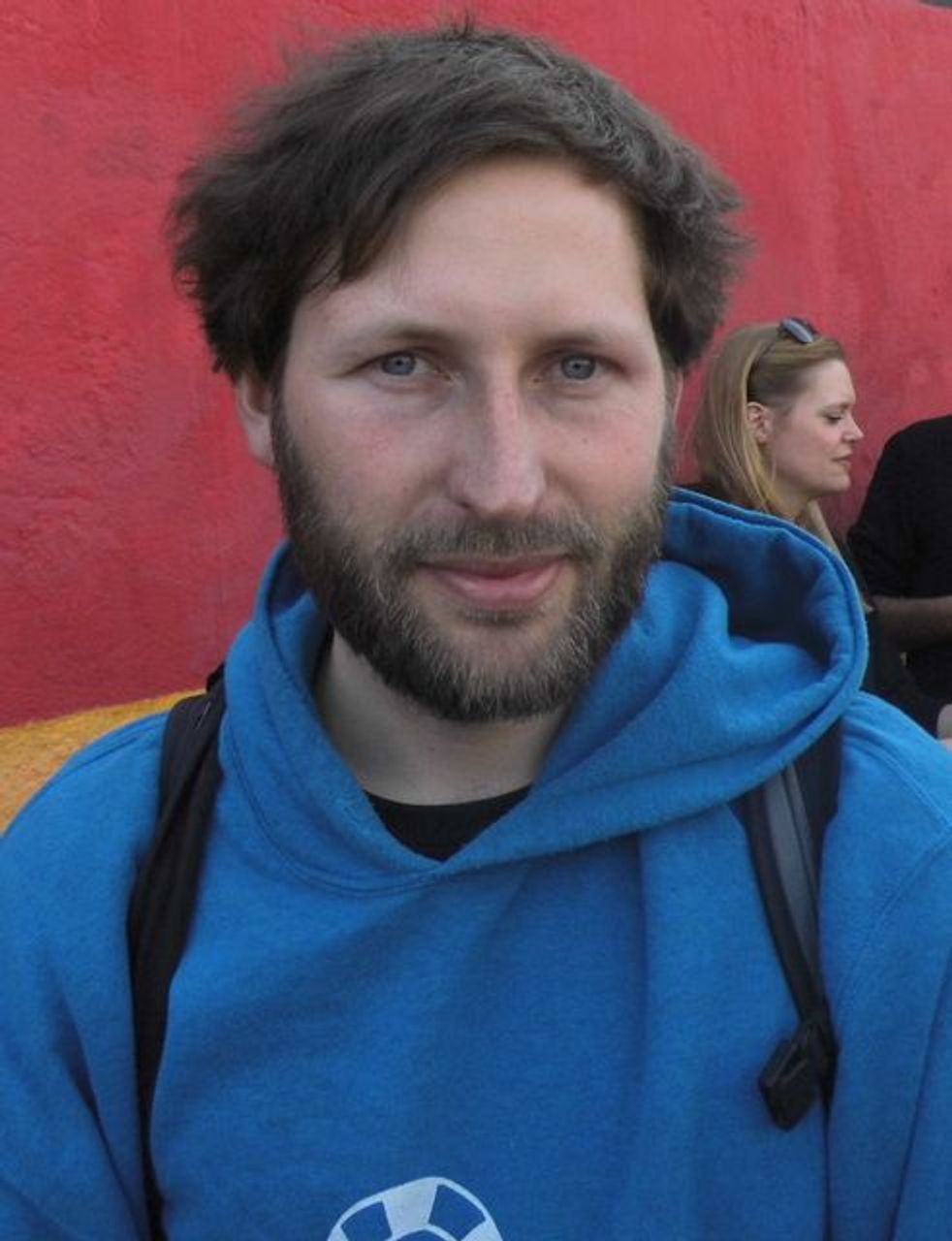 Not only right-wing, but also supposedly left-wing governments, were implementing this policy, according to Ruben. “For example, you can see it in Spain, where the so-called socialists rule and Sanchez also prevents rescue ships from leaving port.”

Referring to the ending of “Operation Sophia”, Ruben noted that the European Union was deliberately deploying Libya to do their “dirty work”. “They know you can’t take people back to Libya with their own warships, because it’s clear human rights crimes are commonplace there. There are court rulings prohibiting European ships from returning people there.” Therefore, he said, the Libyan militia were used, which could not be held legally responsible for its actions.

Asked by the WSWS reporters about his perspective for the fight against right-wing government policies, Ruben replied, “We are building a solidary Europe from below.” 50 cities had already joined the sea-bridge movement and declared themselves to be safe havens.

Ruben found it particularly interesting that “suddenly people no longer talk only about migration, but also about climate change and article 13.” Since all these topics are being discussed, “the [neofascist] AfDis falling in the polls”. he said. 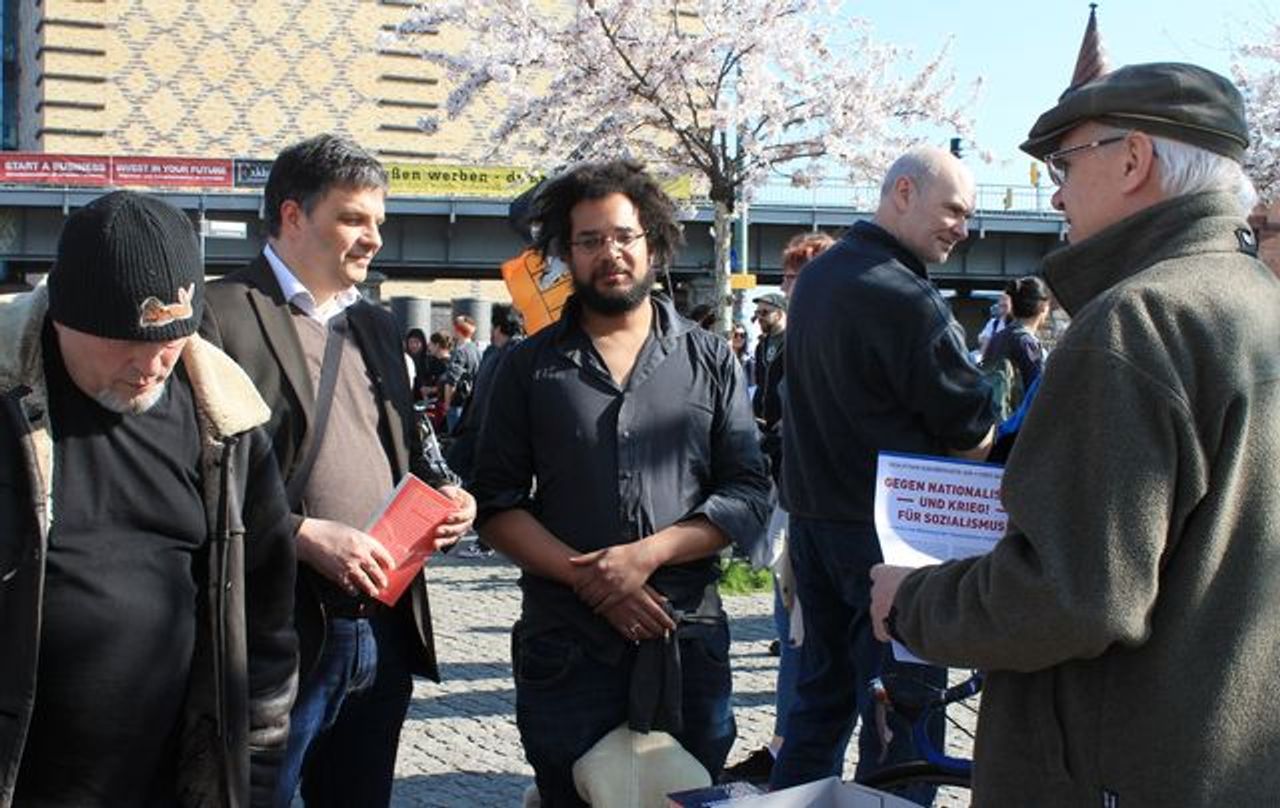 Arnoud, who is visiting Berlin for several weeks, discussed the current developments in EU policy and parallels between Germany and France with Markus Klein, a Sozialistische Gleichheitspartei (Socialist Equality Party, SGP) candidate for the European elections. In France, too, the asylum laws are being tightened up.

At the same time, popular resistance is growing in the form of the yellow-vest movement. Arnoud explained how Macron was increasingly trying to suppress the protests and to mobilize the military against them.

Asked about the need for an international policy against this turn to the right, Arnoud agreed: “In times of globalization, this seems to be the only option.”