As an earlier blog post mentioned, on 3 April 2018 we had arrived back in Kangding, capital of Garzê Tibetan Autonomous Prefecture in Sichuan province in China. The next morning, 4 April, a plane brought us back to Chengdu city; flying along snowy mountains, as this photo, a cellphone photo like the others of this blog post, shows.

At a big Chengdu railway station, we boarded a bullet train to Shaanxi province, to Yangxian county, to Hanzhong city. 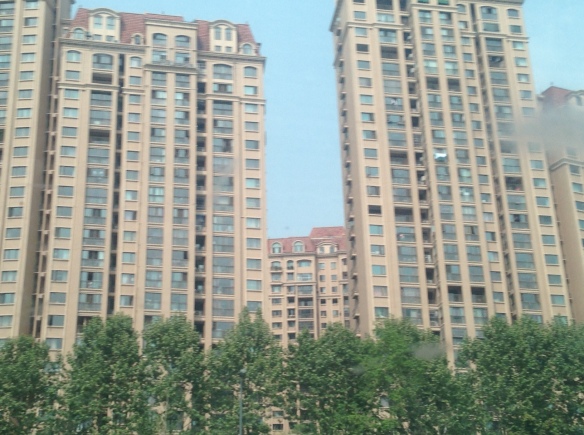 Chengdu is a city of over 10 million people. Quite some of them housed in high-rise buildings like on these photo.

We arrived in Hanzhong.

This 2017 video says about itself:

Large patches of rapeseed flowers in full bloom, decorating the fields with shades of yellow upon green, have attracted large crowds of spring outing makers to the Yangxian County of Hanzhong in … China’s Shaanxi Province.

The county is also well-known for the beautiful birds — the crested ibis, an endangered species listed on the State Protection List in China.

Stay tuned … as there will be more on China on this blog. Especially about birds: special birds.