13 August 2017. While we were on our way to a carnivorous plant exhibition in the Leiden botanical garden, we saw these domestic pigeons. Like all photos on this blog post, a macro lens photo. 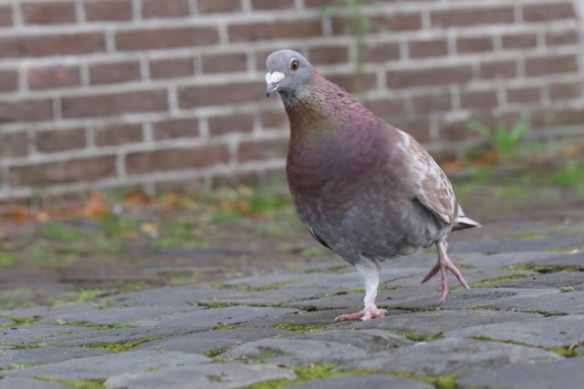 While the pigeons looked for food on the bank, an adult coot swam in the canal with two youngsters. One of the chicks was obviously older than the older one, having already a white belly and being bigger. A man threw a piece of apple near the coots. Immediately, a herring gull dived to catch the apple. Also immediately, the parent coot drove away the herring gull. 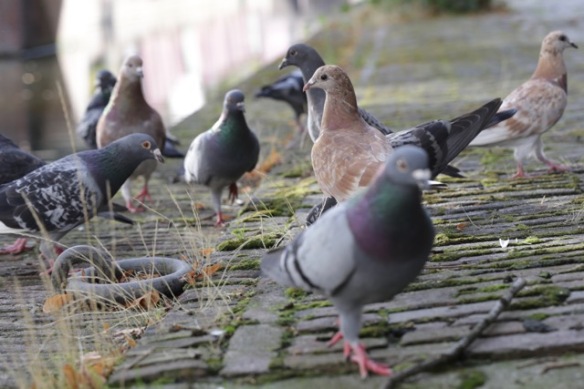 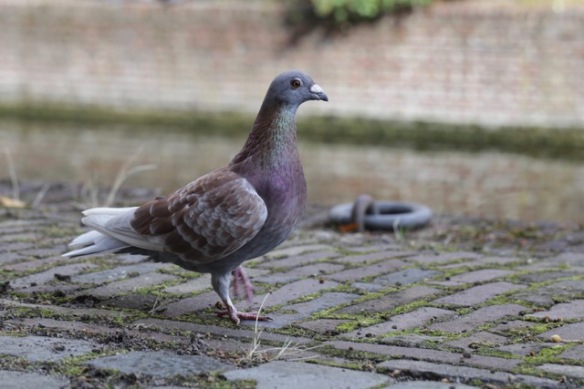 Sometimes, many birds flew away, leaving only one.

We continued, along another canal. There, we met two herring gulls. Maybe one of them was the gull we had seen earlier with the piece of apple and the coots.

We arrived at the carnivorous plants exhibition. So, stay tuned!