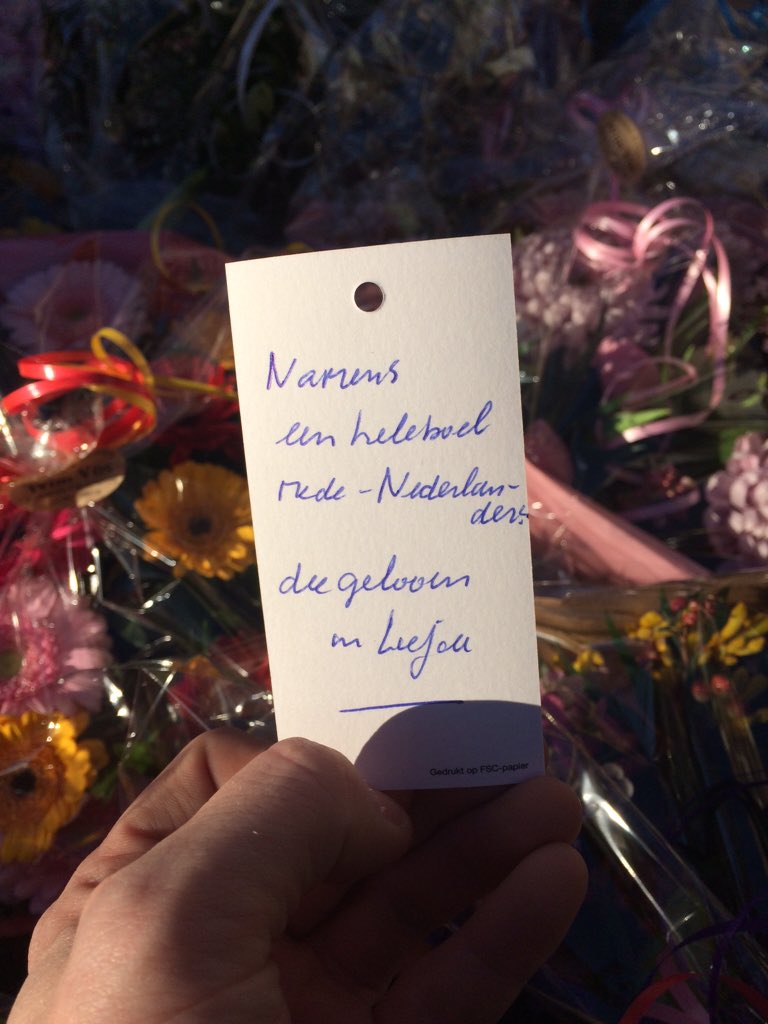 Last week, a brick was thrown through the window of his home, today it was a sea of flowers at the residence of the Syrian Basem and his son in Veen town in North Brabant province. The local florist this afternoon gave some 25 bouquets along with a card which read: “On behalf of many fellow Dutch people who believe in love.”

The flowers were bought with money that was collected on Facebook after this Friday unknown perpetrators had smashed the window of his house. In that incident also a police car was burned. …

A reporter from regional TV visited the recipient who was very touched by the flowers. “I’m very happy and I feel despite everything welcome here. The love is mutual. Thank you dear Dutch people.”

Last week Basem told Omroep Brabant that he was very scared after the incident when his window was smashed. “I fled here because this is a beautiful and safe country. I thought something like this could not happen here.” 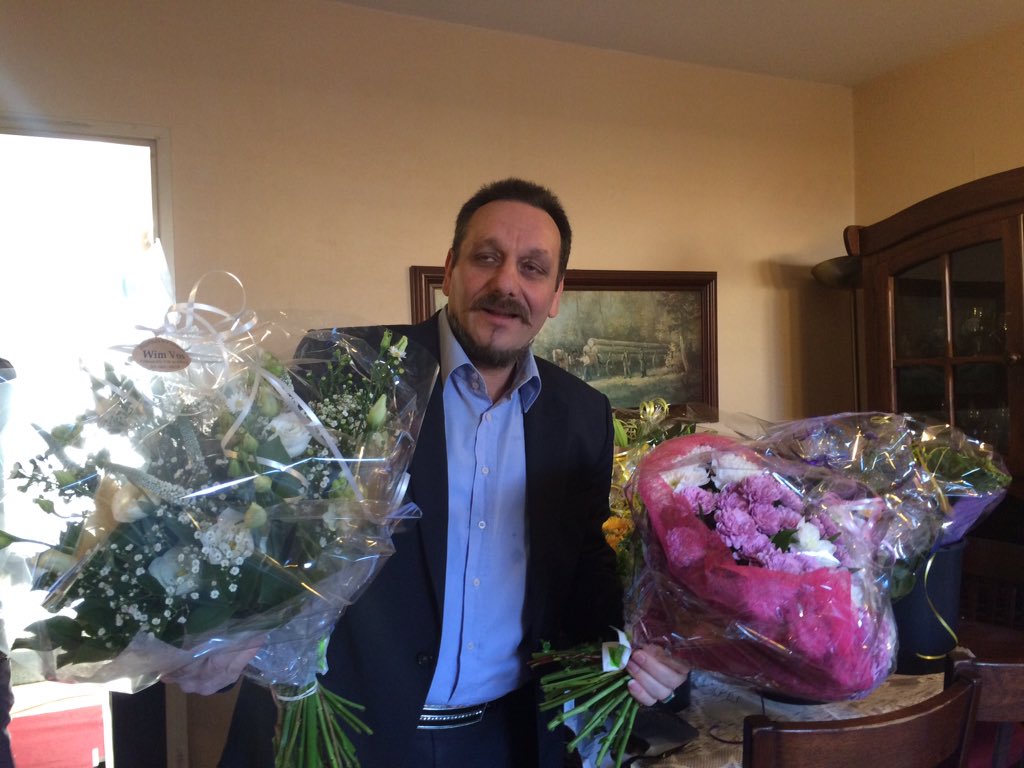