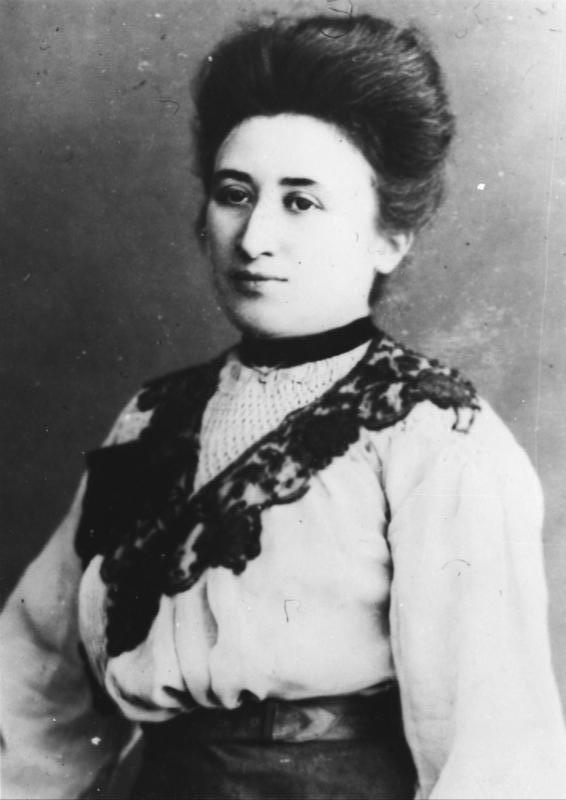 By Michal Boncza in Britain:

Kate Evans’s biography of Rosa Luxemburg does full justice to one of the most inspiring revolutionaries of the last century, says MICHAL BONCZA

IN A recent Morning Star interview with Kate Evans about Red Rosa, her sense of revelation at the richness and topicality of Luxemburg’s political thought and discourse was crystal clear.

That sense of sisterhood grew with the design of each page and Evans’s no-holds-barred approach has resulted in a gripping narrative that’s nigh on impossible to put down.

The story of a Polish-Jewish sickly young girl who from early on developed not only one of the most formidable political minds of early 20th-century Europe, but also became a hugely effective revolutionary agitator and organiser, is put to paper with sumptuous drawing.
The characterisation of individuals and ambiance is rendered with rare graphic panache.

Sequences of exquisitely composed frames engage with the sheer inventiveness of sudden switches of angles, close-ups and dynamic motion.

Although rendered in black and white, the textures are admirably rich in tonality and balanced by the superlative fine-line drawing.
Impressively scholarly, brimming with forensic detail, each frame is a picture of the times and events that shaped Luxemburg and explain her principled and uncompromising responses.

Evans charts her rapid progression as a revolutionary and articulates the threat she represented to the established capitalist order.

Included here are her first speech at a Socialist International conference —standing on a chair because of her diminutive size (top) — the triumphant address in Polish to the devoutly Catholic miners in Upper Silesia in 1898 and the sky falling in on her when German Social Democrats, many her supposed comrades, vote in favour of WWI in parliament.

Her brutal arrest in 1916 is brought graphically to life, along with the foundation of the Communist Party of Germany in 1918 and the exhilaration of the November workers’ uprisings throughout the country the same year.

As Evans reminds us, Luxemburg was also a passionate and emotional woman.

The intimate bedroom scenes delight with the tenderness of the fallings-in and fallings-out and they’re unexpectedly laced with endearing humour.

Evans shrewdly highlights issues of the day that continue to plague modern societies, including hostile attitudes towards disability — Luxemburg had congenial hip dysplasia — domestic abuse and violence against women, which she experienced in her relations with Leo Jogiches, fascism and xenophobia.

The book has an infectious quality and an embracing enthusiasm for revolutionary ideas. It’s a perfect historic complement to the ongoing radicalisation of the Labour Party.

An empowering read for would-be revolutionaries as much as for “old hands.”