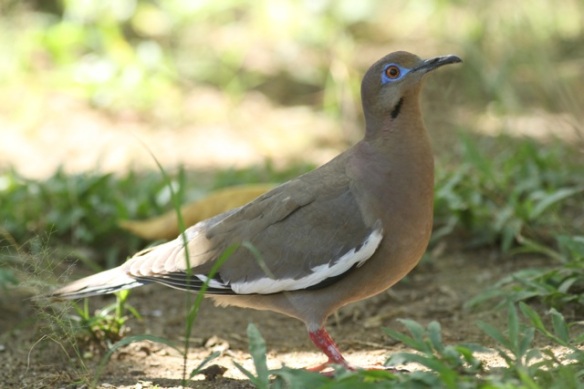 Still 25 March 2014 in Costa Rica. After the Tarcoles river, the land near that river again. Including this white-winged dove.

Near our room: a rufous-tailed hummingbird visiting a flower. 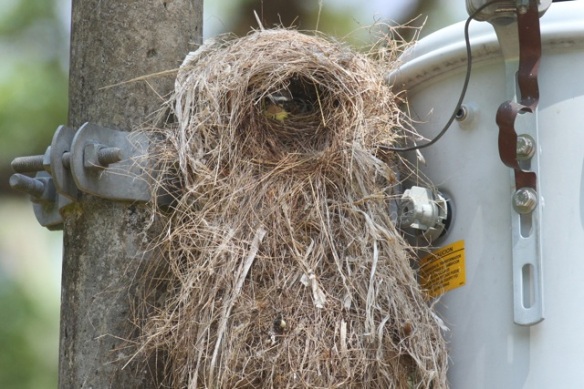 Near the swimming pool, great kiskadees have built a big nest on a pole, with at least one youngster inside. 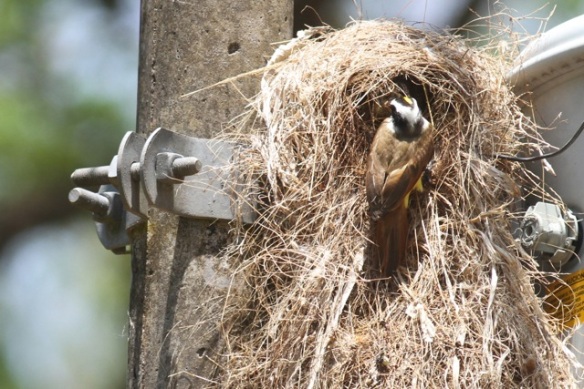 The parents come often to feed. 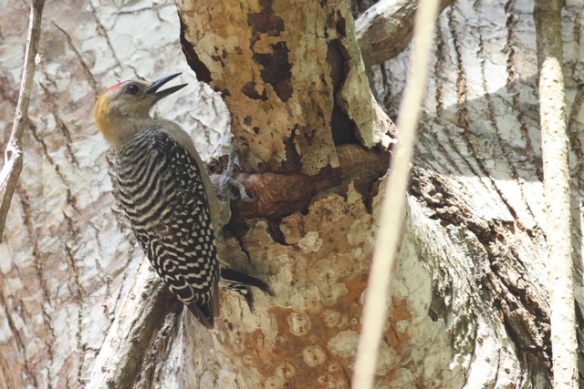 A male Hoffmann’s woodpecker on a tree.

On the other side of the river, a white ibis. 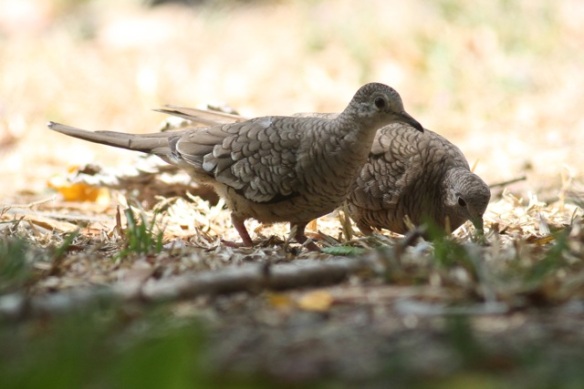 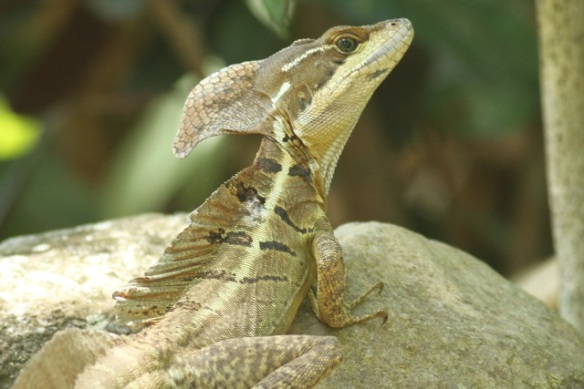 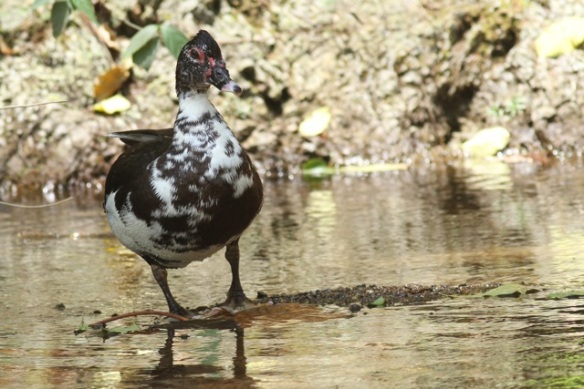 A muscovy duck swimming in the river. Then, standing on the bank, cleaning its feathers. Wild muscovy ducks have a reputation of being shy; so, this is probably a domestic individual. 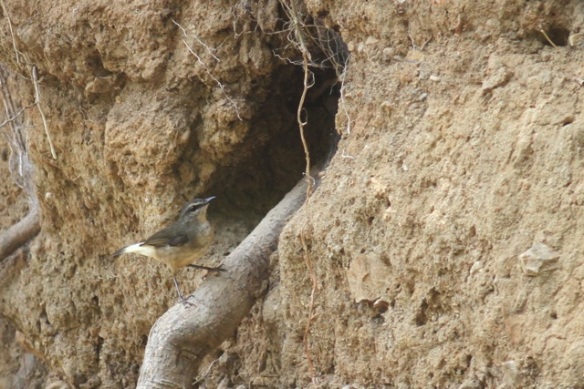 A bit higher up the river, along the bank: a buff-rumped warbler. Certainly not a domestic animal, but a wild bird, living from Honduras in the north to Bolivia in the south.