This 3 April 2020 video from the USA says about itself:

Amazon executives described Smalls as “not smart or articulate”, Smalls was fired after organizing a walkout over employee safety at Amazon‘s Staten Island warehouse.

Now, a better consequence of the coronavirus pandemic. Today, Dutch NOS radio reports that 35 Dutch soldiers have returned from Iraq. Earlier, scores had returned from the Afghan war. This should be an example for all governments in the world; to fight the coronavirus in worldwide solidarity; instead of fighting, or planning to fight, war on Iraq, Somalia, Afghanistan, Yemen, Syria, Mali, Venezuela, Iran, nuclear-armed China or nuclear-armed Russia. 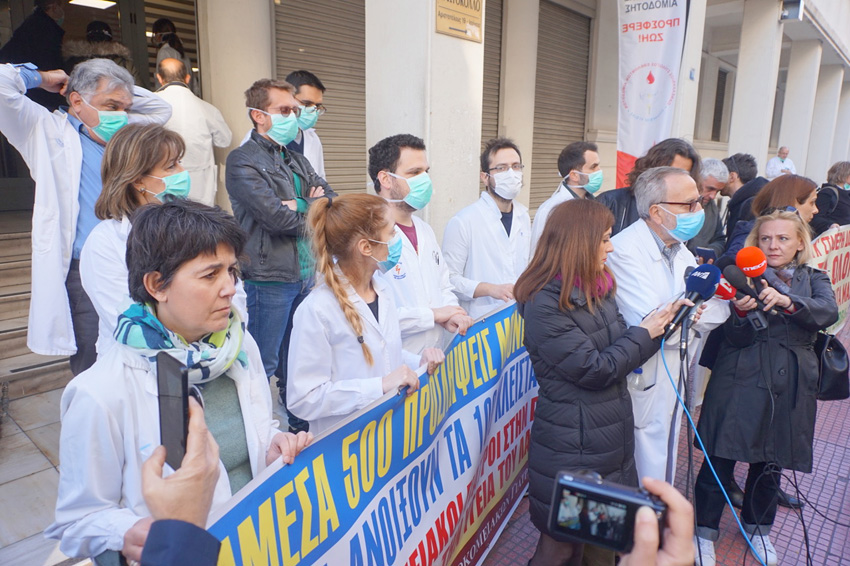 The call was issued last Wednesday by the President of OENGE, Afrodite Rentziou, at the entrance of the Attiko Hospital near Athens. Several trade unions federations have pledged participation.

Rentziou said that only 75 new beds have been placed in Intensive Care Units, on top of 600, when the necessary number exceeds 3,500.

She added that before the coronavirus pandemic, there were 30,000 unfilled vacancies in the Greek NHS and the government now say that only 4,000 would be hired and for just a few months.

Rentziou appealed for the immediate employment of some 900 doctors who have applied for work in the hospitals.

OENGE have put forward three main demands. Mass employment of doctors, nurses and hospital staff; total unconditional requisition of the health private sector and integration with the Greek NHS; and protective clothing, masks and gloves for all medical staff.

On Thursday evening the Greek government’s health spokesperson Dr Sotiris Tsiodras announced that 1,514 people have been infected by the coronavirus and 53 have died since March 10.

The refugee camp at Ritsona, 50 km north of Athens, declared a lockdown on Thursday following 20 reported cases of coronavirus infection.

Dozens of villages in northern Greece have been declared infected by the virus and police and Greek Army units enforce a total prohibition of movement in or out of the villages.

The large ferry Eleftherios Venizelos with some 350 people on board of whom 120 have tested positive, according to the seafarers’ crew union PENEN, has docked in the port of Piraeus and will remain on a 14-day quarantine.

PENEN have denounced shipping companies for not declaring infections on cargo ships.