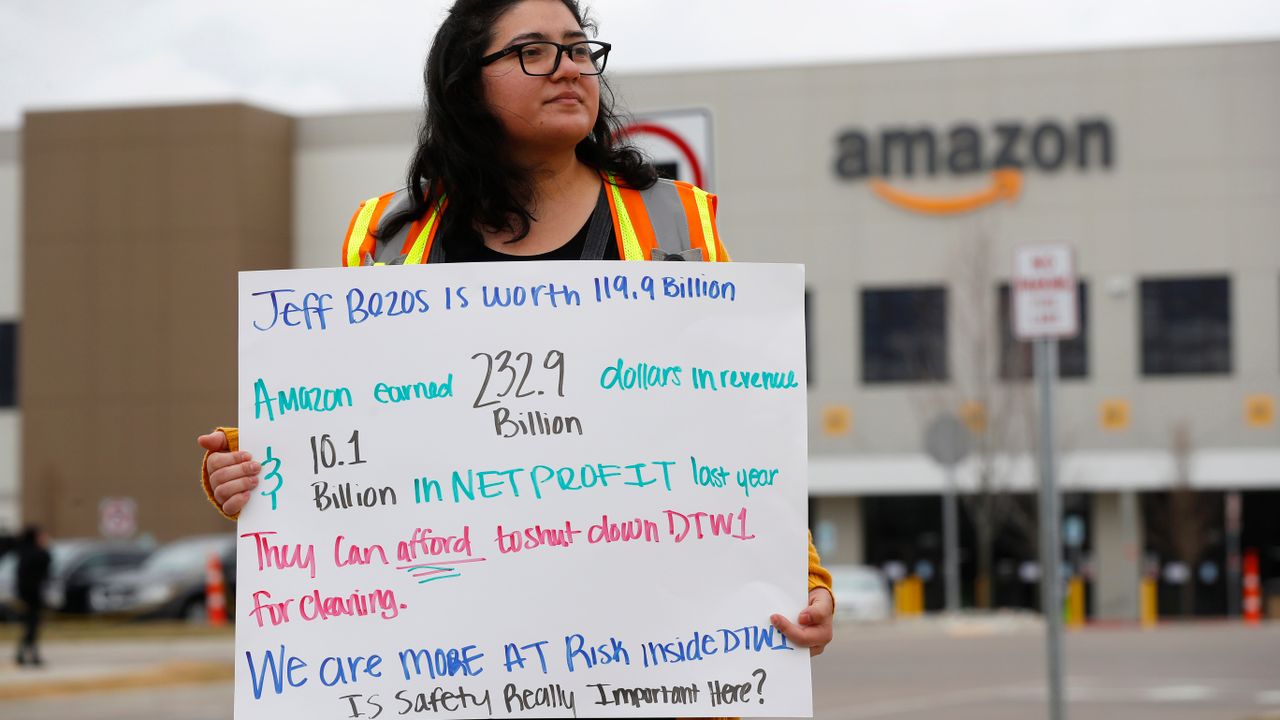 Chicago Amazon workers marched outside Amazon’s DCH1 delivery facility on Chicago’s Southwest Side on Friday chanting, “Our lives matter!” The demonstration took place after management revealed that two DCH1 workers had tested positive for Covid-19. The demonstrations follow a walkout by 30 workers on Monday, who urged workers going into the facility not to clock in and risk their lives: here.

This 4 April 2020 video from the USA is called Amazon’s Plans To Smear Strike Leader Leaked.

US health care workers face retribution for criticizing unsafe hospital conditions. By Benjamin Mateus, 4 April 2020. The shortage or entire absence of personal protective equipment (PPE) is driving health care workers to voice their concern over the danger of becoming infected.

Massachusetts Governor Charlie Baker announced an investigation Wednesday into a spate of deaths at the 247-bed Soldiers’ Home run by the US Department of Veterans Affairs (VA) in the small city of Holyoke in the western part of the state. As of Friday afternoon, there were 21 residents confirmed to have died at the Soldiers’ Home in a span of only 10 days. Of those who died, 15 tested positive for COVID-19. Tests were negative for two other deceased patients and results are pending for one more. A total of 59 current residents of the Soldiers’ Home have tested positive for COVID-19. An official with Massachusetts Health and Human Services (HHS) released a statement saying that “the numbers of infected residents and deaths will continue to increase over the coming days. The deaths at the Soldiers’ Home were initially hidden from both the mayor of Holyoke, Alex Morse, and local health officials, who only became aware of a developing situation when employees at the facility reached out to them on Friday, March 12, with information that there was “a case that turned into several cases”: here.