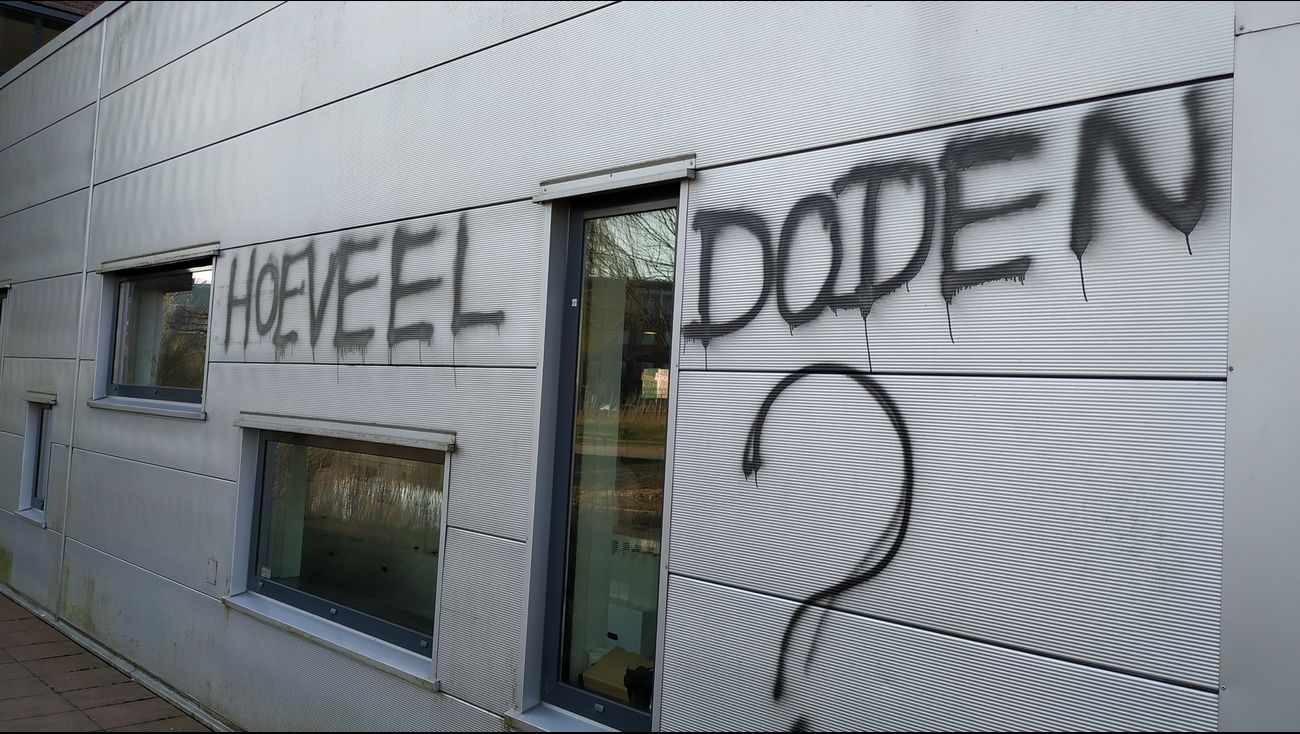 “How many deaths?” was sprayed with black paint on the office of the pharmaceutical corporation Roche in Almere. The multinational, which owns at least 80 percent of the market for corona tests in the Netherlands, was discredited yesterday, because the company is unable to supply Dutch hospital laboratories with sufficient supplies for the tests.

Hospitals might make one of those supplies, a liquid, themselves, but Roche refuses to share the prescription. In a response, the corporation points out that there are general recipes for the liquid. According to the hospitals, these do not work optimally in the Roche machines. 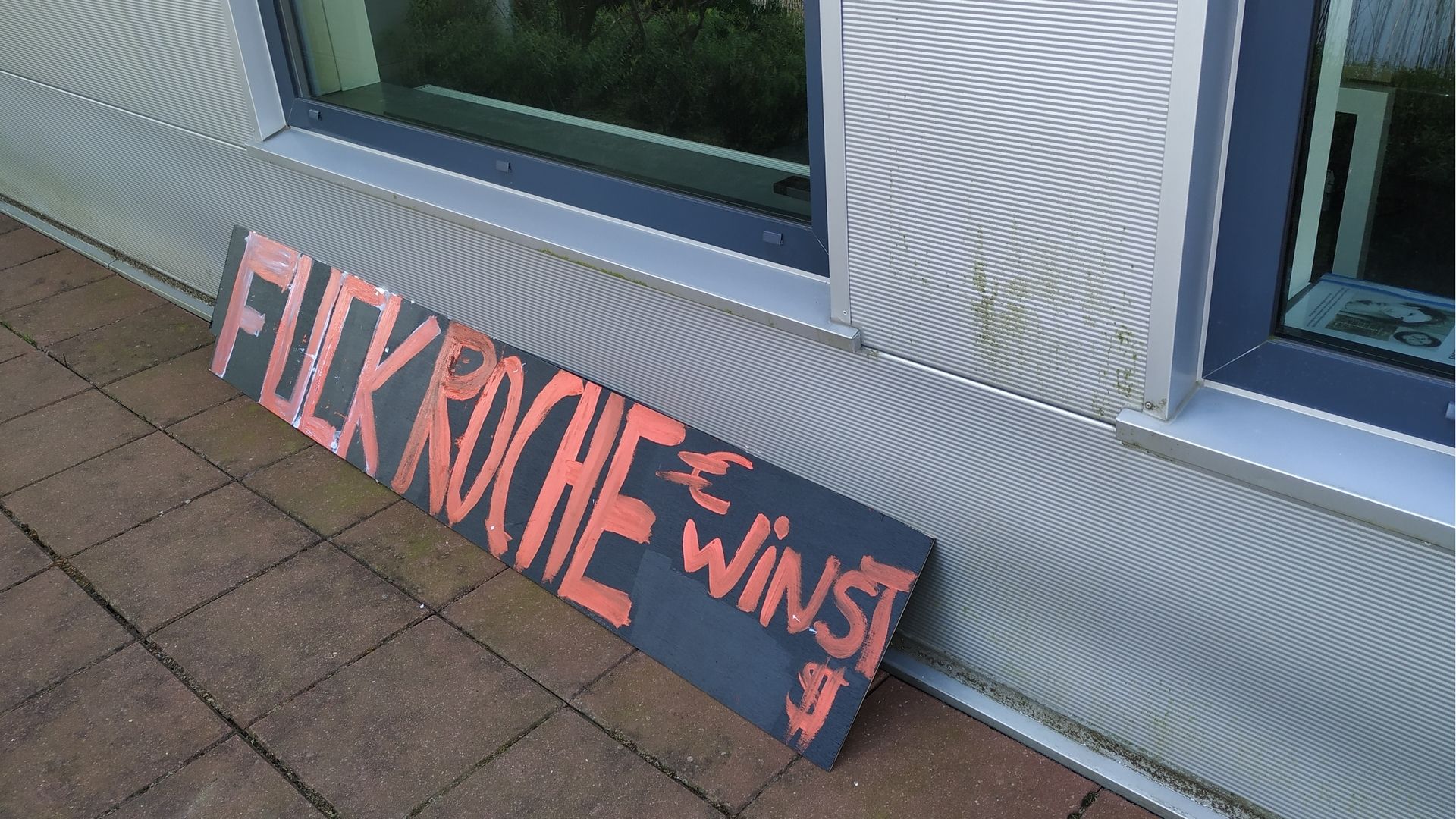 At the Almere office, there was also this sign, saying ‘Fuck Roche profits‘, a regional TV report says.

UPDATE: After much pressure and, eg, a vote in parliament, Roche has at last decided to share the recipe with the Dutch government.

The Profiteering of Big Pharma. Money-hungry corporations cash in on human misery: here.