This 16 January 2020 video is called Five French ports shut down due to French strikes.

Yesterday, over a half-million French strikers and youth marched for a 43rd day of strikes against President Emmanuel Macron’s pension cuts. They rejected Prime Minister Édouard Philippe’s announcement this weekend of a “temporary” withdrawal of a planned two-year increase in the pension age from the text of the bill, which Philippe intends to rework and add back into the bill after four months of talks with the unions.

According to the unions, 550,000 people marched across France, including 150,000 in Paris and tens of thousands in cities including Marseille, Toulouse, Bordeaux and Nantes. In Toulouse, they interrupted a ceremony held by right-wing mayor Jean-Luc Moudenc, holding a banner saying “Emmanuel Moudenc, mayor of the rich” and singing “yellow vest” songs.

Among workers, there is growing opposition to Macron and support for the strike. An Odoxa poll for France-Info and the right-wing daily Le Figaro found that 66 percent of the population still considers the strike “justified”. even though 57 percent would like it to stop, as rail and mass transit strikes lengthen commutes to work. Moreover, 67 percent told Odoxa they agreed that Philippe’s announcement this weekend was “a half-measure that comes too late.”

Emma, a schoolteacher protesting in Paris, told the WSWS: “We demand the pension cuts not be implemented. Philippe can say whatever he wants to anybody about his announcements on the pension age, we don’t care—at all.” She added, “What is unprecedented is that the strike belongs to the strikers. The workers have escaped the control of the unions.” … 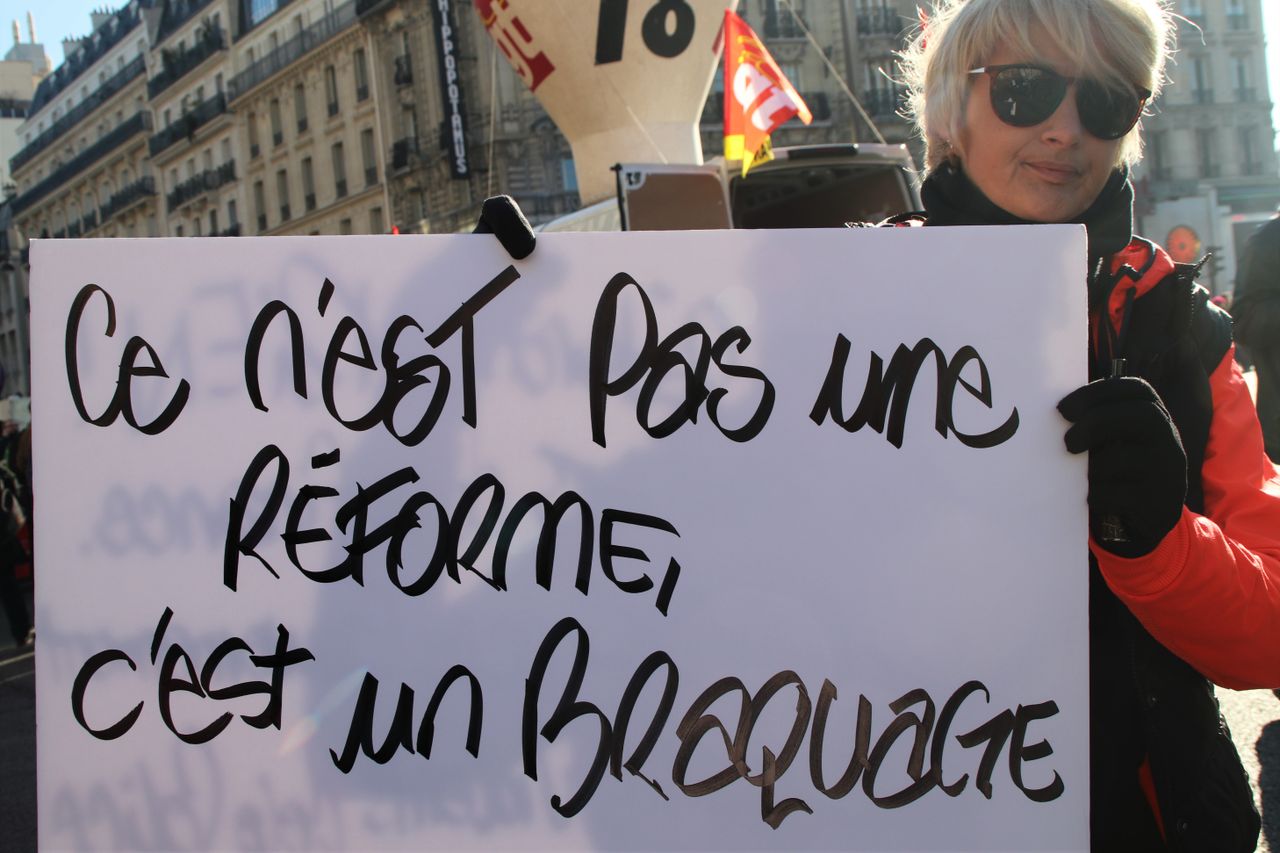 “This is not a pension reform, it is armed robbery”, the sign says.

Emma added that her pension could fall by up to €1,036 per month due to Macron’s cuts: she is a teacher with three children and, in addition to cuts specifically to teachers’ pensions, Macron’s reform slashes bonuses paid to women for bearing children. She said: “Women are unjustly attacked by this reform, though media peddle the line that this is a pro-woman reform, that things will be much fairer for them if their careers were interrupted by childbirth.”

Sylvie, who works in Paris mass transit, said Macron’s pension cut “is bad for everyone. It is a swindle. They cannot tell us how much it will take away from the French people… But we’ve seen such cuts in other European countries. Cutting our pensions twenty to thirty percent or more, is that good? Who wants to earn less—and I mean much, much less? They aim to impoverish the people.” … 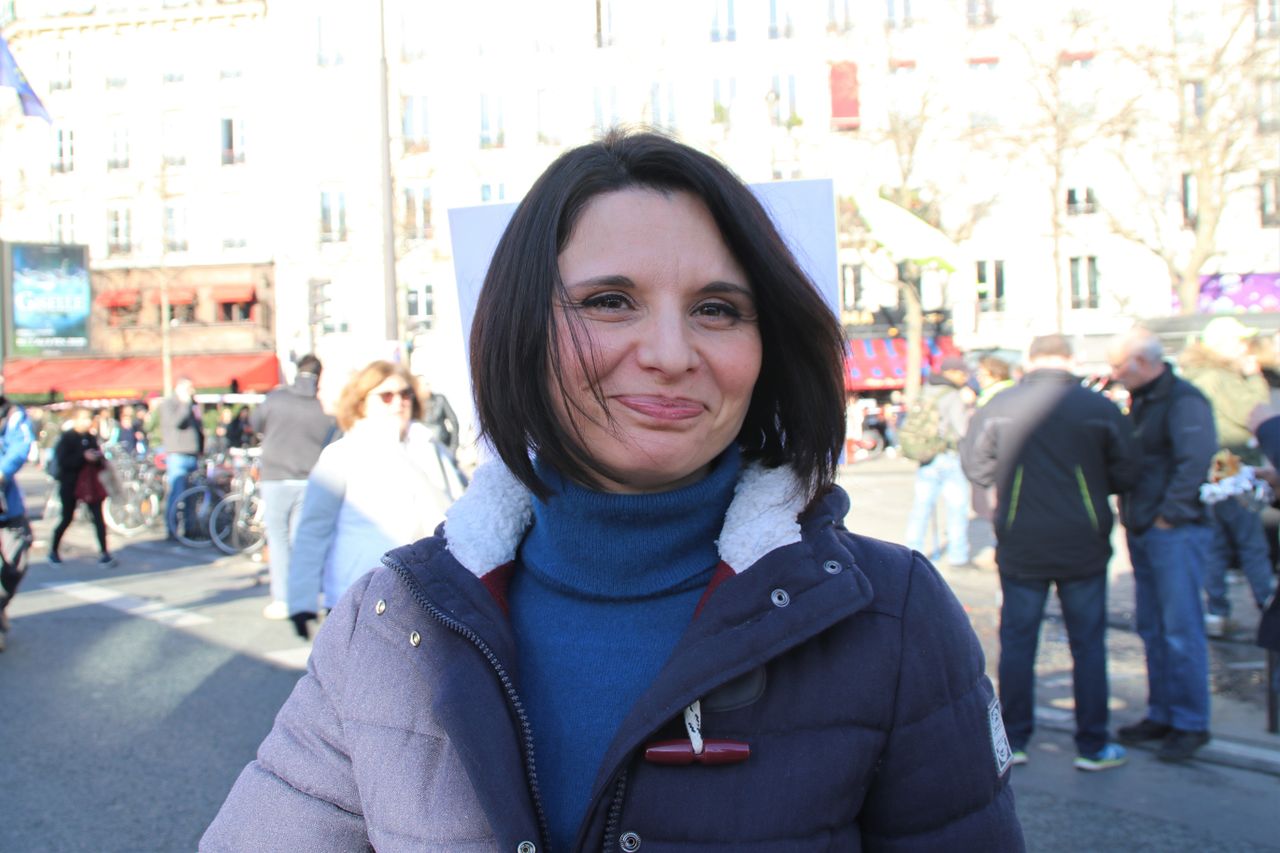 This upsurge of international class struggle unfolds amid a descent of the capitalist class into criminality and militarism, epitomized by Washington’s drone murder of Iranian General Qassem Suleimani on January 3 in Baghdad. This assassination, carried out with blatant contempt for international law, exposed the danger of all-out war between the major powers in the Middle East.

As the strike against France’s “president of the rich” continues, it is ever clearer that this struggle raises far broader issues that ultimately workers can resolve only via international, revolutionary action against the financial aristocracy and the capitalist system. 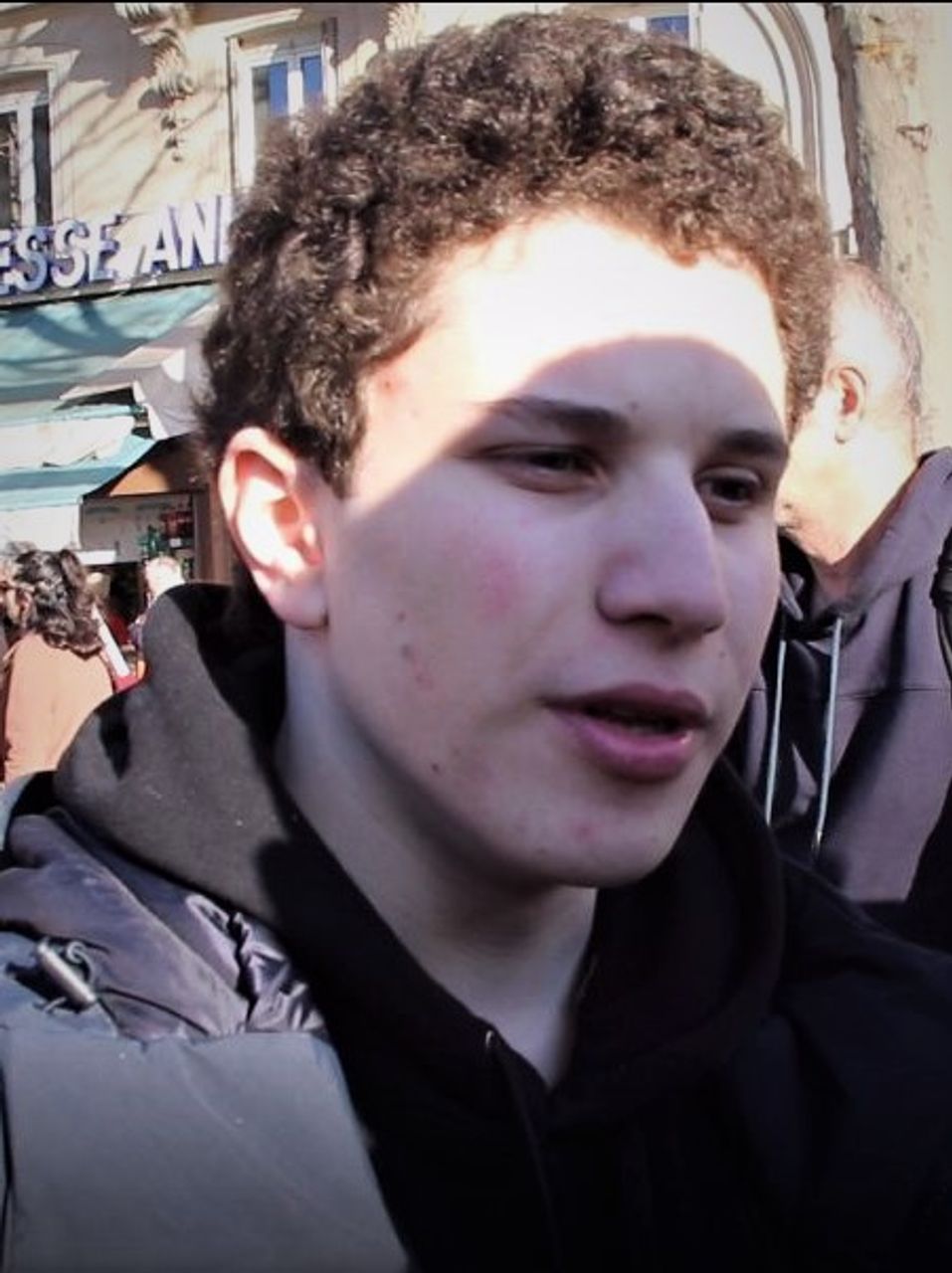 Jules, a Paris high school student, told the WSWS: “There is a lot of concern among high school students about the danger of war in the coming years. When certain individuals start bombing the Iranian military … then it’s not even a proxy war anymore, it is America and Iran that are nearly at war, or at least in violent armed conflict. And there is a lot of concern about the future of the peace we had in Europe for the last few decades.”

Jules linked the war danger to the aggressive domestic repression and austerity measures against workers at home. He said, “After attacking pensions, Macron will attack public health care and the universities… If he has given the Legion of Honor medal to the head of BlackRock, it is that he has very close links to BlackRock,” the $6 trillion global asset management firm that discussed Macron’s pension cuts with him just after his election in 2017.

The WSWS also interviewed Adrien, a worker at the Grandpuits refinery that is on a three-day strike. French refinery workers are discussing a possible indefinite national strike, which in 2010 rapidly led to a national fuel shortage and a direct clash with the state. … 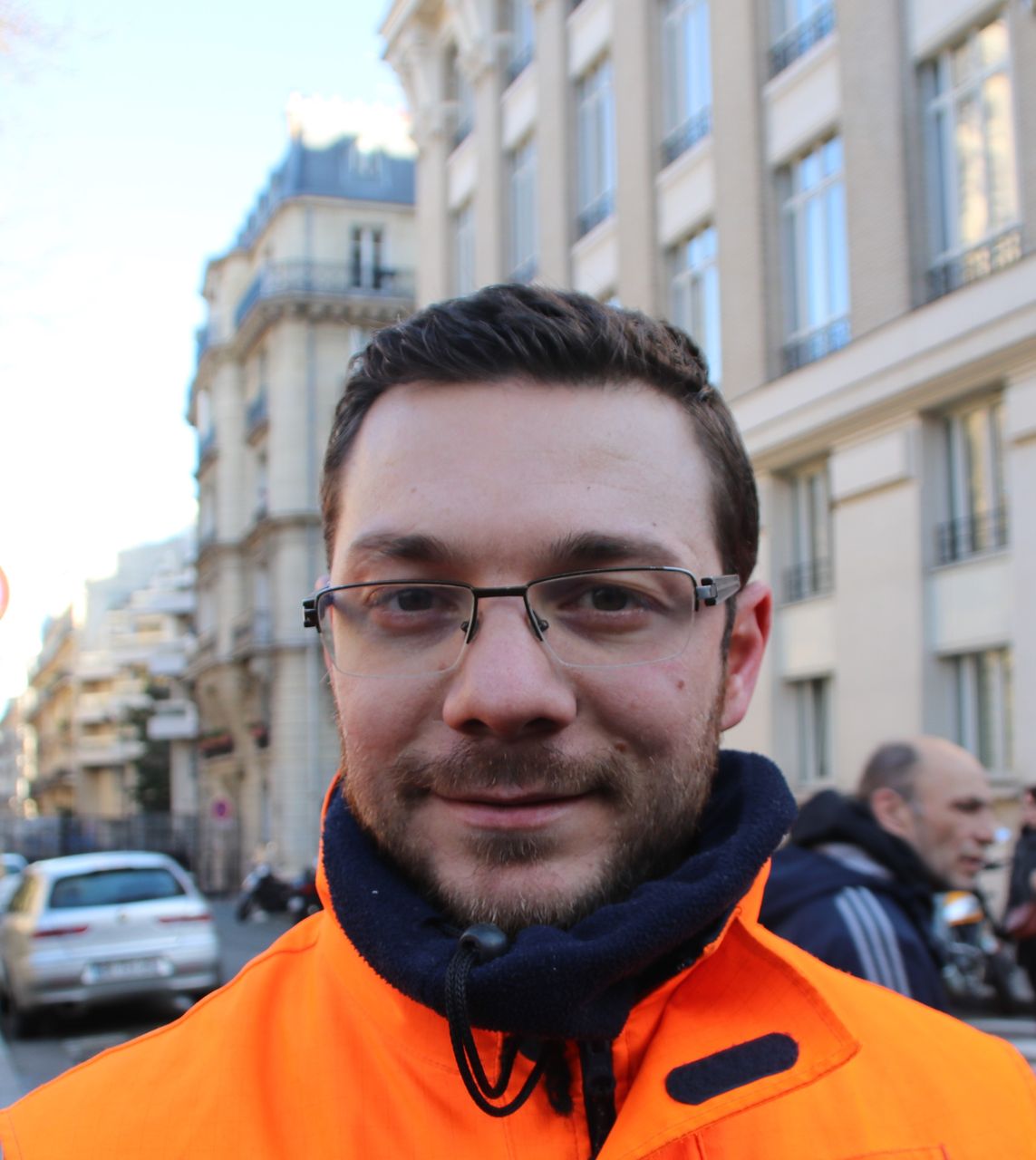 In 2010, Adrien said, “we arrived for our 5a.m. shift and discovered 17 trucks of riot police in front of our workplace. They came with the police prefect with requisition letters addressed to each of us by name, threatening us with three years of prison and €45,000 fines if we did not return to work. The UN International Labor Organization later ruled against the prefecture’s position, calling it illegal: they cannot requisition a private company except to supply critical public services… It was completely illegal, and a violation of our constitutional right to strike and of democracy.”

This experience of the class struggle underlines the need to build committees of action, organizations independent of the unions, to mobilize broader layers of workers to defend strikers. This entails a struggle against the diktat of the banks and of the police-state machine raising key political questions … 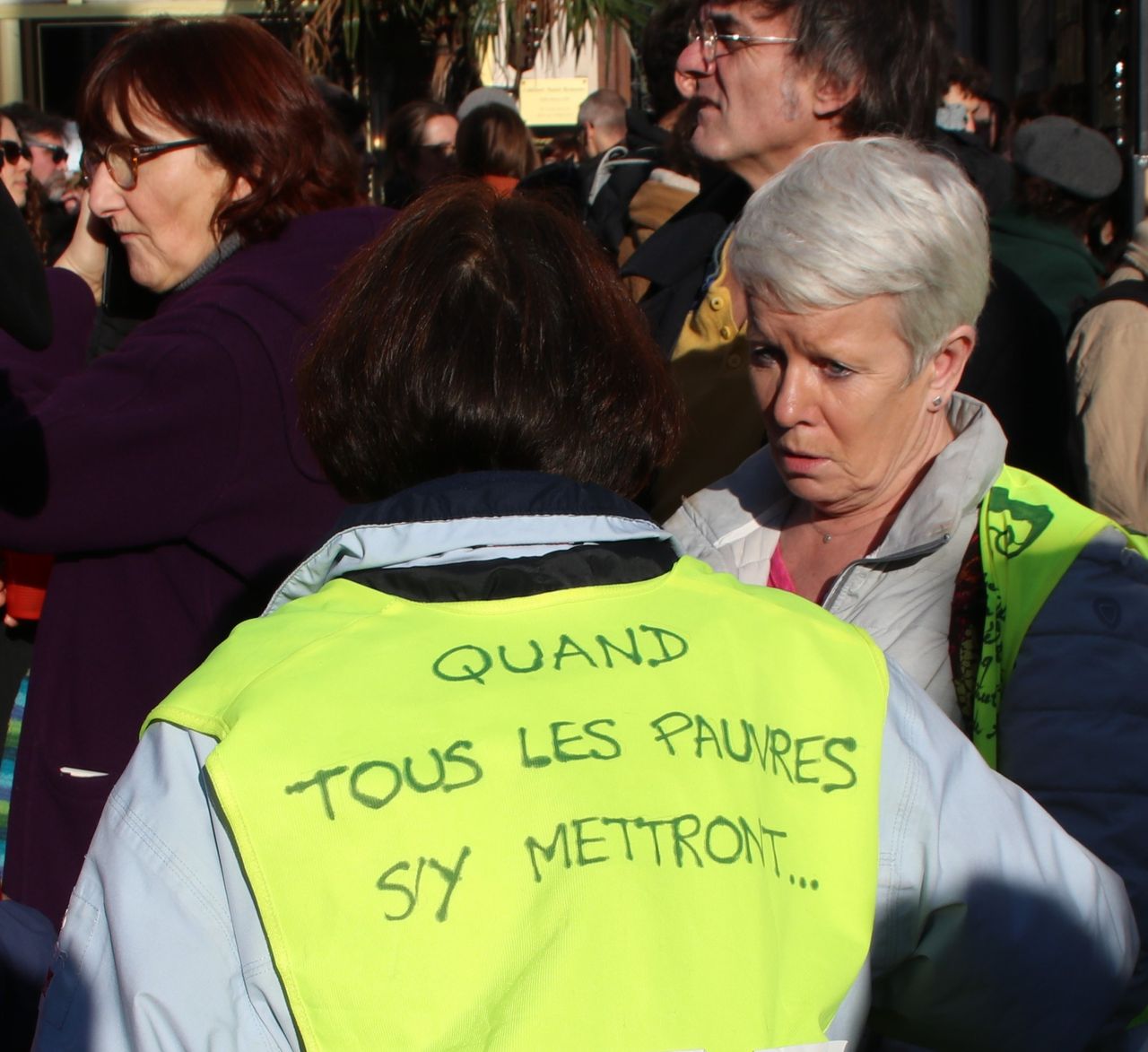 “When all the poor will get involved in the struggle …” the vest says.

Éva, a student protesting in Paris against Macron and students’ precarious living conditions due to low scholarships, said she “absolutely” supports bringing down Macron: “I never supported Macron and never will.”

Strike threat by French ski resort staff: French ski resort staff in the CGT union have given notice to strike beginning February 15. The action would coincide with the beginning of the French school holiday break, which sees a surge in ski resort bookings. Seasonal workers such as ski resort staff are entitled to payments from the Pôle emploi to cover off-season periods when no work is available. The Macron government wants to change the way off-season payments are calculated. Seasonal workers say the changes will leave them worse off. The ski workers will join the tens of thousands of French workers and yellow vest protesters demanding an end to President Macron’s attacks on pensions: here.