This 3 August 2019 from Nantes in France is about a rally to honour Steve Maia Caniço, killed by police brutality.

Police have arrested scores of protesters. Amid growing outrage across France at the police killing of 24-year-old after-school carer Steve Maia Caniço during a Nantes music festival in June, the Macron administration is banning protests planned for today and branding opposition to police violence as illegitimate.

Yesterday, Interior Minister Christophe Castaner endorsed the decision by the Nantes police prefect, Claude d’Harcourt, to ban today’s protest in Nantes against Canico’s death and the ensuing state cover-up of the police’s role. “I understand perfectly the wish to pay tribute, but I don’t know of any hommages that take place through violence”, he said. “They don’t exist. If some people wish to come and sow violence, and … exploit this event, that’s unacceptable.”

On Thursday, the Nantes prefect placed a ban on protests across large areas of the city. D’Harcourt’s statement noted that a “call for a rally” was “circulating on social media”, and declared without any evidence that the event would be “boosted by the presence of ultra-protesters and extremely radical individuals, of the ‘black block’ type”. These unspecified groups’ “illegal actions exceed the framework of the freedom of protest and the characteristics of a movement advancing demands”, it said.

In other words, the vague assertion that “radical” individuals “of the black block type” are attending a demonstration suffices to declare the protest illegal and brand as criminals all those participating. D’Harcourt threatened a police crackdown, telling a press conference Friday that the “government and the interior ministry have given us everything we required.”

Protests have already taken place in multiple cities across the country. In Lille, between 250 and 500 protested against police violence on Friday evening. In Dijon, 200 people marched carrying white balloons. “What happened to Steve moved me a lot”, one marcher in Dijon said. “That could have been anyone, one of my brothers, a friend. We wanted to pay him tribute.”

Steve Caniço’s badly decomposed body was recovered in the Loire river on Tuesday afternoon. He had not been heard from and been presumed drowned since police carried out a military-style raid on a peaceful techno music festival in the early hours of Saturday, June 22. As the panicked crowd of 200 young people fled the police rubber bullets, tasers, attack dogs and truncheons through a haze of tear gas, at least 14 fell seven meters down into the Loire river, located closely adjacent to the festival on the Wilson quay. Caniço, who did not know how to swim, never resurfaced. 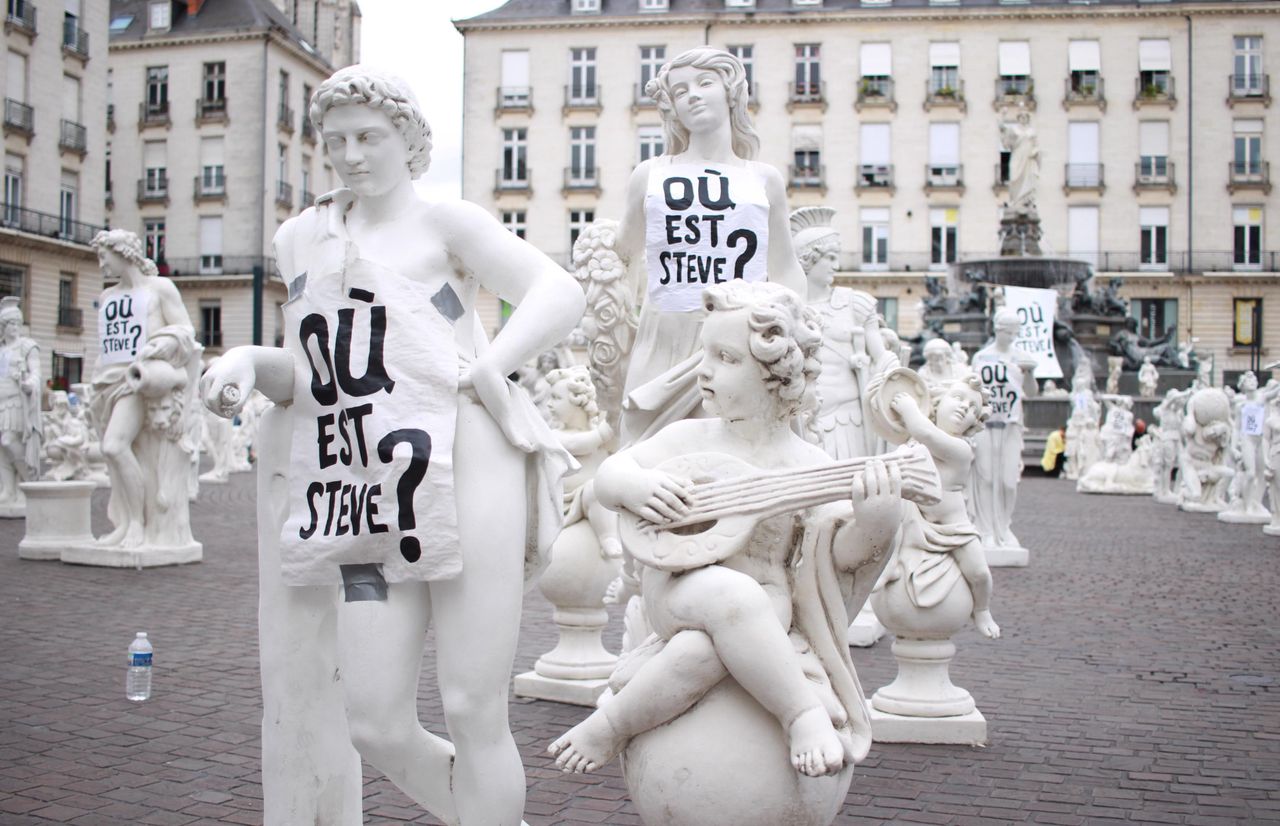 The Macron administration is giving the police forces vast powers. On one hand, it is brazenly rejecting the widely-known evidence, including video footage, of the police’s culpability for Caniço’s death; on the other, it is taking the event as an opportunity to threaten workers and youth that the police have a green light to kill those who oppose the government’s policies with impunity.

Thus, Macron justified the police’s attack in Nantes on July 20, telling reporters that “one must not forget the context of the violence that our country has been living through”, concluding, “Calm must be restored in the country.”

Immediately following the discovery of Steve’s body on Tuesday, Prime Minister Edouard Philippe gave a press conference to whitewash the police’s role, citing an internal “investigation” conducted by the police themselves, via the General Inspection of the National Police [IGPN], into their own actions. The IGPN report, which had been ordered by the interior ministry as part of its cover-up strategy, was dated July 16, but the government had said nothing of it for two weeks until the discovery of the body. 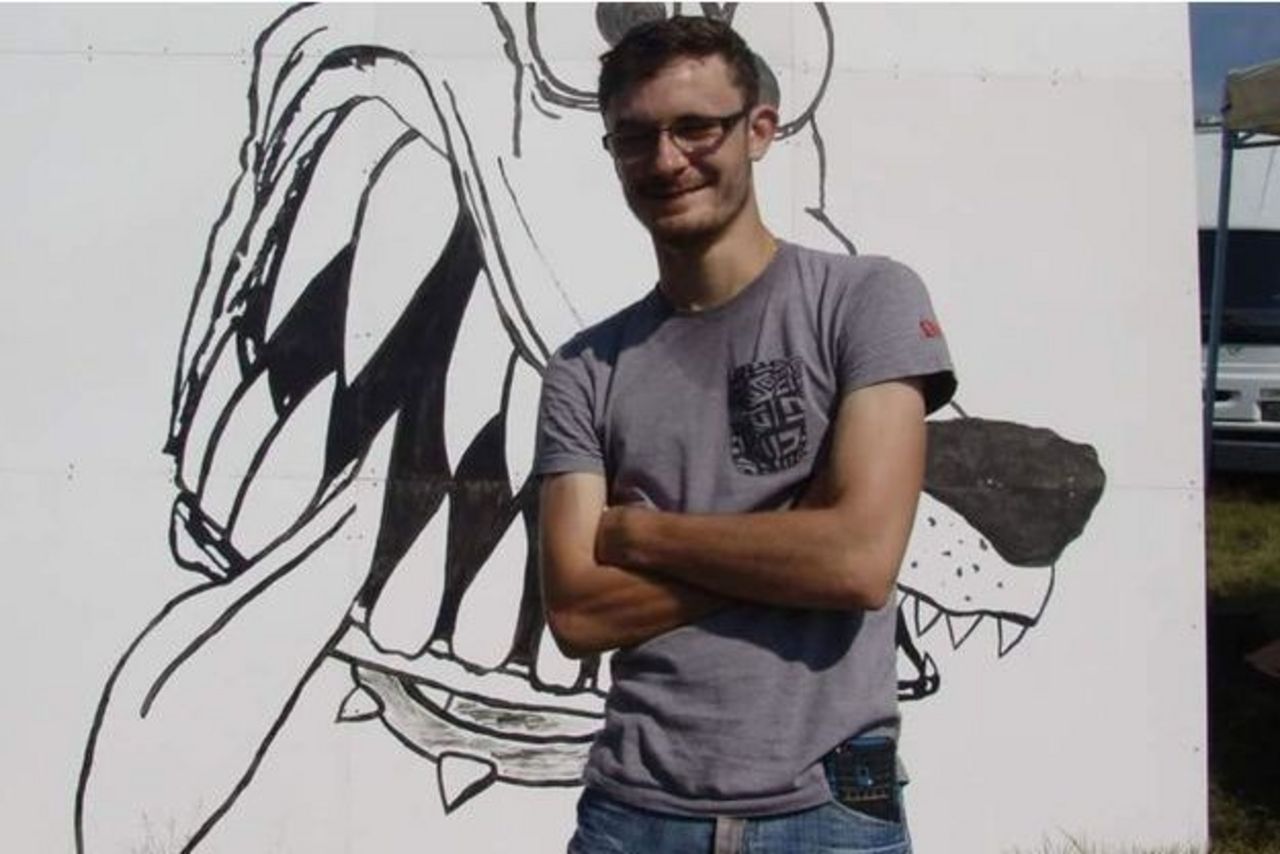 Philippe cited the report’s declaration that there was no proof to “establish a direct link between the intervention of police and the disappearance of Steve Maia Canico.” The report denied that there had been a police “charge” or “offensive leap” against the concert goers. Instead, Philippe sought to blame the organization of the festival itself, which had taken place peacefully until its conclusion, when police attacked. He stated that there were “questions as to the preparation for this event.”

These lies are believed by no one and had been exposed well before they were uttered. One of those who fell in the river after being hit by tear gas, 24-year-old Jeremy, told Mediapart: “My eyes were burning, I felt my foot go into empty space. I couldn’t see anything. I tried to swim, I tread water I held onto a cordon the side, I couldn’t see the others fall but I heard them.”

Eighty-nine people at the concert joined a legal suit against the police following the raid. None of these eye-witnesses were interviewed by the IGPN, which relied exclusively on the testimony of security agents.

One of those who filed charges, Romain, a 33-year-old photographer, testified on Wednesday that he had spent hours in the police headquarters and navigated contradictory “instructions and counter-instructions” from the police in order to file testimony with the IGPN. The police have since claimed they could not include his comments, supposedly because they requested another statement from him via email, which Romain says he never received.

Romain was at the event with his girlfriend and her younger sister. “I didn’t even see the police uniforms at the beginning,” he said. What he originally thought was a smoke bomb as part of the concert display “landed at my feet. All of a sudden, we suffocated, and we knew it was tear gas. When I could see again, everyone was running everywhere. I looked for my friend and saw her green dress running toward the Loire. I ran after her and caught her arm 50 cm from the Loire. We turned to get to cover. It’s horrible but at that moment, we crossed people running toward the river. I cried, ‘Don’t go, the Loire is there.’ We couldn’t do anything. I heard the sound of the bodies falling into the water.” The two of them eventually found the woman’s younger sister lying in a state of shock on the ground.

Cell phone footage of the event, compiled in a video by Liberation, shows that the police tear gassing and charge continued as young people screamed that the river was behind and that people had already fallen in. …

The Socialist Party’s Martine Aubry declared that “we cannot be in a country where we doubt the police, it is not possible. It’s truly horrible that in our country, we must wait so many days to find a body and that today there are so many questions to which the official investigations don’t respond.”

Protesters marched in cities across France against police violence and to commemorate Steve Maia Caniço, who drowned in the Loire River in Nantes amid a violent police crackdown on a music festival. Anger is erupting against the government’s unabashed defense of the deadly, unprovoked violence of the police: here.