This 19 January 2020 video from Switzerland says about itself:

Sixteen-year-old Swedish student and environmental activist Greta Thunberg joined thousands of climate change protesters in Lausanne for the ‘Fridays for Future’ rally on Friday, ahead of the 2020 Davos Summit of world leaders, set to take place next week.

“We are now in a new year and we have entered a new decade and so far during this decade we have seen no signs whatsoever that real climate action is coming, and that has to change,” Thunberg said addressing the crowd.

She added, “young people from all across the globe have been school striking for their right for a future every Friday and for me personally this is week 74 of Fridays for future protests.”

Thunberg went on to say “to the world leaders and those in power, I would like to say that you haven’t seen anything yet; you have not seen the last of us we can assure you that.”

The oligarchs assemble at Davos

Hundreds of bankers, corporate executives, celebrities, and heads of state and cabinet members have arrived in Davos, Switzerland, to take part in the 50th annual World Economic Forum (WEF), which begins Tuesday.

With the wealth of the world’s billionaires up by 25 percent in the last year alone, the Davos attendees have much to celebrate. But looking over the snow-capped mountains of Switzerland, the oligarchs see themselves beset by a tide of social opposition and resentment. 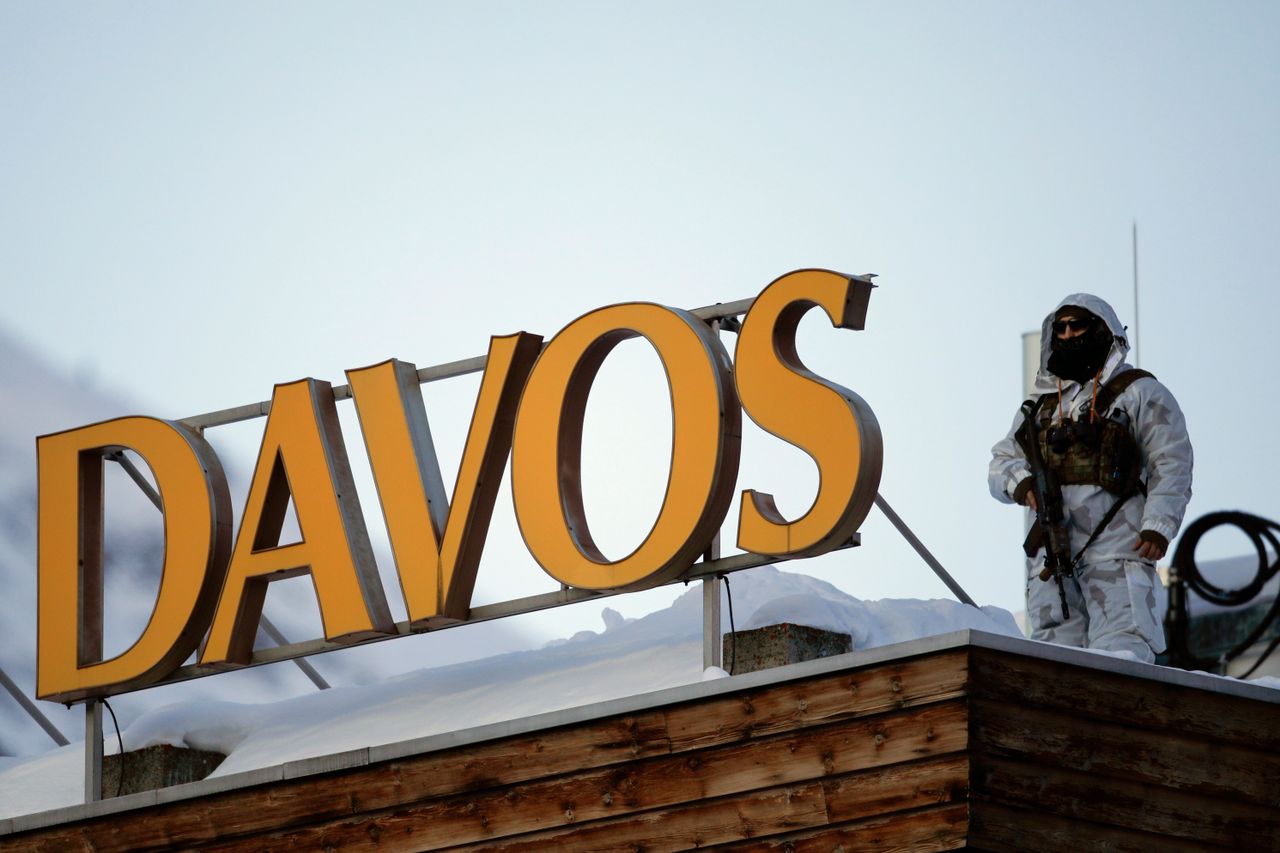 WEF founder Klaus Schwab warned in a statement ahead of the meeting that the world is at a “critical crossroads,” noting that, “People are revolting against the economic ‘elites’ they believe have betrayed them.”

Indeed, the meeting is being held amid a global upsurge of social protests over the past year from Chile and Puerto Rico, Sudan and Algeria, Iraq and Lebanon, to Hong Kong and India, to the United States and Mexico.

Across the world, protests fueled by growing social and economic inequality are continuing and expected to grow in 2020, including in France, where the year began with mass strikes against President Emmanuel Macron’s proposed pension cuts.

Ahead of their meeting, the WEF published a global risks report which noted that members ranked “domestic political polarization” in a virtual tie for their number one concern, up from ninth last year.

Meanwhile, the annual Edleman Trust Barometer survey found that a majority of people around the world think that capitalism is doing more harm than good. The survey found a global discrediting of all institutions, with governments, the media, business and NGOs all seen by masses of people as unethical and incompetent.

Ahead of the event, the British charity Oxfam released its annual report on social inequality, which it declared to be “out of control.”

According to Oxfam, the world’s billionaire population alone, just 2,153 people—the number of people which would fit comfortably on a modern cruise ship—control more wealth than the 4.6 billion poorest people in the world.

Meanwhile the top 1 percent collectively has twice as much wealth as 6.9 billion people, nearly the entire world’s population.

Placing the mind-boggling gap between the rich and poor in perspective, Oxfam notes: “If everyone were to sit on their wealth piled up in $100 bills, most of humanity would be sitting on the floor. A middle-class person in a rich country would be sitting at the height of a chair. The world’s two richest men would be sitting in outer space.”

The conclave in Davos is an opportunity for the capitalist elite to posture as enlightened reformers while cutting backroom deals aimed at funneling ever more wealth from the bottom to the top, in the privacy of the exclusive Alpine resort town and under the close guard of Swiss police snipers and their own personal security retinues.

The theme for this year’s meeting is “Stakeholders for a cohesive and sustainable world,” with a focus on the issue of climate change. Events headlined by teenage activist Greta Thunberg are being given top billing and Britain’s Prince Charles is expected to deliver a talk on “how to save the planet.”

The billionaires and millionaires in attendance will be able to show their commitment to combatting global warming by refueling their private jets with “greener” sustainable aviation fuel available at Zurich Airport’s private terminal. Attendees are being encouraged to walk on foot from venue to venue in order to reduce their personal carbon footprint.

American President Donald Trump, who set off for Davos yesterday, is set to deliver a “special address” today, in his second trip to the World Economic Forum.

The red-carpet treatment for Trump, a war criminal who has torn thousands of immigrant children from their families, and who just weeks ago brought the planet to the cusp of World War III, explodes the event’s humanitarian pretenses.

New York Times reporter Andrew Ross Sorkin commented, “With the stock market at record highs… there is an increasing sense” that Trump “will be accepted, if not embraced (although some attendees may roll their eyes behind his back) when he arrives on Tuesday.”

Sorkin concluded, “Mr. Trump may be the new Davos Man”.

The attendees’ warm reception for Trump expresses the embrace of dictatorship and fascistic forces on the part of the financial oligarchy. Feeling themselves surrounded by social opposition, the oligarchs are turning ever more directly to dictatorial forms of rule.

As the attendees give moralizing sermons about “sustainability” and praise each other’s philanthropic efforts, in their minds will be the fact that most of the world knows that they—the oligarchs—are the cause of the world’s problems.

It is they who benefit from wars, it is they who promote the rise of fascism and who are waging a frontal attack on democratic rights. And it is they who are responsible for the poverty and social misery afflicting the world’s working population.

The entry into struggle by millions of people all over the world is in fact a recognition of this fact, combined with a determination to oppose it. However, any solution to the crises confronting the overwhelming majority of the world’s people above all requires the expropriation of the financial parasites gathered this week in Switzerland.

The seizure of the wealth of little more than 2,000 people under the democratic control of the international working class would lay the basis for providing billions of people with the food, water, education, health care, culture, internet access and housing which are their fundamental social rights. This social necessity of expropriating their ill-begotten wealth is inseparable from the overthrow of the capitalist system and the socialist transformation of society.

President Donald Trump has indicated he is considering cutting funding to entitlement programs such as Medicare within the next year. In an interview at the World Economic Forum at Davos, Trump said social programs would be targeted to reduce the federal deficit: here.