Tarrafal (also known as Campo da Morte Lenta in Portuguese [“Camp of the Slow Death”]) was a prison camp in the Portuguese colony of Cape Verde. According to Wikipedia, the PVDE, Portuguese secret police, modeled its camp regime on the Nazi concentration camps.

By Charles Hixson and Paul Mitchell:

Visitors to the Aljube Museum—Resistance and Freedom (Museu do Aljube Resistência e Liberdade) in Lisbon will be shocked by what they learn about a period of Portuguese history whose brutalities have largely been suppressed. 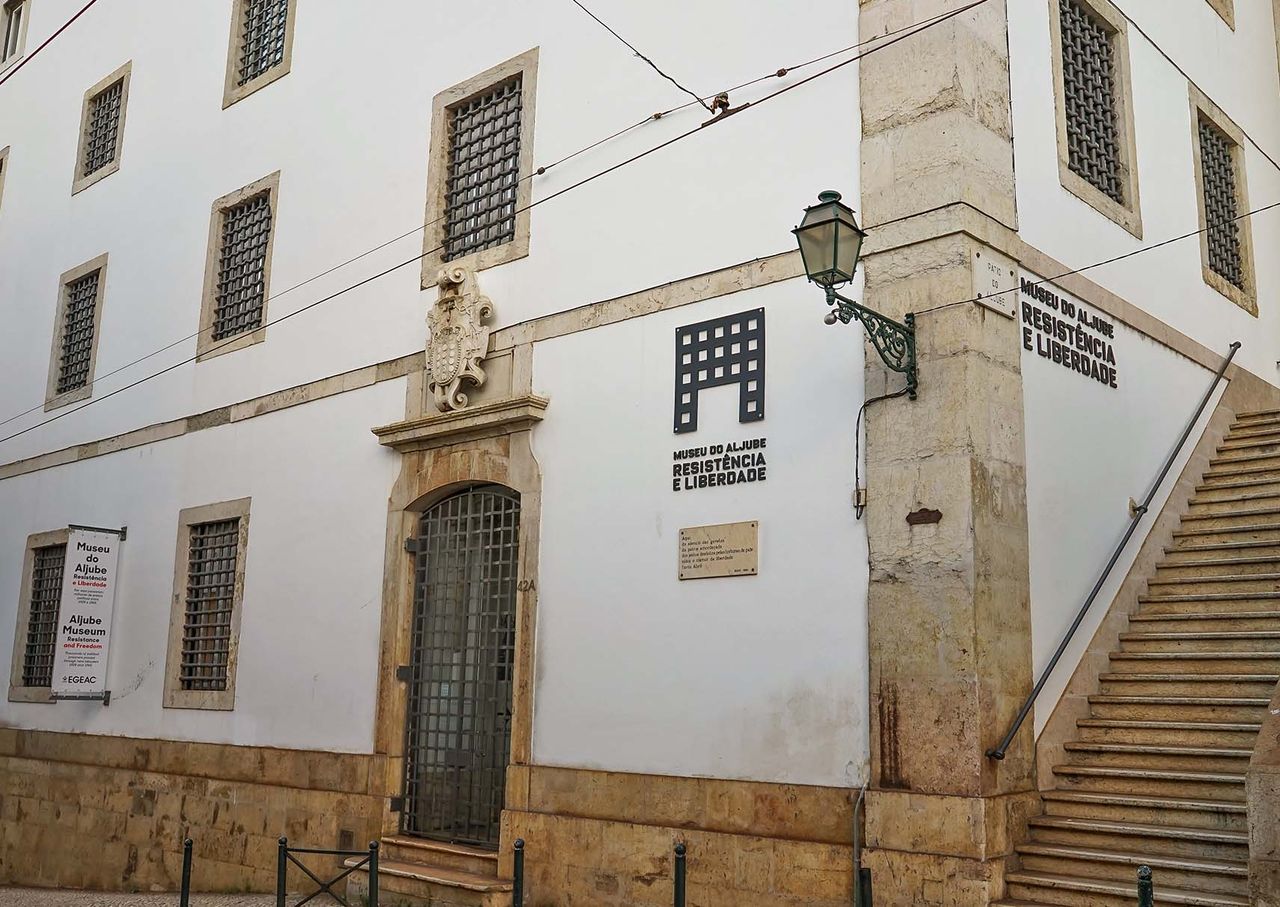 Located across from the city’s Sé Cathedral, the old building served as a prison for centuries. It was where the feared PIDE (Polícia Internacional de Defesa do Estado) secret police incarcerated and tortured thousands of political opponents of the fascist regime that ruled Portugal from 1926 to 1974 until its overthrow in the Carnation Revolution. 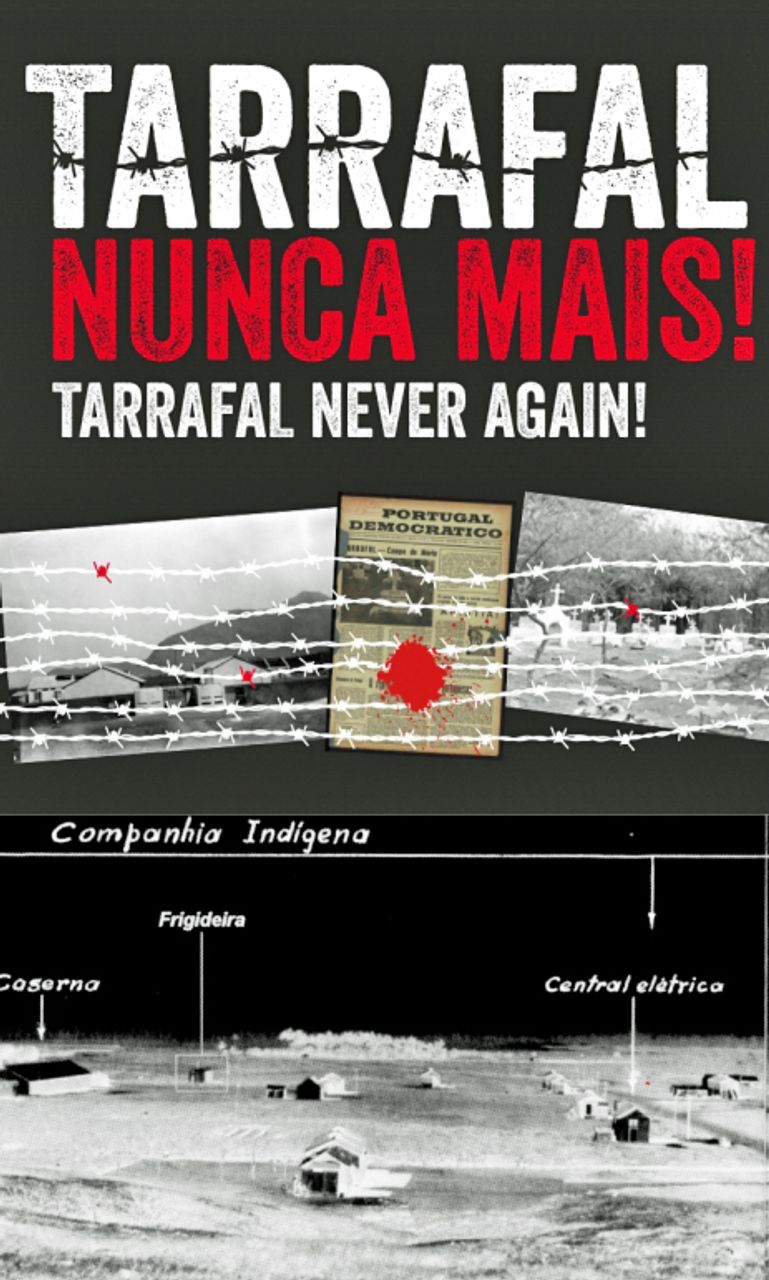 A current exhibition “Tarrafal Never Again!” tells the story of the little-known concentration camp in the former Portuguese colony of Cape Verde, an island group in the central Atlantic Ocean. The exhibition includes stark photographs of the arid, isolated prison, coldly meticulous government dossiers detailing the lives and deaths of individual prisoners under the most wretched conditions, and moving testimony from survivors.

The Aljube Museum was established due to a campaign by the Civic Movement Don’t Erase Memories! (NAM)—primarily led by former Portuguese Communist Party (PCP) turned Socialist Party (PS) members—to combat the “complicit amnesia regarding the dictatorship that we faced between 1926 and 1974.” 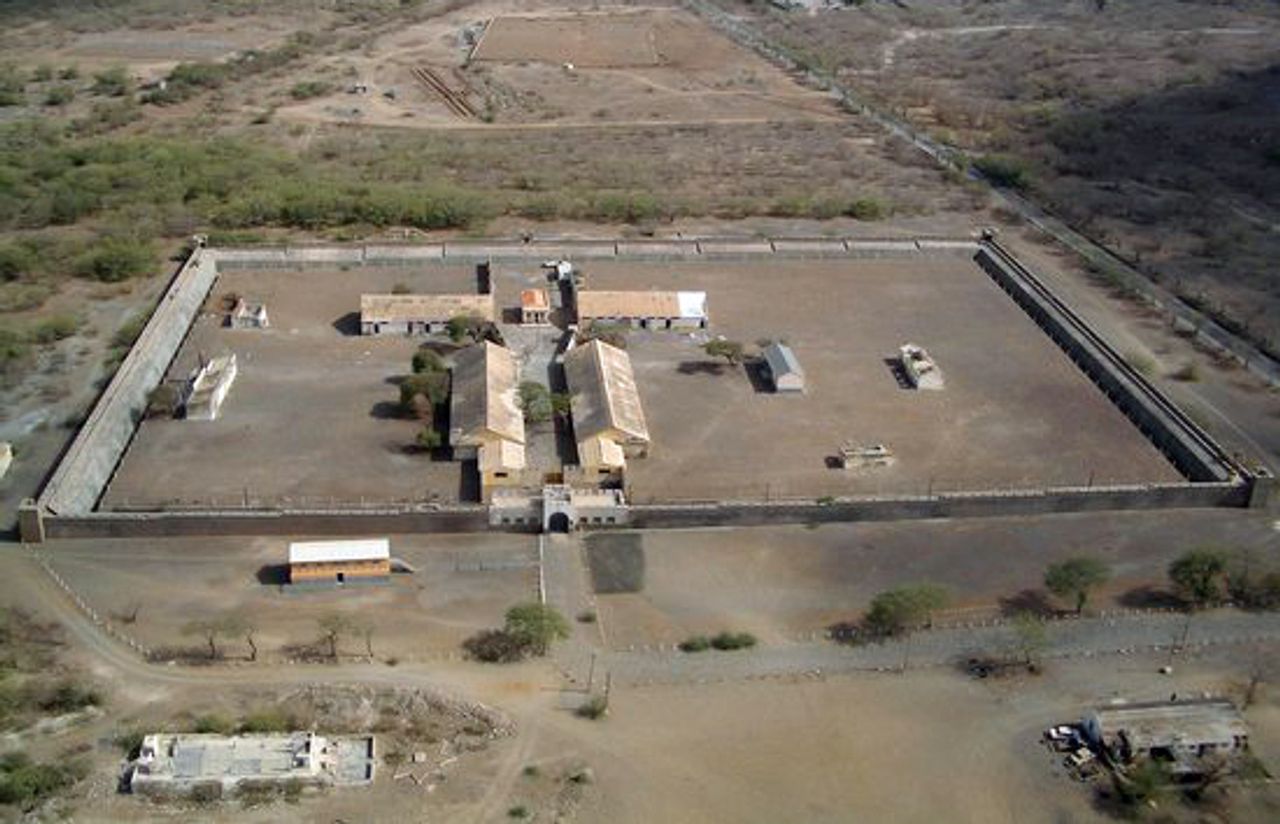 … In 2013, then PS mayor of Lisbon and current Prime Minister António Costa gave the go-ahead for the Aljube prison to be converted into a museum (instead of luxury apartments), overseen by the Mário Soares Foundation. Soares, a leading figure in the liberal opposition to the dictatorship, founder of what was to become the PS, twice prime minister and then president of the Republic, opened it in 2015. The PCP abandoned its own plans for a museum. 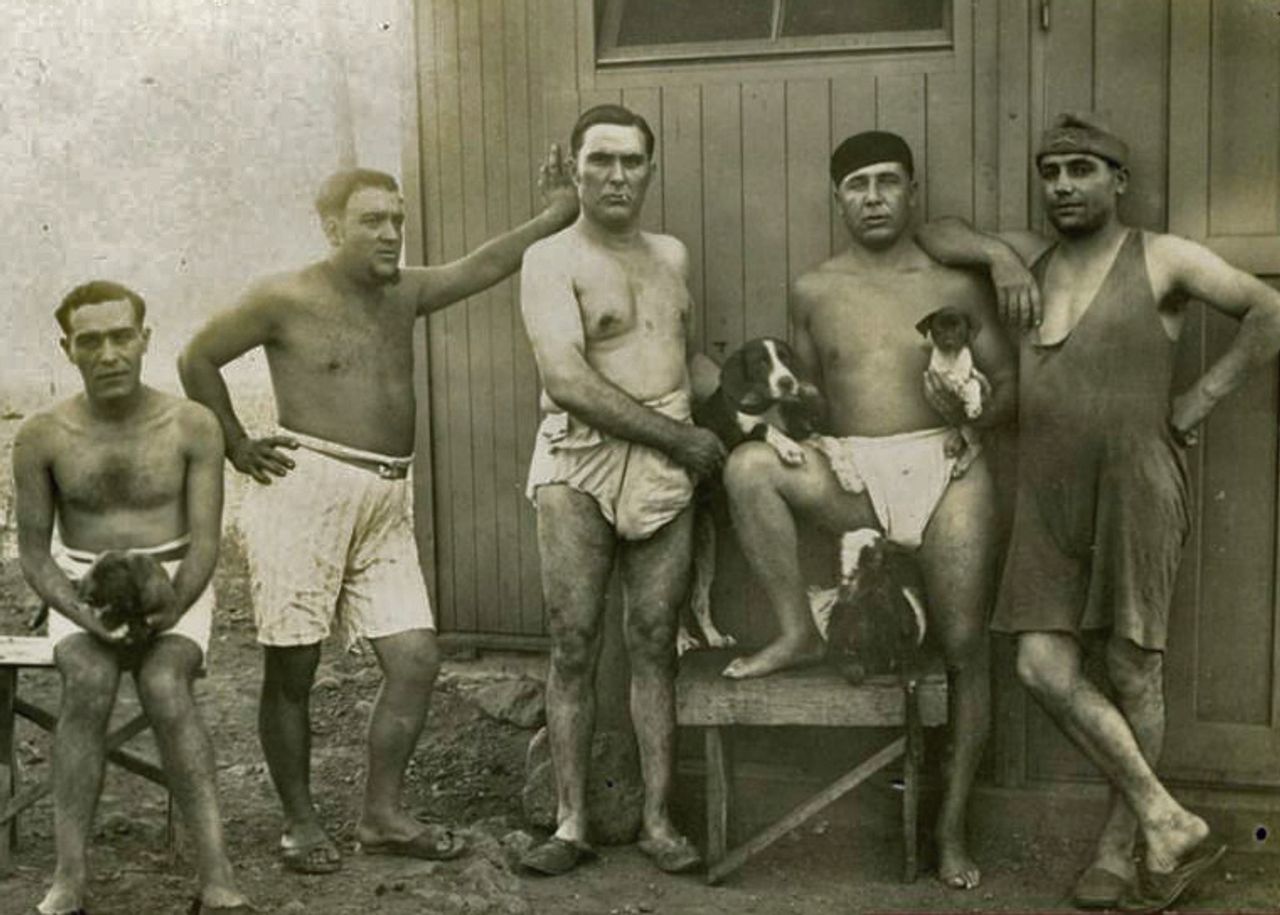 The museum’s mission is to promote “the history and memory of the fight against the dictatorship and the recognition of resistance in favour of freedom and democracy.” The possibility of the revolutionary overthrow of capitalism and the establishment of a socialist society is expunged from the narrative.

It was the instability and weakness of Portugal’s First Republic, which saw eight presidents and 45 governments between 1910 and 1926, and the movement of the working class, inspired by the 1917 Bolshevik Revolution in Russia, that led to the right-wing coup of May 28, 1926.

In 1928, António de Oliveira Salazar, an economics lecturer, was appointed Portugal’s finance minister and then prime minister (1932-1968). In direct response to continuing working class struggles that peaked in a five-day insurrection in 1934, Salazar declared his clerical-fascist New State (Estado Novo) with its values of God, Fatherland, Authority, Family and Work. It was anti-communist and venerated a rural lifestyle uncorrupted by industrialisation.

The most important function of Salazar’s regime for Portugal’s ruling elite was its strangling of any struggle by the working class at home and opposition developing in the colonies. Independent trade unions and strikes were outlawed, and workers were forced into state company unions or “sindicatos”. The PCP leadership was imprisoned or driven into exile. 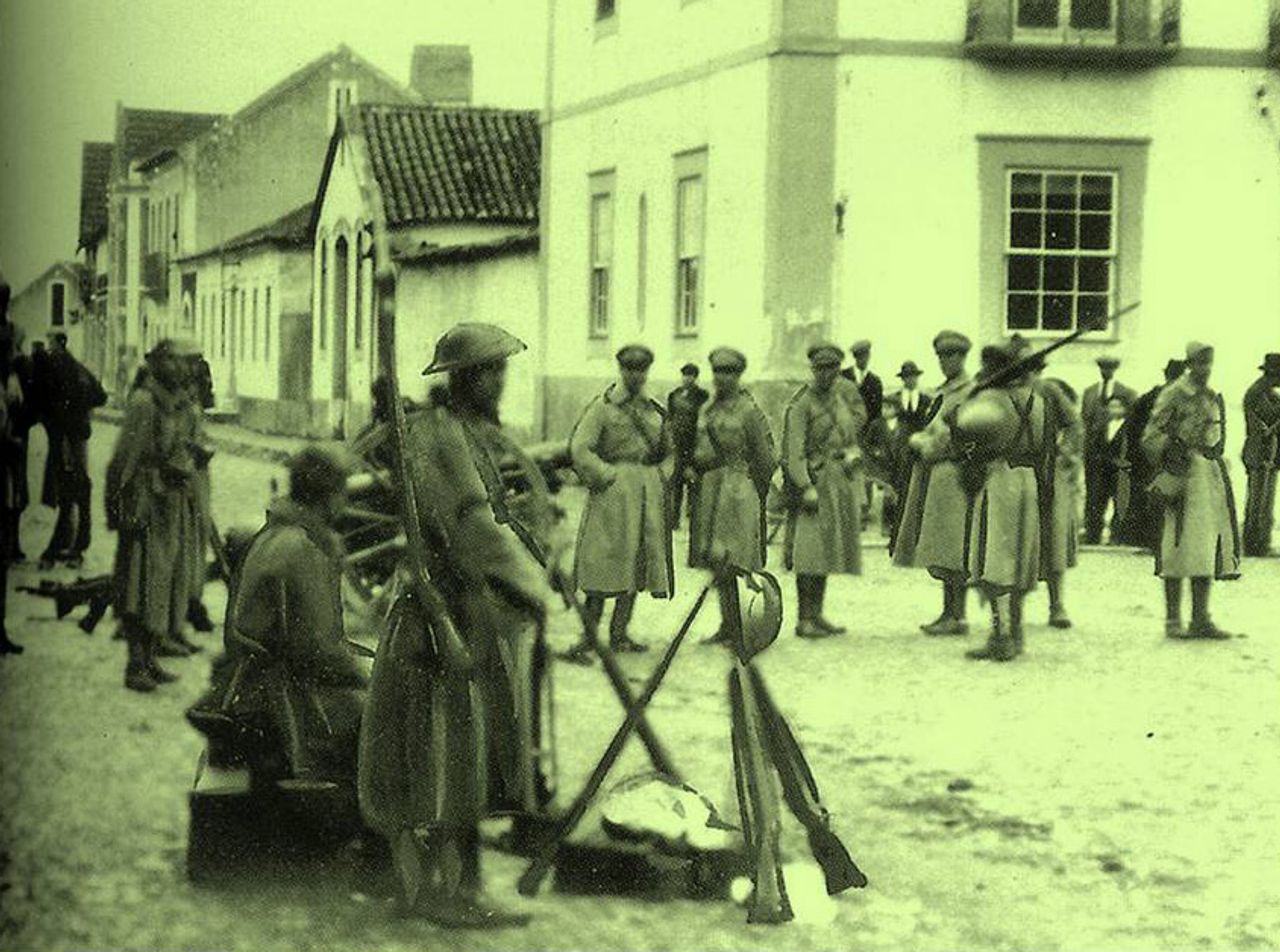 The exhibition includes the original 1936 letter authorising the construction of Tarrafal. That year, some 150 political prisoners arrived from the mainland, including those who had taken part in the 1934 insurrection, as well as sailors who had mutinied on two naval vessels in 1936.

They found themselves in a makeshift “camp”, a rectangle of 200 by 150 metres, bordered with a deep trench and surrounded with
barbed wire. For the first two years, the men were kept in canvas tents while work brigades built more-permanent structures. Guards took all their clothing and other personal effects.

Until its temporary closure in 1954 after national and international pressure, 360 men passed through the camp.

The desperate conditions took their toll, and the prison soon became known as the concentration camp of “slow death.” Edmundo Pedro recalled the maniacal raging of commandant Captain Manuel Martins dos Reis: “You have no rights here, you have only duties to fulfil. And do not be deceived—anyone who enters that gate will die. You will all drop like flies!”

At least 32 inmates did die between 1937 and 1948. Most were working class men in their twenties and thirties, and many were PCP members. Public pressure, including a huge demonstration in 1974, saw their remains eventually brought back to Portugal. 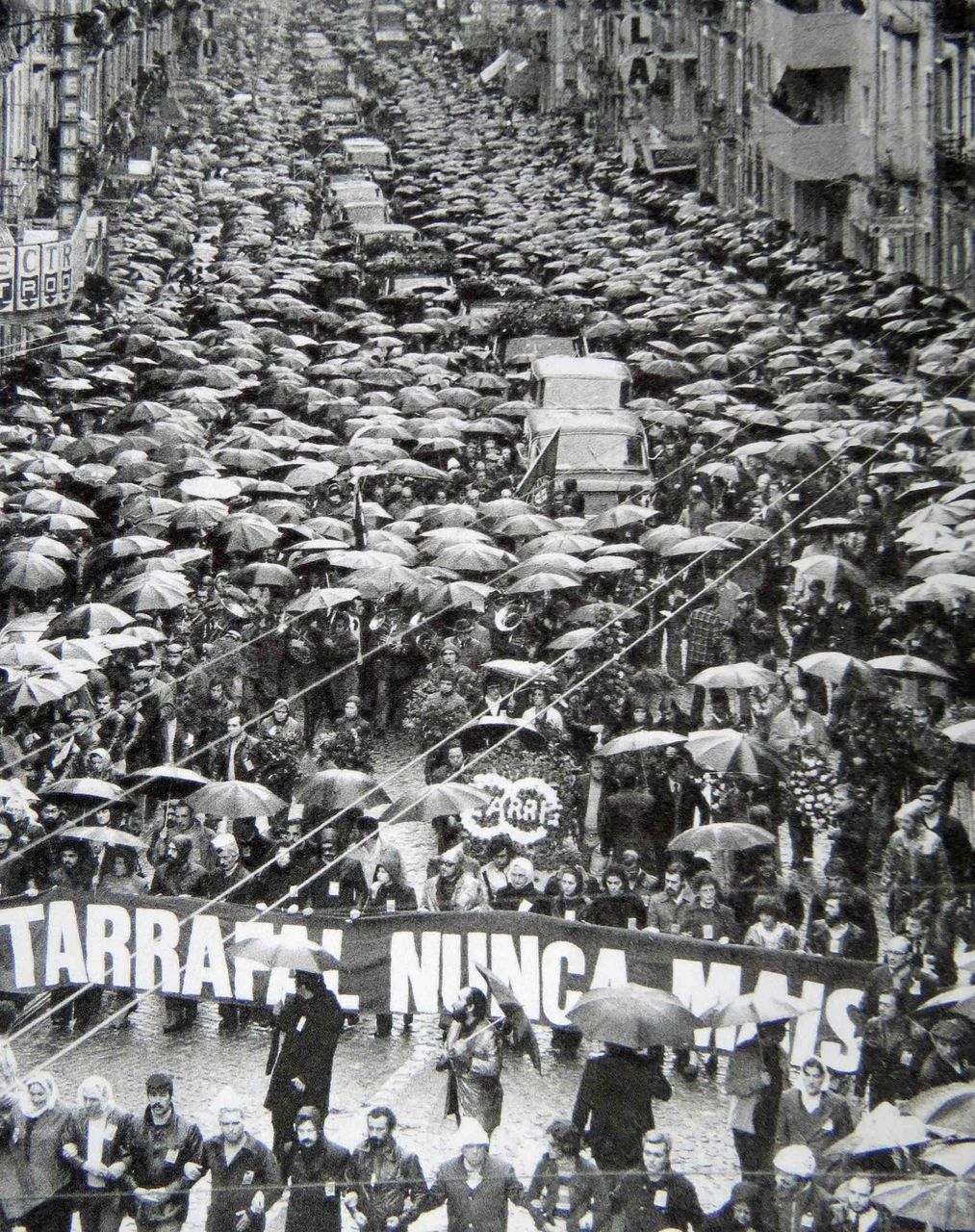 Gilberto de Oliveira recalls the punishment by isolation in the “frigideira”, or “frying pan”—depending on the season. “The feeding on alternating days meant bread and hot water on one day and bread and cold water on the other. … The punishment in the frying pan, therefore, consisted in isolation, starvation, slow asphyxiation, dehydration, sweltering heat during the day and abrupt cooling at night and, often, beatings.” Temperatures inside the concrete punishment cell reached 60 degrees Celsius [140 degrees Fahrenheit] and victims could spend days at a time there. One prisoner, Joaquim Faustino Campos, spent 108 days there.

The camp’s closing in 1954 was short-lived. In 1961, Tarrafal was reopened to imprison and torture a new set of political prisoners—those from the rebelling Portuguese colonies of Cape Verde, Angola and Guinea-Bissau. One recalled, “The disciplinary cell was a kind of tomb inside a warehouse. … At 3 p.m. it was already dark inside. Here I tamed sparrows.” 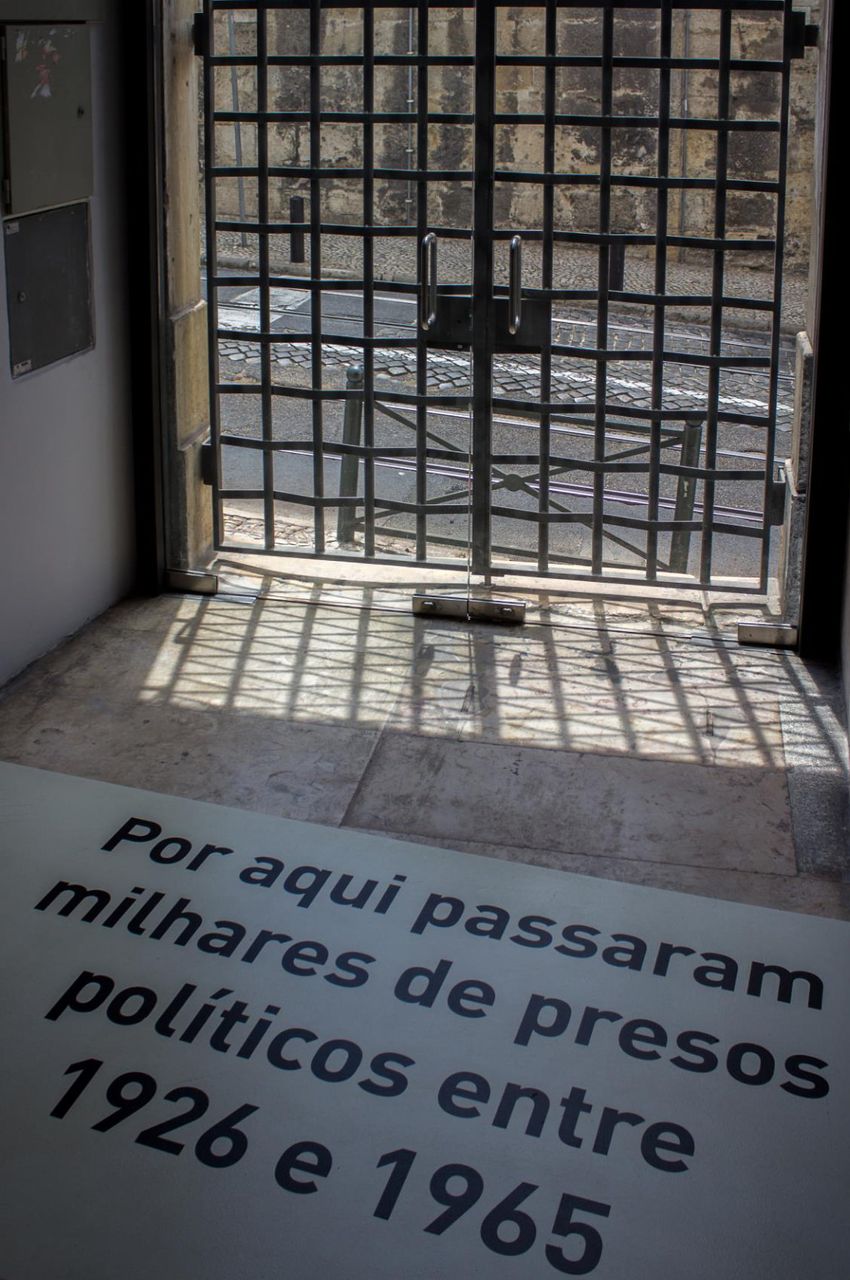 … [In the 1970s], compulsory military service in the colonial wars combined with low pay intensified grievances in the army and stimulated opposition, which developed into the Armed Forces Movement (MFA).

When the MFA launched a coup on April 25, 1974, it was intended to be merely a democratic renovação (renovation) or face-lift. But it inadvertently brought the masses onto the streets demanding more fundamental change. Workers began taking over factories, offices and shops, and peasants occupied farmlands. The revolutionary atmosphere spread among soldiers and sailors who marching alongside the workers, carrying banners demanding socialism. …

… The vast levels of social inequality and the ruling elite’s return to military rearmament and war can only be imposed through the suppression of “freedom and democracy” and by resorting to authoritarian forms of rule and fascism. The slogan “Never Again” runs the risk of ringing hollow, given the return of the fascist cancer throughout Europe—including Vox in neighbouring Spain. The Aljube Museum exhibition is evidence of the price the working class paid in the 20th century for the failure to overthrow capitalism.

A nostalgia for Salazar, a harsh line towards migrants, the ethnic Roma and the LGBT community are common traits for PNR and Chega. In its election manifesto, with the Trumpian slogan “make Portugal great again”, PNR promised to halt the construction of mosques and repeal the same-sex marriage law: here.