This August 2016 video from England says about itself:

The new seventh Duke of Westminster has inherited his father’s £9bn estate at the age of just 25 and has been described as now owning “half of London”.

Despite not being the eldest child of the late Duke of Westminster, who died at the age of 64 on Tuesday, and his wife Natalia, the new Duke will inherit the billion-pound fortune instead of his elder sister Tamara due to an archaic tradition.

The rule of primogeniture that dates back to the time of William the Conqueror sees legitimate male heirs take precedence over their older sisters when it comes to inheriting an estate.

The principle was described in 2015 as “archaic, mad and bonkers” by Lady Kinvara Balfour after her mother Lady Tessa failed to inherit Arundel Castle in West Sussex, which passed to her mother’s younger brother Edward, instead.

One of four siblings, the new Duke is a former student of countryside management at Newcastle University who has largely kept out of the spotlight, but is known to have thrown a lavish 21st birthday party for 800 guests at Eaton Hall which was reported to have cost £5m. …

Hugh’s mother Natalia, the Duchess of Westminster, is one of the Duke of Cambridge‘s godparents.

His sister, Lady Tamara, is married to Edward van Cutsem, whose brother William van Cutsem is also a godparent to Prince George. …

Hugh’s father, Gerald Cavendish Grosvenor, worth around £9.35bn, was said to be the 68th richest person in the world.

He owned land in Belgravia, an area adjacent to Buckingham Palace and one of London’s most expensive boroughs, as well as thousands of acres in Scotland and Spain.

By Charles Hixson in England:

Hugh Grosvenor, Duke of Westminster and the richest person in the world under 30, plans to evict tenants through the demolition of two residential blocks in Belgravia in order to build luxury flats and expensive shops.

In perhaps the most blatant example of social cleansing ever and the UK’s massive inequality of wealth, the 28-year-old Duke—who inherited £9.3 billion and his title after the sudden death of the sixth Duke three years ago—is to throw out tenants from flats in Cundy Street and nearby Walden House. Of the 141 people being evicted, eight are disabled, with some having lived in the blocks for as long as 40 years.

His Grosvenor Group plans to knock down a total of 111 homes in four blocks of Cundy Street Flats—Lochmore, Laxford, Kylestrome and Stack—by 2021, leaving Walden House tenants until 2023 to find alternative accommodation. 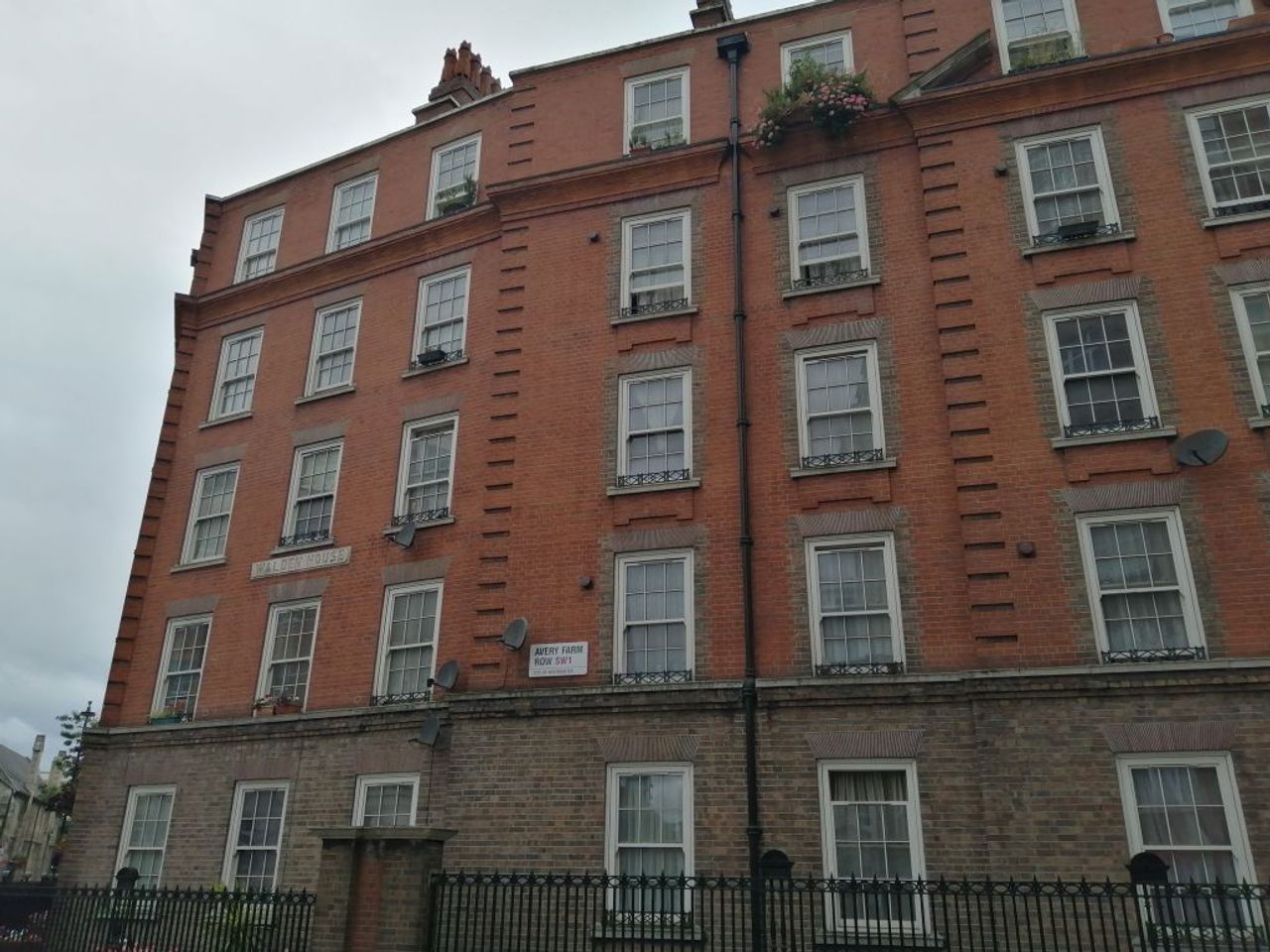 Grosvenor has labelled its proposed development as the “Cundy Street Quarter”, describing it as a “rare opportunity” to deliver open market affordable homes and “improved public spaces.”

Company director Paul O’Grady said, “Our ambition is to create a new inclusive neighbourhood that meets the needs of residents and businesses today while ensuring that it respects the area’s heritage and will stand the test of time.”

What is really being proposed is the turfing out of the community already living there to meet the requirements of London’s super-rich elite, who will benefit from the new luxury development.

The plans have met with immediate and forceful opposition from residents. A petition to Grosvenor, Westminster City Council, calling for the cancellation of the plans has garnered over 180,000 signatures. It states: “We are facing homelessness and the breakup of our community. We will not be able to afford similar housing in the area.

“There is nothing wrong with these beautiful buildings—Grosvenor just want to make more money. This is simply about putting profit before people. This is valuable land, and we are seen as getting in the way of building high-rise luxury investment flats.”

Campaigner Johanna Verweij, a leader of the tenants’ groups opposing demolition, described the project as “social cleansing”. “The people who live here come from all walks of life and we need to make sure people know that”, she said. “We now have a core group of campaigners who are just focused on getting the word out.”

Another tenant said, “This wonderful community being ripped apart! Some have been living here for decades and now being made homeless! Just all because of money and greed!” Another said, “All this will be demolished with families and residents displaced, all so one of the wealthiest developers in the world—Grosvenor—can make even more profits … Please help us save our homes.”

The two blocks are a tiny part of the vast tract of property and land owned by the Duke. The Grosvenor title is relatively recent. Queen Victoria created the dukedom in recognition of the family who had bought up much of central London. This included developing Mayfair in about 1720, Grosvenor Square in the 1820s, and then Belgravia. By the 1950s, the Grosvenors began developments in the US and Canada, spreading to Australia and Asia in the 1960s and 1970s. Their holdings in Britain remain immense, encompassing 133,100 acres (0.22 percent of the entire land area)—a greater total than that held by the Queen.

The Grosvenors share a close relationship with the Royal Family. The late sixth duke, Gerald Cavendish Grosvenor, was a good friend of Prince Charles. Prince William later asked young Hugh to be Prince George’s godfather, and he attended the christening at St. James Palace. Young Hugh’s 21st birthday party cost £5 million. The comedian Michael McIntyre entertained guests for 40 minutes, for which the Duke paid him £40,000.

This aristocratic family has vastly increased its wealth and influence, while avoiding taxes that most working families are subjected to. How this took place was partially revealed in the 2017 Paradise Papers—a leak of 13.4 million files, including archival documents from the offshore firm Appleby. Along with accessible information from the UK companies register, some of the hidden financial machinations of this powerful section of Britain’s aristocracy were revealed.

Five UK trusts have been used for generations to ensure wealth is passed down untouched. Under the scheme, trustees legally own and manage the assets, which they then distribute to a beneficiary. Legally, a 40 percent inheritance tax must be paid on any estate worth over £325,000 left to a charity or spouse. Since trusts are constructed when the settlor (person who constructs the trust) is alive, no tax can be levied.

A Grosvenor Estate spokesman insisted the family trust paid a 6 percent inheritance tax on its assets once every 10 years, required since 1984. This, however, is thought necessary to ensure continuity of ownership rather than to avoid an increased tax. There are also exemptions for trading businesses and agricultural land.

No public register of trust holdings exists despite the widespread use of this mechanism allowing the control of huge swathes of land and valuable properties. HM Revenue & Customs keeps a register of tax-paying trusts, but the public are not allowed to see it.

According to John Christensen of the Tax Justice Network, “The big issue is the way very, very wealthy families have for generations used trusts to pass assets on outside the sphere of inheritance tax. It is a glaring loophole. It’s a political choice to have it and it means dynastic wealth is passed down the generations intact, leading to a much greater concentration of wealth.”

In response to the growing campaign against their social cleansing, Grosvenor claimed, “We have been providing tailored support over and above what is required to help residents.”

They claim to be committed to meaningful public consultation and promise to include some social housing—after they destroy the homes currently rented through Conservative-run Westminster Council. “Through a sensitive but comprehensive development we can deliver a significant increase in much-needed housing for Westminster and more affordable homes as well as consider new uses like senior living,” states the Grosvenor Group.

Instead of contesting the Grosvenor venture, or even attempting to seek some compromise, Westminster Council is simply managing the social cleansing. …

The Labour Group on Westminster council declared, “Labour Councillors are supporting the residents of Cundy Street and Walden House against the demolition of their homes under Grosvenor’s proposals.”

More than 250,000 Londoners are currently on housing waiting lists. …

In taking their fight forward for the right to decent housing and stop Grosvenor’s plans, tenants must unite with all those fighting social cleansing in the capital and beyond.